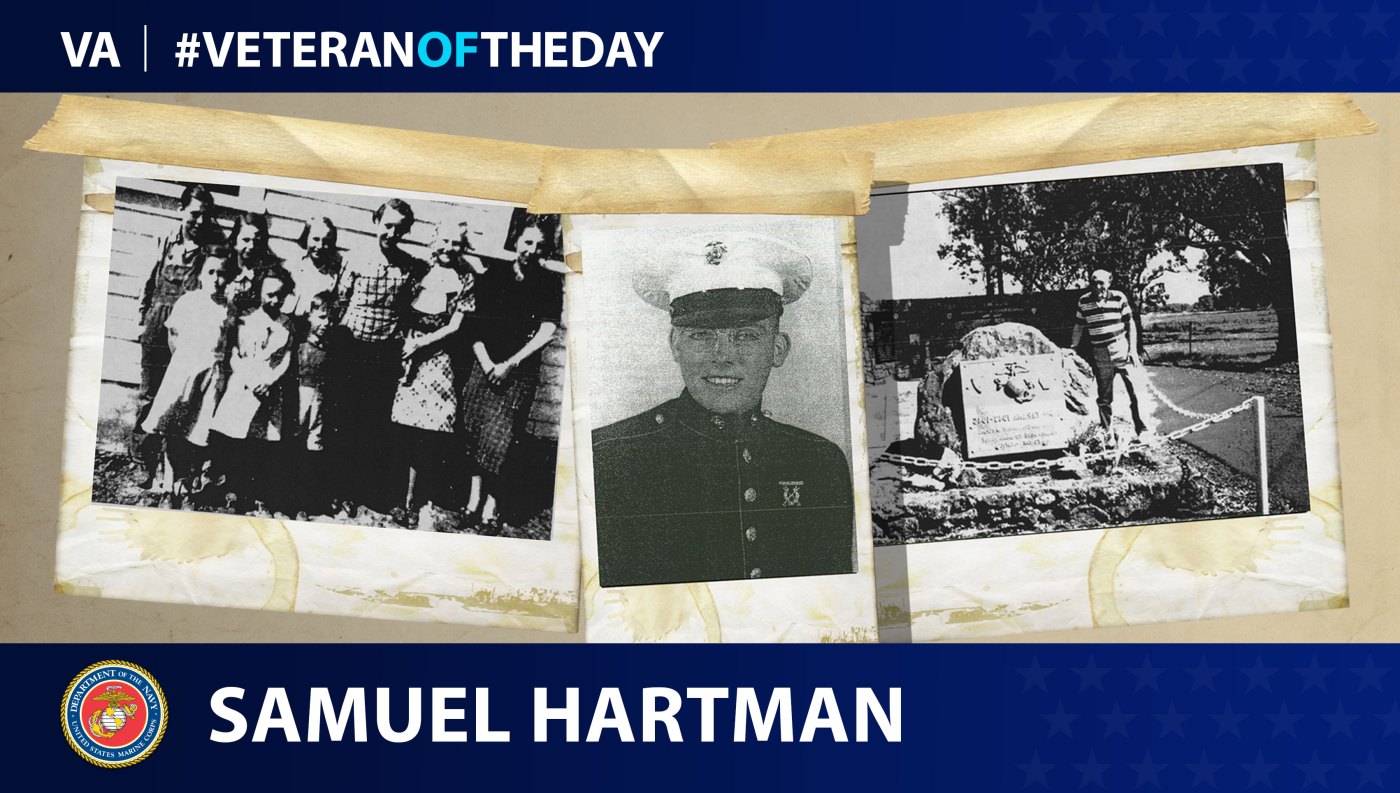 Today’s #VeteranOfTheDay is Marine Corps Veteran Samuel Franklin Hartman, who served in the Pacific during World War II from 1942 to 1945.

Samuel Hartman enlisted in the Marine Corps in 1942. He went to San Diego for recruit training.

When Hartman completed his rifle testing, he scored the highest in his group. He then went on to paratrooper training and served overseas in Guadalcanal. The battle was over at that time, so Hartman and his unit mostly trained. Here, they figured out that paratroopers were not going to work in the jungle, as the trees were too high.

Hartman then moved on to Vella Lavella in the Solomon Islands, where the Japanese bombed them day and night. Next, Hartman went to Choiseul where Japanese troops trapped the U.S. forces, and they had to evacuate the island, returning to Vella Lavella. At Vella Lavella, Hartman and a close friend were responsible for exploring and mapping the island. At one point, his friend sat down and began writing while they were walking around. He said he had a feeling he would not make it back. A Japanese patrol then shot at them, and killing Hartman’s friend.

Afterward, Hartman returned to the United States where his paratrooper unit disbanded. He then went back to Iwo Jima. He was wounded, and the wound was so severe that he was put on a hospital ship. They put him in the line of people not expected to survive. Hartman did make it and the Marine Corps discharged him in 1945.

He used his GI Bill to go to San Diego State, eventually going into the insurance business. Hartman then invented a type of punch-card voting machine and spent three years trying to get states to adopt it.