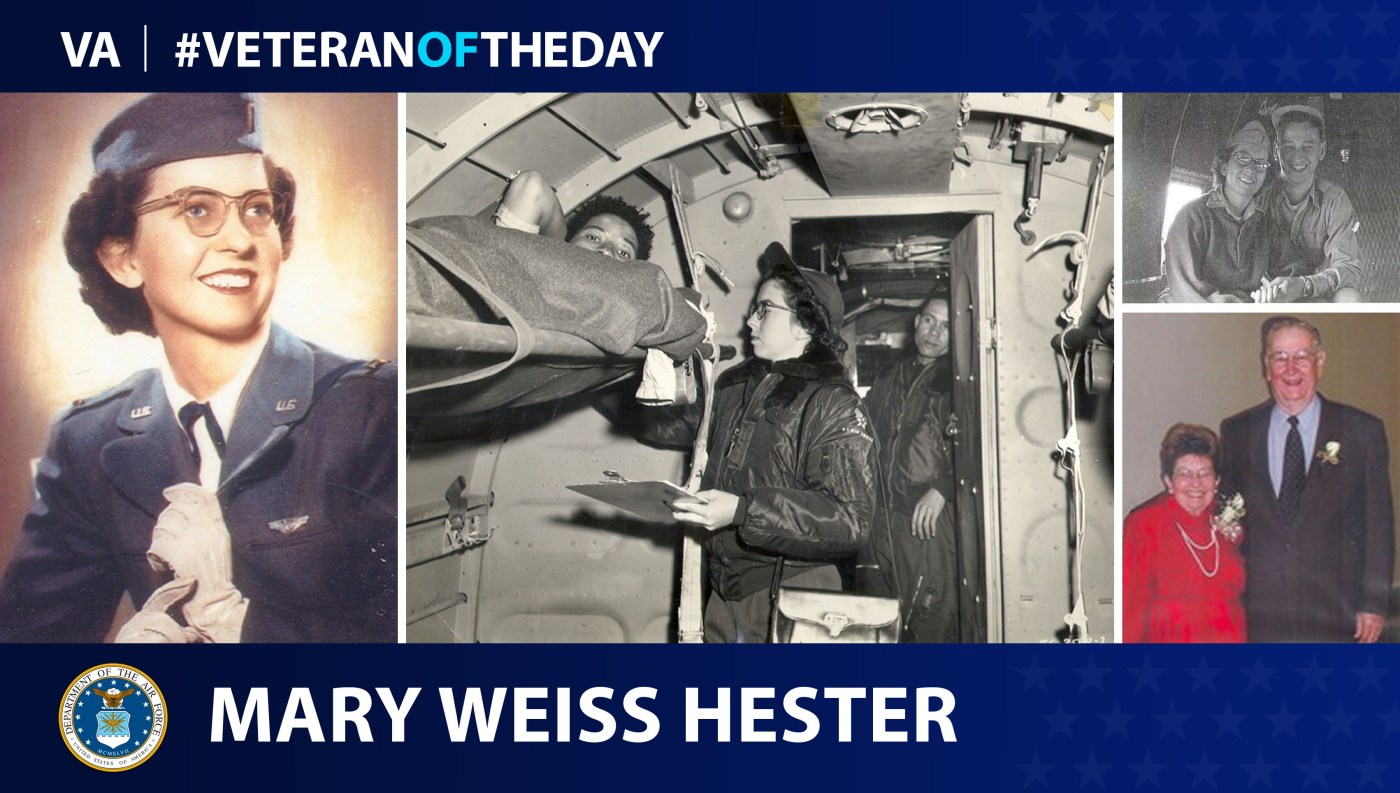 Today’s #VeteranOfTheDay is Air Force Veteran Mary Weiss Hester, who served during the Korean War as a flight nurse.

Mary Weiss Hester grew up in Howe, Indiana. She decided to attend the Memorial Hospital of South Bend School of Nursing. In her final year of school, Hester joined the Air Force. Her father served in World War I and her brothers also served in World War II and in Japan, so Hester continued the family legacy.

After she passed her state board medical exam, she entered the service April 16, 1951. Hester volunteered to go to Lowry Air Force Base in Colorado and then on to Montgomery, Alabama, for flight school. She learned how to treat patients at altitude and help with evacuations.

After flight school, Hester went back to Lowry. She served with the 801st Medical Air Evacuation Squad and later, the 90th Strategic Reconnaissance Wing. Then, she received the opportunity to fly to Japan. For 14 months, Hester logged about 760 hours of flying between Japan and Korea treating patients. While she was abroad, she met her future husband, Kenneth Hester, and they were married while in Japan.

Hester returned to the United States in June 1953. She became a civilian nurse and when her husband returned from service, they started a family together. In 1997, Hester and her husband were able to return to South Korea to receive medals from the government as thanks for their service. It was a memorable experience. Hester passed away in 2019.