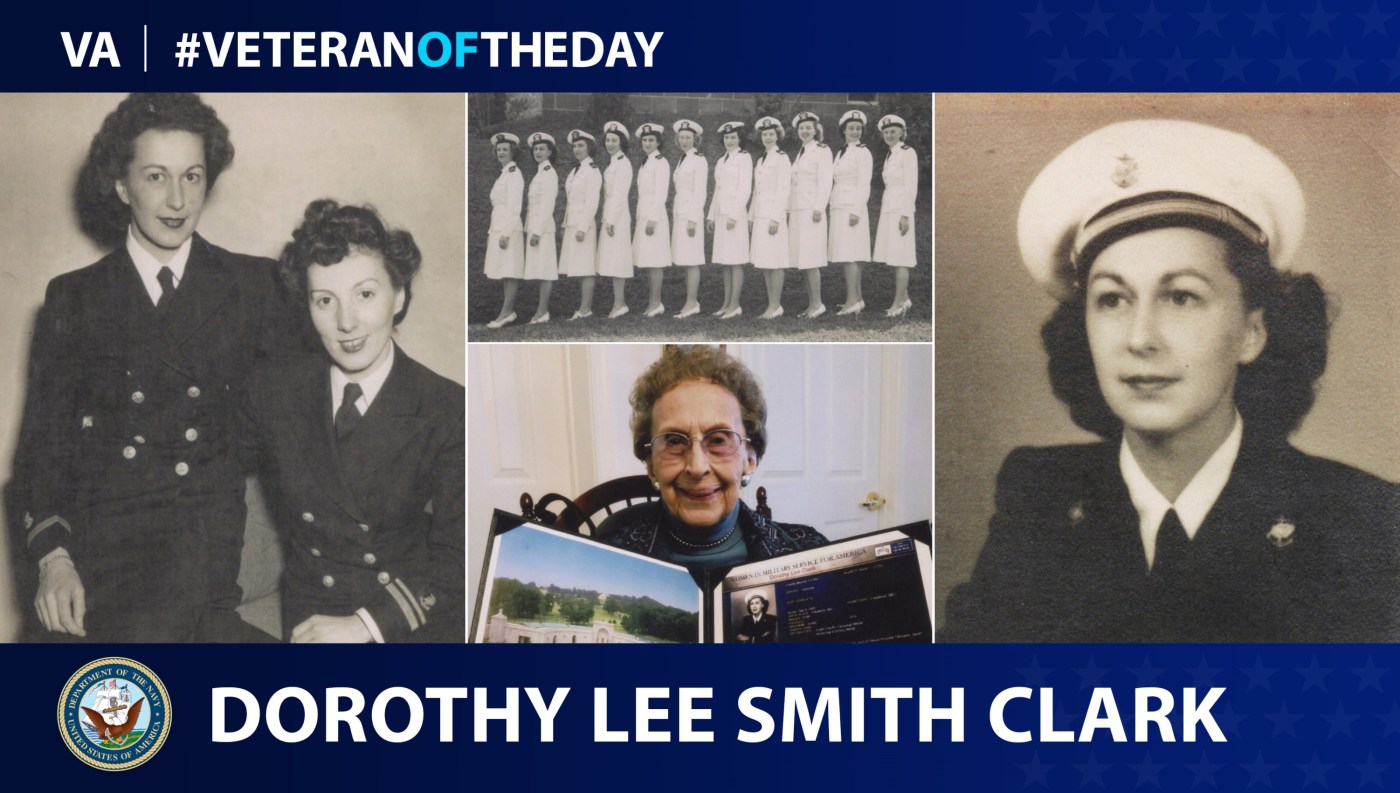 Dorothy Lee Smith Clark, nicknamed “Dottie,” attended a three-year nursing school program. She went to St. Agnes Hospital in Maryland right after she graduated high school. It wouldn’t be until after joining the Red Cross that she would join the military. Clark joined the Navy because the “war was eminent, and I had to decide which branch of the military to go into.”

She began her time in the Navy in July 1943 and immediately joined as an officer. Her main duty at the Naval Medicine Center was to train the Women Accepted for Volunteer Emergency Service (WAVES), a program that was part of the U.S. Naval Reserves. Clark said she liked being able to teach the WAVES because teaching was what she wanted to do growing up. However, Clark became a nurse because there wasn’t much money for her to attend college.

Aside from her station in Bethesda, Maryland, Clark also spent a couple of months in Guam and about a year in Okinawa, where she cared for wounded service members. The Navy discharged Clark in March 1946, just months after Victory in Japan Day in late 1945. She was a lieutenant junior grade.

After returning home from the war, Clark moved to Wyoming where she later met and married her husband. They stayed married for 43 years and lived in 11 different states before he passed away in 1990. Clark received a degree in sociology and a master’s degree in counseling, which she would later use in her career as an alcoholic counselor in New York.