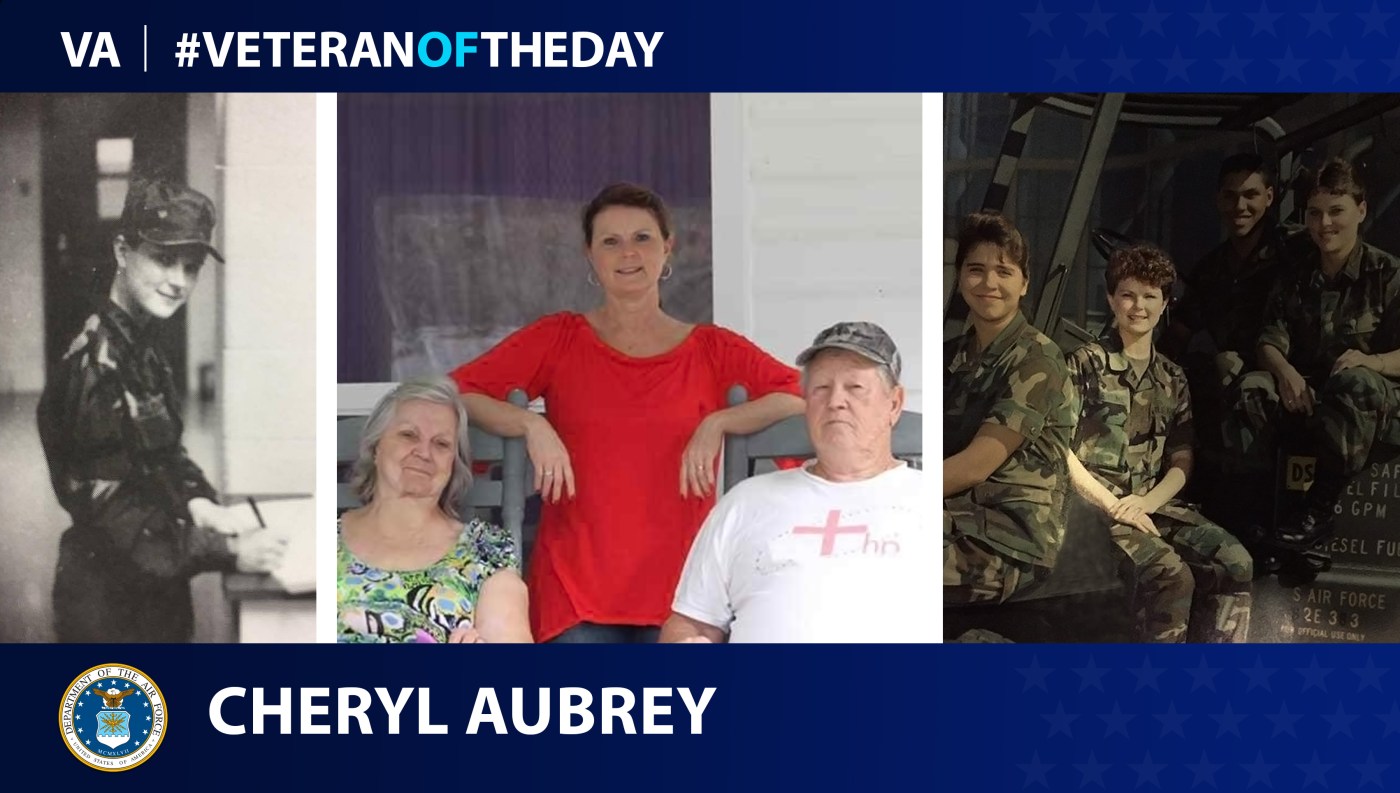 After working after her high school graduation in central Florida, Cheryl Aubrey joined the Air Force in 1989. She followed in the footsteps of her father, Ray Valentine, who also served in the Air Force.

In 1991 the Air Force assigned Aubrey to the 49th Fighter Wing at Holloman Air Force Base in New Mexico. She provided logistics support to the F-117 Stealth fighter program until 1993. She left the Air Force with an Air Force Commendation and Air Force Achievement Medal.

Since leaving the Air Force, Aubrey continues to support her fellow Veterans through her work at the VA in Pittsburgh, Pennsylvania. She’s also the president of Operation Vet Now, Inc., a non-profit organization that helps Veterans struggling with mental health issues.