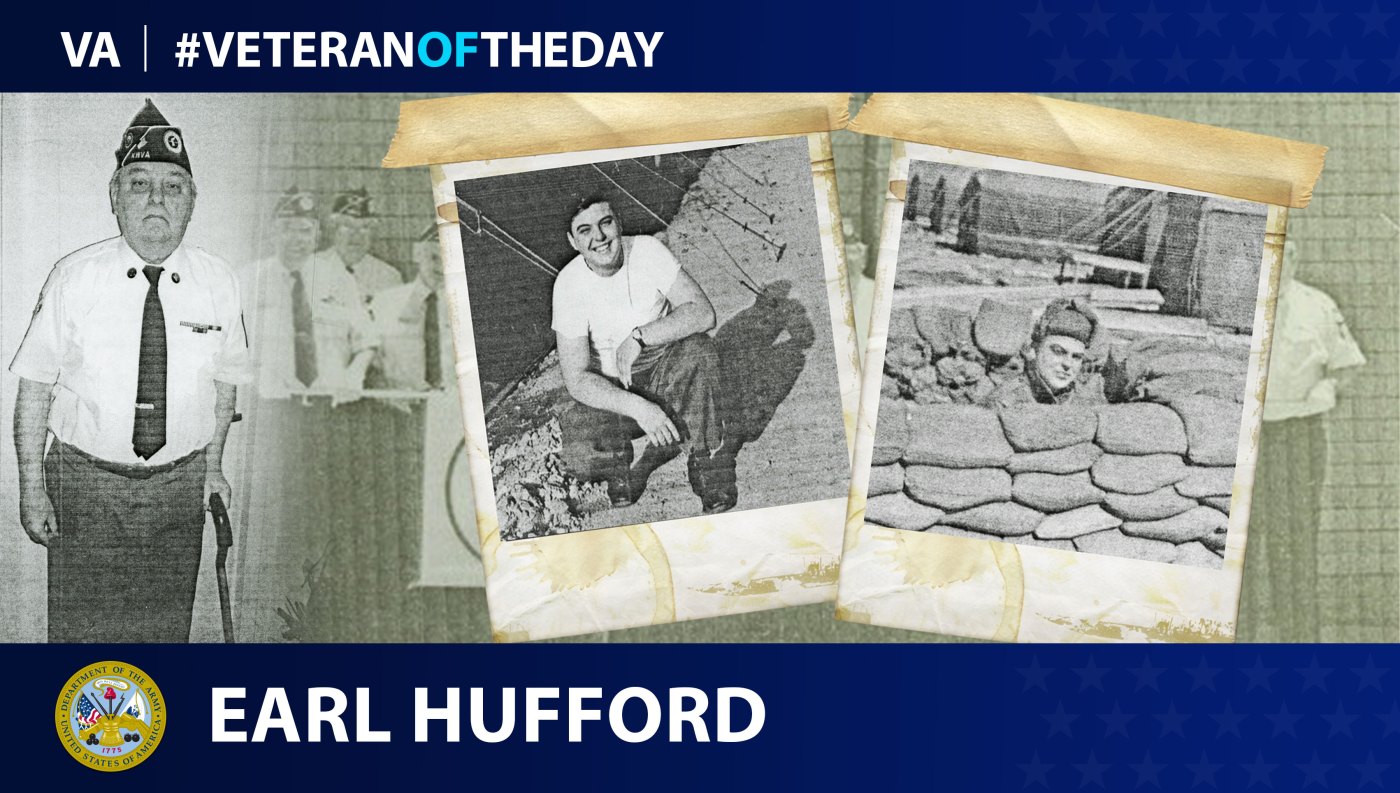 Today’s #VeteranOfTheDay is Army Veteran Earl R. Hufford, who served as a medical technician in a MASH unit during the Korean War.

The Army drafted Earl Hufford in 1951. He went to Camp Pickett, Virginia, for basic training, as well as some medical training. Hufford received more medical training, such as learning how to do autopsies, while at Fort Sam Houston, Texas, and Fort Leonard Wood, Missouri.

Hufford eventually deployed to Korea. On the ride over he was seasick the whole way. When it was his turn for guard duty, shipmates had to tie him to the ship so that he would not fall overboard because of how sick he was. When he landed in Korea, Hufford first helped the corpsmen take care of the servicemen during the invasion of Inchon.

Hufford later transferred to the 11th Evacuation Hospital in Wonju, South Korea. He had a license to be a minister and at first, he assisted the chaplain. Hufford started a newspaper for the hospital and helped the chaplain with his services. He then helped with the injured and assisted with surgeries. North Korea often bombed and specifically targeted the hospital, leading them to take its red cross marker down.

Hufford also went to North Korea where he helped take care of injured North Korean soldiers. After this, he went back to the evacuation hospital and then was transferred to a Mobile Army Surgical Hospital Unit.

Hufford discharged in 1953. He later received letters from patients he treated and even the president of South Korea, thanking him for his service. Hufford went on to work as a gardener and then as a head custodian. He also helped found a local chapter of the Korean War Veterans’ Association.