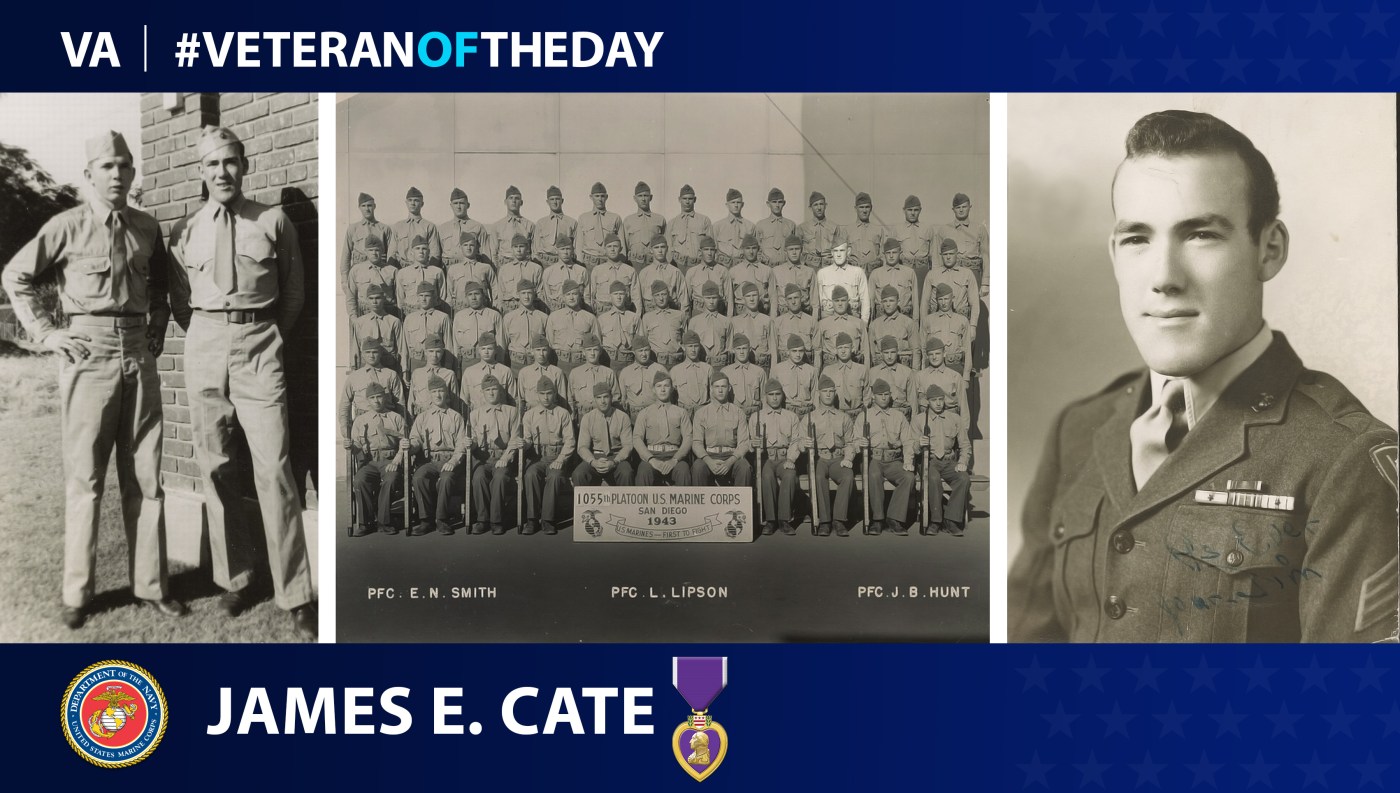 Today’s #VeteranOfTheDay is Marine Veteran James Cate, who was injured during combat in Iwo Jima, earning him a Purple Heart.

After graduating high school, with the dreams of becoming a paratrooper, James Cate enlisted in the Marine Corps. A previous sports injury ultimately prevented Cate from achieving his previous goal of jumping out of planes, but he instead became a Marine Raider.

The company went to Hawaii after completing their initial training in California. Eventually, they went to Iwo Jima to aid in the effort there.

On the fourth day in Iwo Jima, one day before the iconic raising of the American flag, Cates’ sergeant asked for his help in rescuing a tank driver. Enemy combatants surrounded the trapped driver. Cate didn’t hesitate and said he would help.

Operating a grenade launcher, Cate tried to rescue the trapped soldier, but the enemy combatant’s response cut their effort short. An explosion sent volcanic rock and ash into the eyes and face of Cate, leaving him severely injured.

After corpsmen rescued Cate, they took him to the hospital ship Good Hope to receive treatment for his injuries. His face and eyes received substantial damage from the rock and ash, ultimately leaving him permanently blind in one eye and partially blind in the other. Cate then returned home to continue his recovery at the Navy Hospital in Philadelphia, where he received a Purple Heart and discharged.