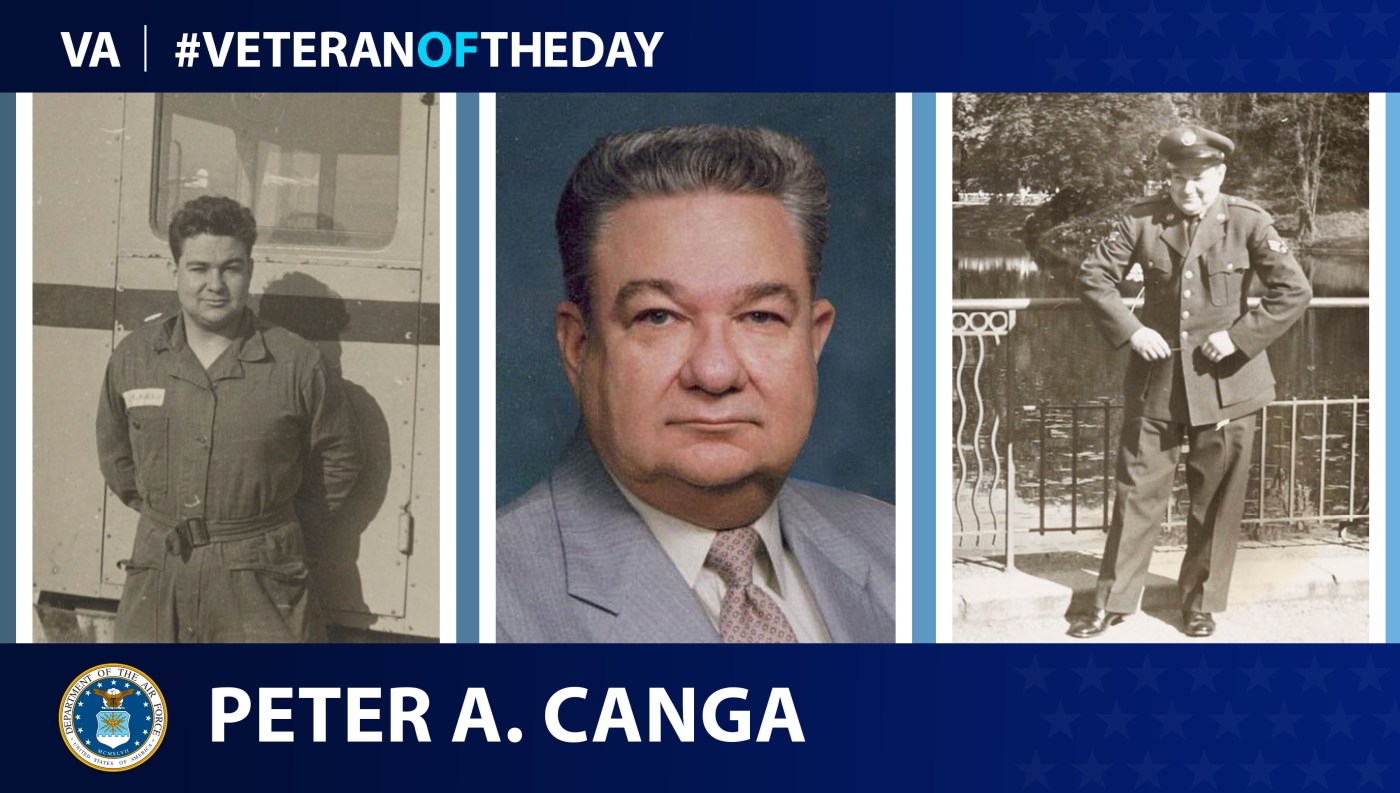 Today’s #VeteranOfTheDay is Air Force Veteran Peter Canga, who served as a mechanic, flight engineer, and a maintenance analysis technician.

Over the course of his Air Force career, Peter Canga served as a mechanic, flight engineer, and a maintenance analysis technician.

Born in New York City, Canga moved around the world with his family, as his father was a member of Peruvian Air Force. Canga lived at the air bases with his father. When World War II began, they returned to Peru.

After he graduated from high school in Peru, Canga went to the U.S. where he worked as an ice cream vendor. On the way to an unemployment office, he visited a recruiter who encouraged him to join the U.S. military. Canga believed that he would be a natural fit due to exposure to military life since his father served. He enlisted in the U.S. Air Force in 1947 and trained as a mechanic.

After training at Lackland Air Force Base in San Antonio, Texas, and Kessler Air Force Base in Biloxi, Mississippi, Canga went to Germany where he took part in the Berlin Airlift. While there, he learned more about aircraft from working with two German aircraft mechanics. Following the airlift, Canga went to Wiesbaden Air Force Base. Then he transferred to the 60th Air Base Group in Houston, Texas, where he passed the test for flight engineer training. He graduated in 1953 as a flight engineer after successfully completing his training, which focused on aircraft electrical systems and hydraulics. The Air Force then transferred him to Okinawa where he served aboard aircraft patrolling just outside Korean and Chinese airspace.

Over the remaining 17 years of his Air Force career, he continued to serve at Air Force bases in Missouri, Greenland, Spain, and England, spending the last two years as a maintenance analysis technician. He retired in 1970.

After his service, Canga became an independent businessman and taught English as a second language.

More of Canga’s story can be found here.