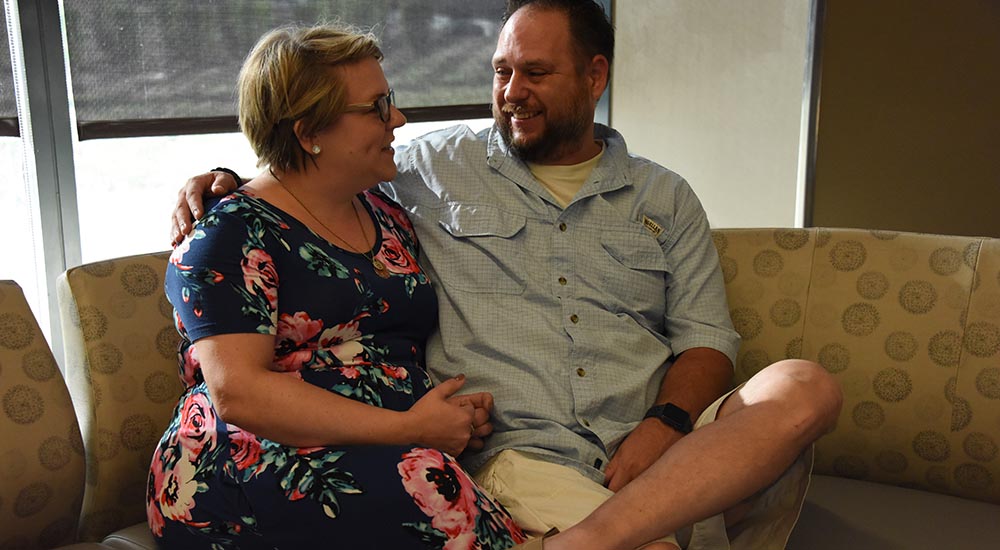 Falling in love is easy. Birds do it. Bees do it. But staying in love? That’s much more difficult. In the United States, it is estimated that 50 percent of marriages end in divorce. Our nation’s heroes face even greater odds: Veterans are 60% more likely to separate or divorce than non-Veterans.

There are many different reasons Veteran couples have more marital difficulties than non-Veterans. There are stressors like back-to-back deployments while one or both spouses is active duty. Or reintegrating into the flow of everyday life after deployments or upon leaving the service. Or a non-Veteran partner being unable to relate to their Veteran, and vice versa. Are all possible causes of strife.

Adding to the problem, the coping skills Veterans learn on active duty are very different from those better suited to intimate relationships: “Toughing it out” versus sharing feelings, and exchanging ideas rather than giving orders.

VA is doing something to help Veterans and their loved ones combat these challenges. The Warrior to Soulmate (W2SM) program was designed to help these couples improve communication. They learn healthy conflict resolution skills, expand their emotional awareness of each other and deepen their connection and intimacy.

W2SM encourages healthy relationships that promote whole health and well-being for both the Veteran and his or her partner.

“We need to learn how to talk to each other”

W2SM is not traditional couples’ therapy. Instead, it is a boot camp-style skills training, done in a small group over one hyper-focused weekend. Marine Veteran Nolan “Buddy” Joseph Boudreaux III and his wife Lorna “Lorie” decided to try W2SM at the New Orleans Veterans VA Medical Center.

Lorie said, “We’re both very aggressive personalities. I can communicate with anyone but him. We need to learn how to talk to each other in a more productive and healthy way. It had been getting to where we just exist in the same house.”

“Communication is the biggest hurdle in our relationship,” agreed Buddy.

Lorie continued, “We argue, we bicker, we get so frustrated with each other. We get so defensive, both of us.”

Defensiveness can be common in intimate relationships

A Warrior 2 Soulmate class in session.

“We are asking for a connection, but there’s a fear of that vulnerability, of ‘What if my partner won’t receive that?’ implicitly driving that disconnection,” said Blaine Wilson. Wilson is a licensed clinical social worker, certified sex therapist and part of the W2SM program.

“The program is interactive and gives couples practical tools they can use in their relationships with each other, as well as with other important people in their lives. It helps each half of the couple get to a deeper place as individuals to strengthen the couple as a whole.”

On the second day of W2SM, Lorie said, “I feel like this program has given us some tools to be able to mold our reactions. It’s not that I can’t react, but I have to learn the best way to react. It’s going to be very different how I react to him than how my mom and dad reacted to each other.

“Neither of them was military, neither one of them had been in combat. The way that I react to him has to be better. This has given us the tools to react to each other better. We never looked at it that way. Doing that is one of the biggest things we learned. Looking at the relationship, not at the individuals.”

“That was huge for me, too. I never thought about it like that,” agreed Buddy.

“You’re gonna get so much out of it”

“I ask them, ‘What is it like to maybe have a different marriage, a different relationship?’” Wilson said. “I want the class to understand that change happens in a very purposeful way. I know that change can be difficult but it’s absolutely worth it and I hope they all continue to grow.”

Freshly graduated from the program, the Boudreaux’s were both glad they gave W2SM a chance.

“If you’ve ever considered trying it, it’s well worth it,” said Buddy. “The time you invest in it, you’re gonna get so much out of it. Honestly, yesterday we thought, ‘We’ll go today and if we don’t like it, we won’t come back Sunday,’ but halfway through yesterday we both looked at each other and said, ‘This is awesome, we want to come back tomorrow.’”

Lorie agreed. “Do it. Be open minded to it. You’ll see other couples that are struggling, and it’s not necessarily the same, but you can relate. And like me, being the non-Veteran partner, with the other three non-Veteran partners in this group, you feel so much less alone.

“I have so much appreciation for the couples in this room. And the facilitators. We don’t have friends who are military-connected back home. I’m very appreciative that everyone came in here and opened themselves up. It’s a very good feeling to know you’re not alone.”