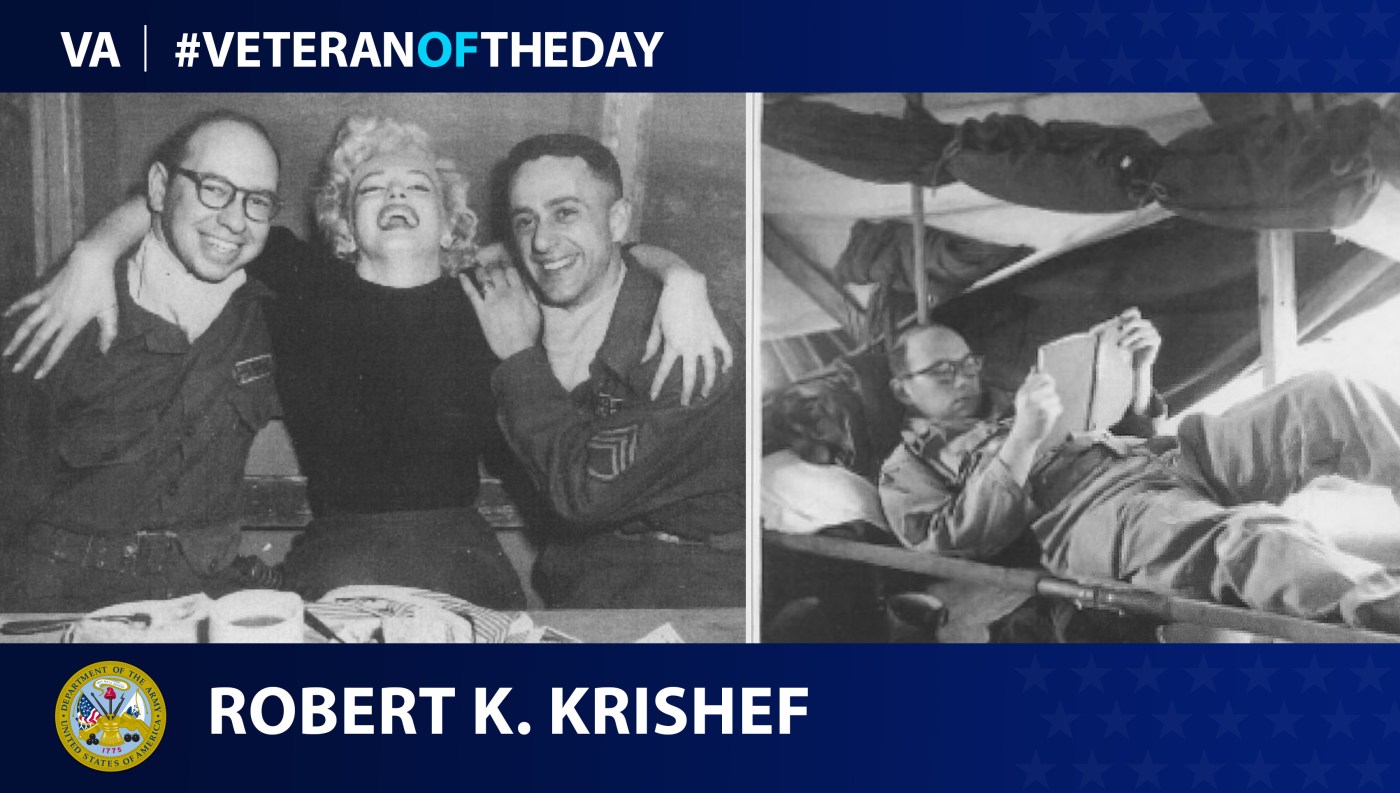 Today’s #VeteranOfTheDay is Army Veteran Robert K. Krishef, who served as a public information officer during the Korean War.

In 1952, Robert Krishef worked as a journalist for the Minnesota Daily News before the Army drafted him. After completing basic training at Fort Indiantown Gap in Pennsylvania, a doctor told him he would not be going overseas, as he had bad feet and eyes. Despite these issues, Krishef still went overseas to Sasebo, Japan and Busan, South Korea. He served with the 38th Infantry Regiment, 2nd Infantry Division, at Camp Hovey in Dongducheon, South Korea, as a clerk. Krishef and his unit received artillery fire when he arrived in July 1953, but North and South Korea signed an armistice July 27, 1953.

Krishef eventually obtained a transfer to the Public Information Office, writing stories that were published in the Stars and Stripes and Army Times. After the armistice in 1953, Krishef became a non-commissioned officer and was in charge of the public information office. One of the most memorable moments for him was when film star Marilyn Monroe visited soldiers at Camp Hovey. Since Krishef was in the public information office, he was among those responsible for making arrangements for Monroe’s visit. Krishef also wrote a sports column for the division newspaper. The Army discharged him in 1954.

After his service, Krishef attended the University of Minnesota and received his master’s degree in journalism. Following his graduation, he worked as a reporter in Waterville, Iowa, and for the publication American Jewish World as an editor and general manager. After a stint freelance writing, Krishef worked at an advertising agency in Minneapolis as a public relations writer. Krishef also published a country music newspaper, wrote children’s books and created a resume writing service before retiring in 1998.

After watching the tragedy Sept. 11, 2001, he joined the Veterans of Foreign Wars.

Krishef passed away in November 2015.