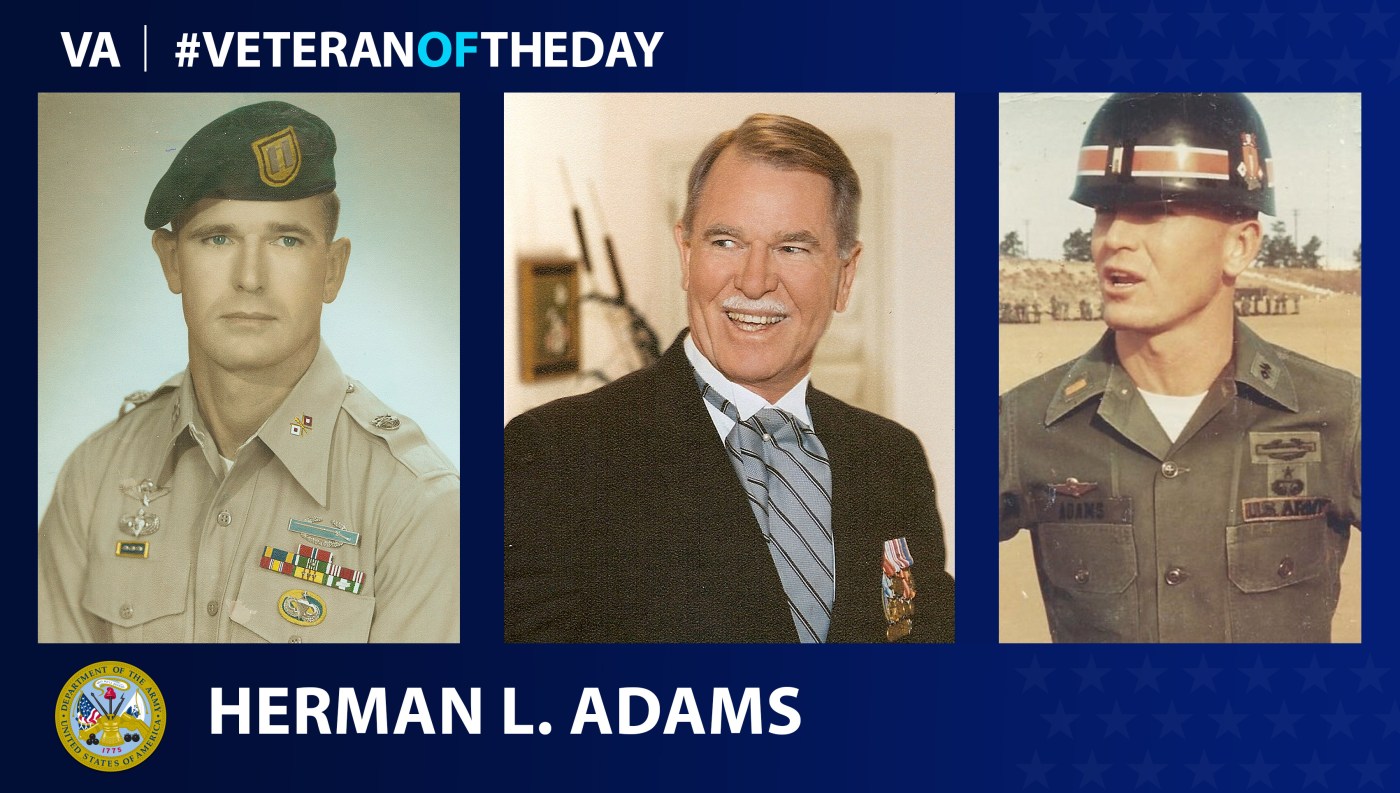 On the 43rd anniversary of the creation of Delta Force, today’s #VeteranOfTheDay is Army Veteran Herman L. Adams, one of the original members.

The Army drafted Adams Oct. 4, 1961. In 1964, the Army selected Adams as a Green Beret. He specialized in communications and was assigned to multiple groups including, 1st, 3rd, 5th, and 7th. Adams also commanded the Alpha Company, 82nd Signal Battalion in 1974.

In 1977, Adams became one of the original members of Delta Force. He served under Col. Charlie Beckwith, the unit’s creator and commander. During this assignment, Adams completed missions involving counterterrorism, hostage rescue, and special reconnaissance. In 1980, Adams took part in Operation Eagle Claw during the Iran hostage crisis.

Adams retired from the Army in 1983 after more than 21 years in service. He then took a job with Motorola’s Government Electronics Division as a project manager. In this position, Adams used his military experience with communications and electronics to support U.S. Army Special Operations for 18 years.

After his retirement, Adams spent his days traveling in his RV and watching NASCAR. He also enjoyed playing golf and helping his children with home remodeling projects.