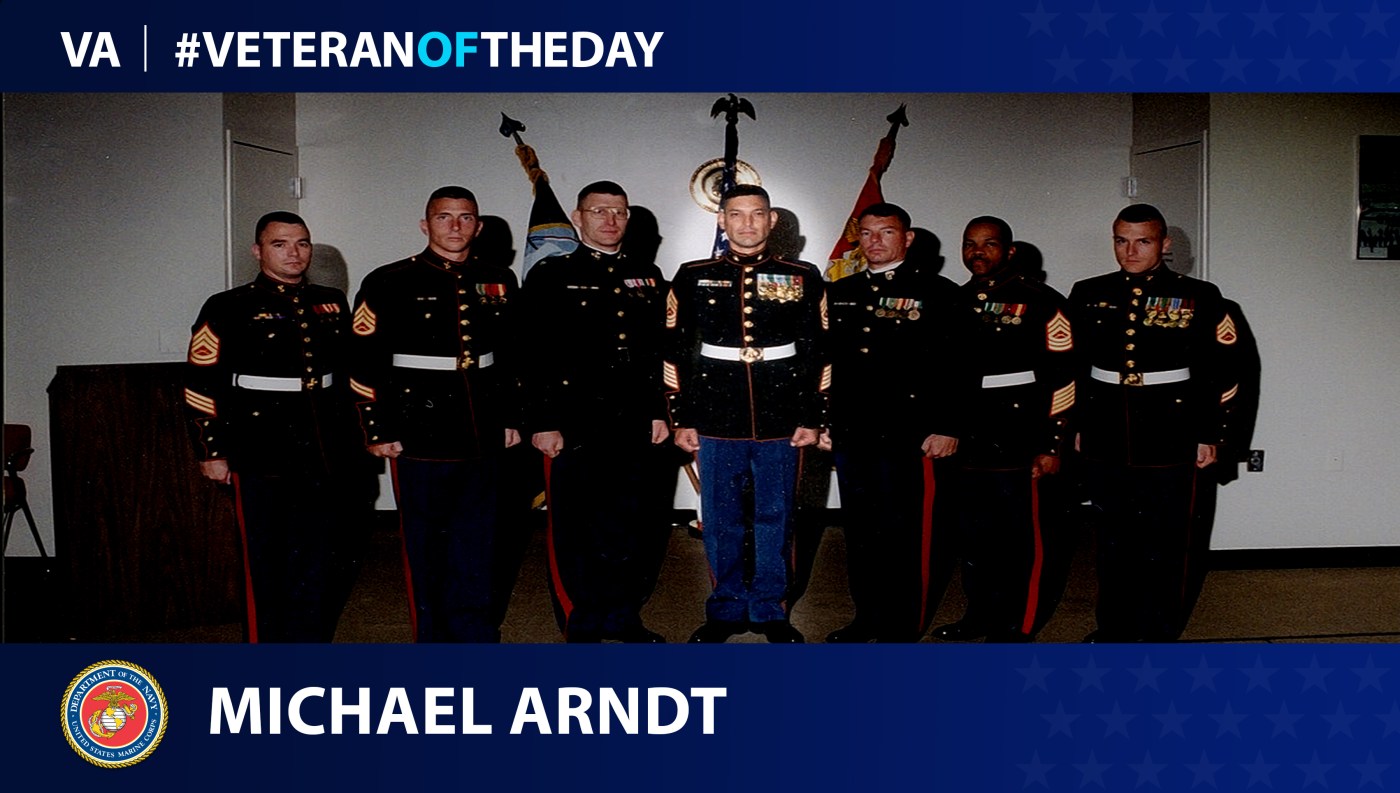 In the 1970s, as many of his friends returned from Vietnam, Michael Ardnt worked at McDonald’s. His friends talked about their experiences in Vietnam, fascinating Ardnt with their stories. Then one day, he saw five Marines come into McDonald’s, and at that moment, he decided to go down to the recruiter’s office and sign up.

After basic training, Ardnt volunteered for a Marine recon unit but soon decided to make a lateral move to the computer field. He programmed the massive computers of the 1980s.

On Sept. 4, 1990, he deployed to Saudi Arabia during Operation Desert Shield. Every couple of days, his unit moved closer and closer to the border with Kuwait in the blazing heat of the Middle Eastern sun. On the Kuwait border, while waiting for the ground war to start, Ardnt remembered going outside one day and seeing planes taking up the entire sky as the air war began.

In Saudi Arabia, Ardnt set up systems to send information from the battlefield commanders back to the generals. Being in charge of computer systems came with some added benefits like not having to pay extremely high phone bills. Instead, he used the computer to call home to his wife. Ardnt said he thoroughly enjoyed his work. While never seeing combat in Iraq, he described the incredible devastation from burning oil fields to the destruction caused by cluster bombs.