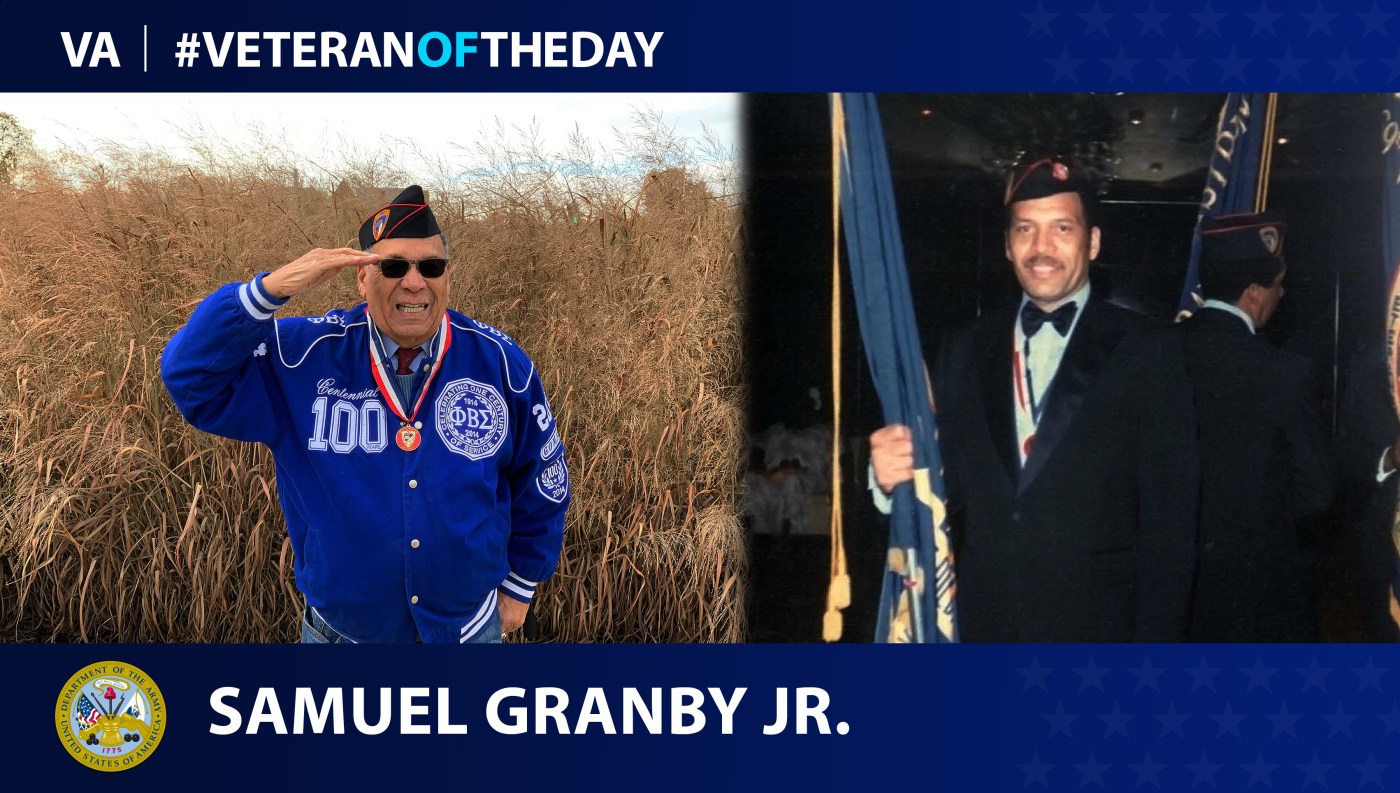 Today’s #VeteranOfTheDay is Army Veteran Samuel Granby Jr., who served in a hospital and records unit during the Korean War.

The Army drafted Samuel Granby Jr. in May 1953. Granby attended basic training at Fort Dix in New Jersey, which is now known as Joint Base McGuire-Dix-Lakehurst. In Granby’s 15th week of basic training, lightning struck him. He had to be hospitalized for about three months. While Granby recovered in the hospital at Fort Dix, the Army assigned him to remove the bodies of service members who had passed away from the wards.

After his hospital release, the Army assigned Granby to Fort Jay, now a National Monument, on Governor’s Island near Manhattan, New York. He worked with a Machine Records Unit and also played on a basketball team. Granby set a record for the fort of 43 points in a single basketball game. In May 1955, Granby received an honorable discharge. He earned a National Defense Service Medal and a Good Conduct Medal.

After leaving the Army, Granby married and attended the McAllister Institute of Embalming in New York City, New York. He also worked a full-time job with the U.S. Post Office. He worked at a funeral home until he opened his own in New York City in 1984.

Granby is a member of the 369th Veterans Association of Westchester County. He also works as a consultant at the funeral home he opened and lives in Bronxville, New York, with his wife of 63 years.