Veterans and caregivers turn to free CaringBridge sites for support 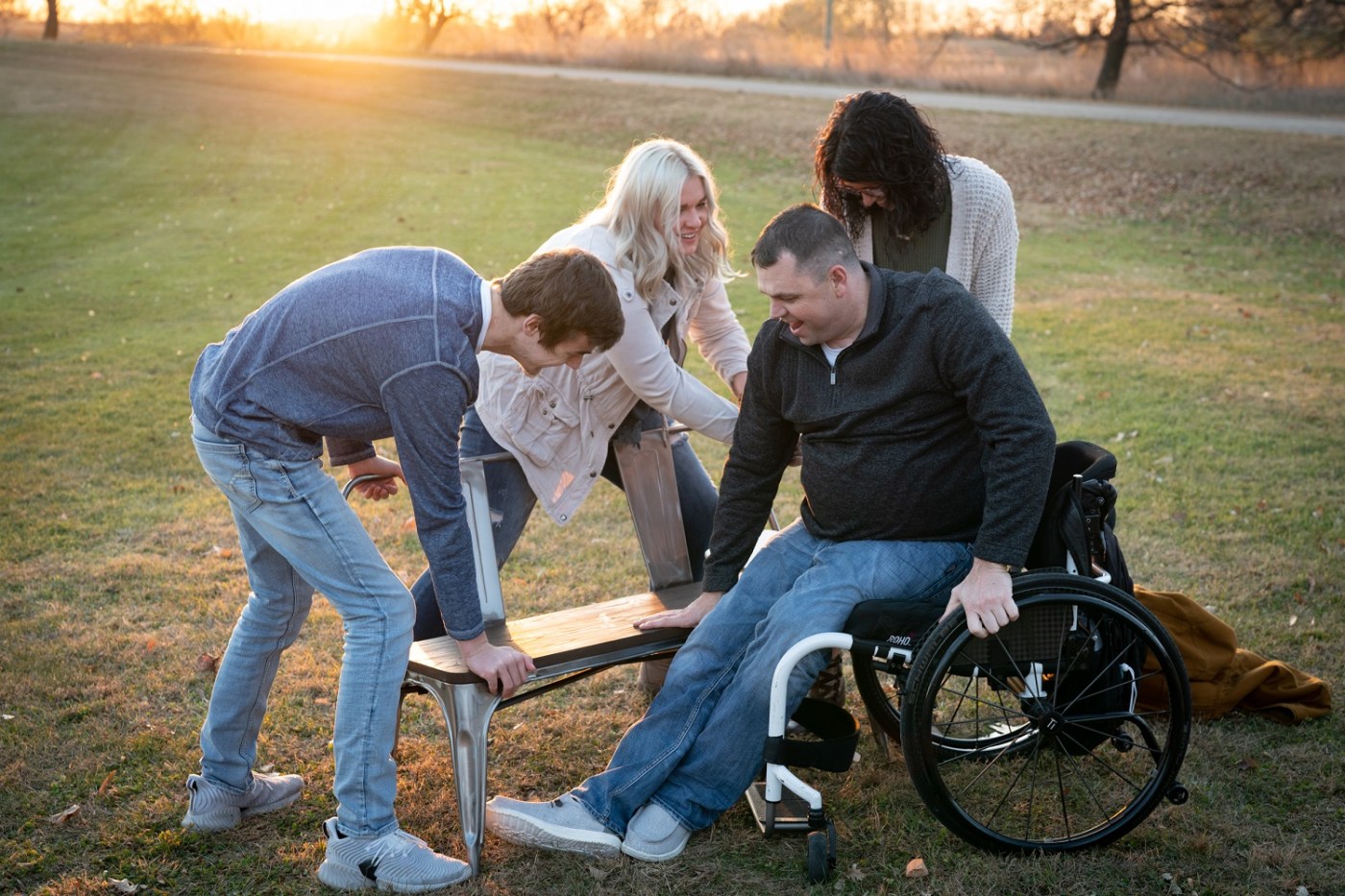 Through a partnership between VA and CaringBridge, Veterans and their caregivers can use free CaringBridge social sites as a place of help, hope and healing.

CaringBridge is a nonprofit social network dedicated to helping family and friends communicate with and support loved ones during a health journey with a free, personal and protected website. It takes only a few minutes to create a site and share an update on your health and then invite your family, friends and peers to your site to receive strength and encouragement from your community.

There are many stories of CaringBridge families who receive the support of their loved ones to emotionally heal during difficult times. Army Veteran Jeff Edwards is one of these stories, who used his community to keep going after his injury.

Jeff Edwards of Herman, Minn., fell from roofs and crashed dirt bikes as a kid, parachuted into dangerous places with the U.S. Army’s 82nd Airborne Division, and faced potential harm for 13 years as a sheriff’s deputy and SWAT-team marksman. Breaking his neck in shallow water, while on vacation in Mexico in 2015, was not something Jeff had ever imagined.

“It was just a freak accident,” he said. “I got rolled by a wave and hit the crown of my head on the bottom of the ocean… instantly paralyzed.” Jeff said he remembers thinking, “All the dangerous and dumb things I have done in my life, and a wave takes me out?”

After a medical evacuation—securing an air ambulance that required up-front payment of $30,000 became longtime girlfriend Dani Murdoff’s first act as a caregiver—Jeff had surgery at Abbott Northwestern Hospital in Minneapolis to stabilize his spinal cord. And then he set his first goal: going home.

During his health journey, Jeff and Dani built a CaringBridge site to update family and friends and to request support. CaringBridge allow families to easily reach out in times of medical need. Jeff and his family let their community know their needs through journal posts and directing them to the Ways to Help section of their CaringBridge site.

“I hated being in the hospital,” Jeff said. “They said I would have to be there for at least three months, and then I would be in [physical] rehab for six months.” But after just one month, he transferred to the Spinal Cord Injury & Disorder Center at the Minneapolis VA Health Care System.

Doctors at the VA, where Jeff was eligible for treatment as a Catastrophically Disabled Veteran, also thought it would take six months for him to master a wheelchair, bathe, dress, cook and learn to drive with hand-controls. But in three months and 10 days, Jeff “checked all the boxes” of self-sufficiency.

He then went home to figure out his next steps with his family, friends and law enforcement community that had rallied around him.

Making the transition home and moving on

While Jeff was in the hospital, Dani put up for sale the two-story house they had been restoring and put into motion plans for building a place with an open floor plan and no stairs. Next on the to-do list was a new line of work. “Obviously, I couldn’t be a law enforcement officer,” Jeff said. “You have to be able to chase the bad guys.”

Through the VA and Paralyzed Veterans of America, Jeff landed a work-at-home job with a computer-storage company based in New York. He wanted to quit on Day 2. “It was completely different from what I was used to, and way out of my knowledge base,” he said. “But I’m not much of a quitter, so I figured I would give it a week… and within the first month I started catching on.”

Although “not a quitter” sums up so much, Jeff said he still thinks about the day his life changed.

“Every day there are ‘what-ifs,’” he said. “I think, ‘What if I had just hung out at the pool that day? Or gone across the street to shop? Or had not even gone on vacation?’ How different my life would be.”

While he said he feels entitled to those thoughts, Jeff won’t let them take over. He also refuses to be consumed by anger. “So many guys with injuries like this are angry with the world,” Jeff said. “But I look at it like, ‘This was my fault… something I did to myself.’ Granted, nature had a little hand in it, but I made the decisions that led up to what happened.”

Advice on healing and saying yes to help

What remains difficult is being on the receiving end of help. “Learning how to say, ‘yes’ to help was very, very hard. And it still is,” Jeff said. “But I am getting a little better.”

And life offers so many opportunities to practice. Jeff is handy—his workshop gives him away—so talking son Jake through repair of things out of Jeff’s reach offers an exercise in bonding.

He also enjoys hunting and fishing, which remain possible thanks to an all-terrain wheelchair. Being outdoors and doing activities he loves is good for Jeff’s soul, although having to depend on Dani or daughter Briona to load the track-chair onto its trailer is yet another reminder of how life has changed. Reconciling the before-and-after like this is at the core of Jeff’s healing process.

For Jeff, healing is a mix physical and mental. And while he does not pretend to have all the answers, he has this advice for others: “For me to heal, I had to push myself. Maybe you’re not going to be 100%, but you’re going to be at 100% of what you are capable of at a time. The stronger you can stay mentally, the better off you will be as a person. Try to do the best you can, with what you have. That’s what healing means to me.”