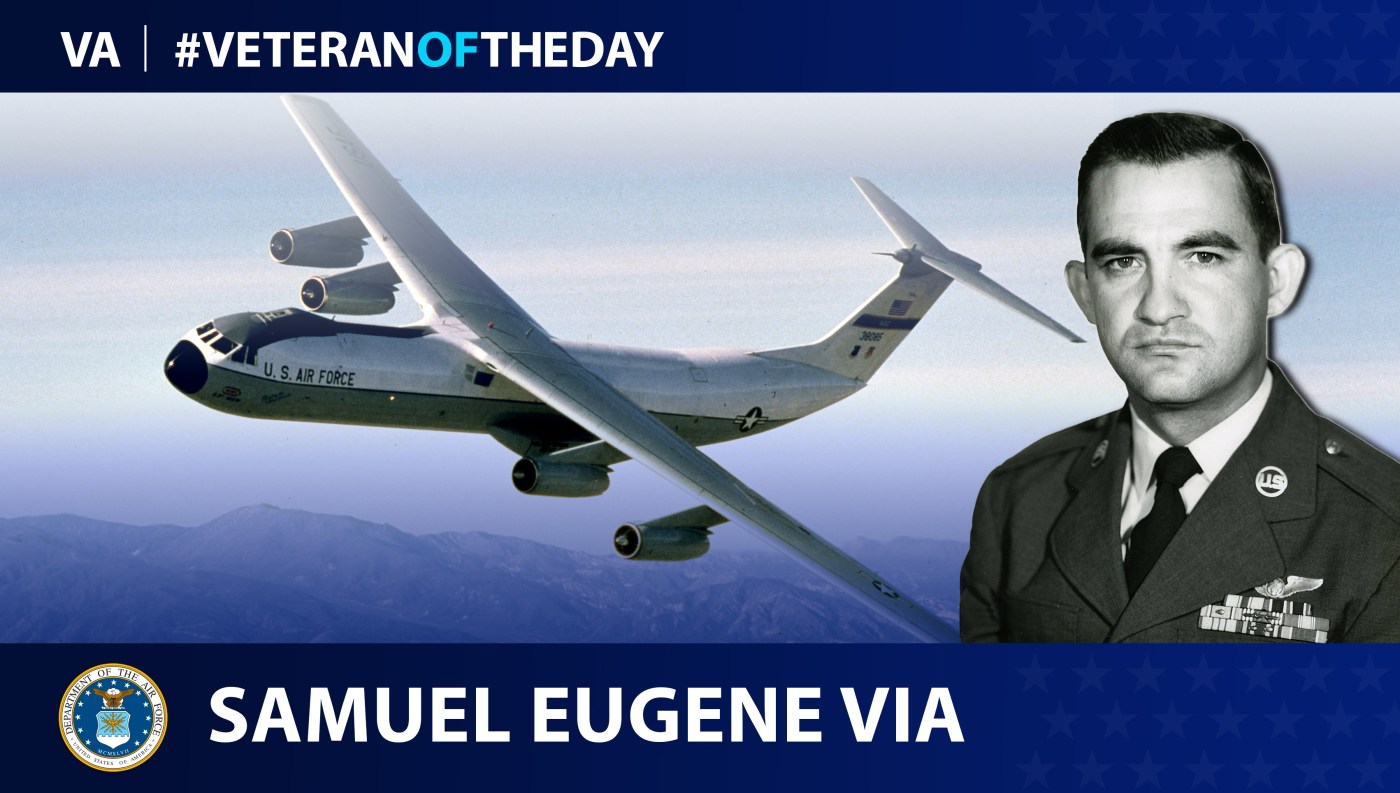 Today’s #VeteranOfTheDay is Air Force Veteran Samuel E. Via, who served as an aeromedical evacuation technician during the Korean War and the Vietnam War.

Samuel E. Via joined the Air Force in 1954. He served during the Korean War and Vietnam War as an aeromedical evacuation technician.

Throughout his tour in Korea and three tours in Vietnam, Via’s service involved evacuating and transporting wartime casualties to areas where they could receive further medical care. As an aeromedical technician, Via flew C-141 and C-130 missions. His role was essential to reducing battlefield deaths, as aeromedical evacuation squadrons were trained to keep patients stable in-flight.

Afterward, Via went on to perform multiple temporary duty assignments in Southeast Asia and the United States. He retired from the Air Force in 1974 at the rank of technical sergeant. Via’s additional awards and decorations include two Air Force Commendation Medals, a Korean Defense Medal, a Vietnam Service Medal and an Air Force Outstanding Unit Award.

Upon returning to civilian life, Via worked as a lieutenant in the Knox County Sheriff’s Corrections Division. He is retired and currently resides in Kodak, Tennessee.