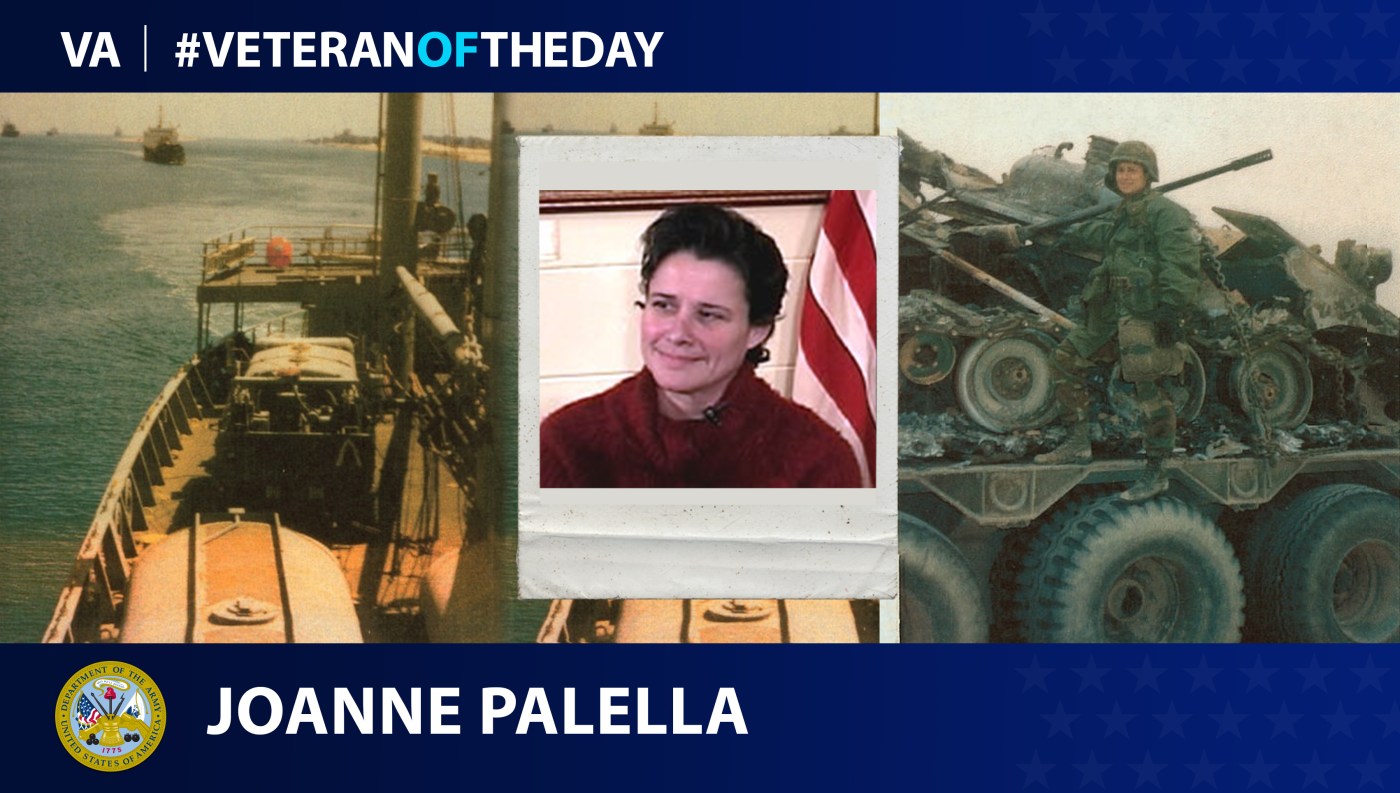 After dropping out of high school in her birth state of Illinois, Joanne Palella wanted to give more meaning to her life. So, she enlisted in the Army and began her service in 1981. After enlisting, she served throughout the United States and in Mannheim, Germany. Once the Persian Gulf War began, Palella deployed to Kuwait as part of Operation Desert Storm.

As an ammunitions expert and truck driver, Palella hauled M-1 Tanks, Bradley Tanks and transported explosives. Her most memorable experience during deployment was providing meals to Kurdish children with her convoy. While on leave, she enjoyed the opportunity to visit Bahrain. She also fondly remembered backpacking and mountain biking through 19 different countries while stationed in Europe.

During her service, Palella received an Army Commendation Medal with oak leaf cluster and a National Defense Service Medal. She was also awarded the Kuwait Liberation Medal.

After her service ended, Palella worked as a locomotive engineer and conductor. She eventually realized that life wasn’t for her and went on to earn a master of education with her GI Bill benefits. She said she is grateful for her military service and believes it positively impacted her by helping her to appreciate the smaller things in life. Palella said she still stays in touch with many people she met in the military and considers them lifelong friends.