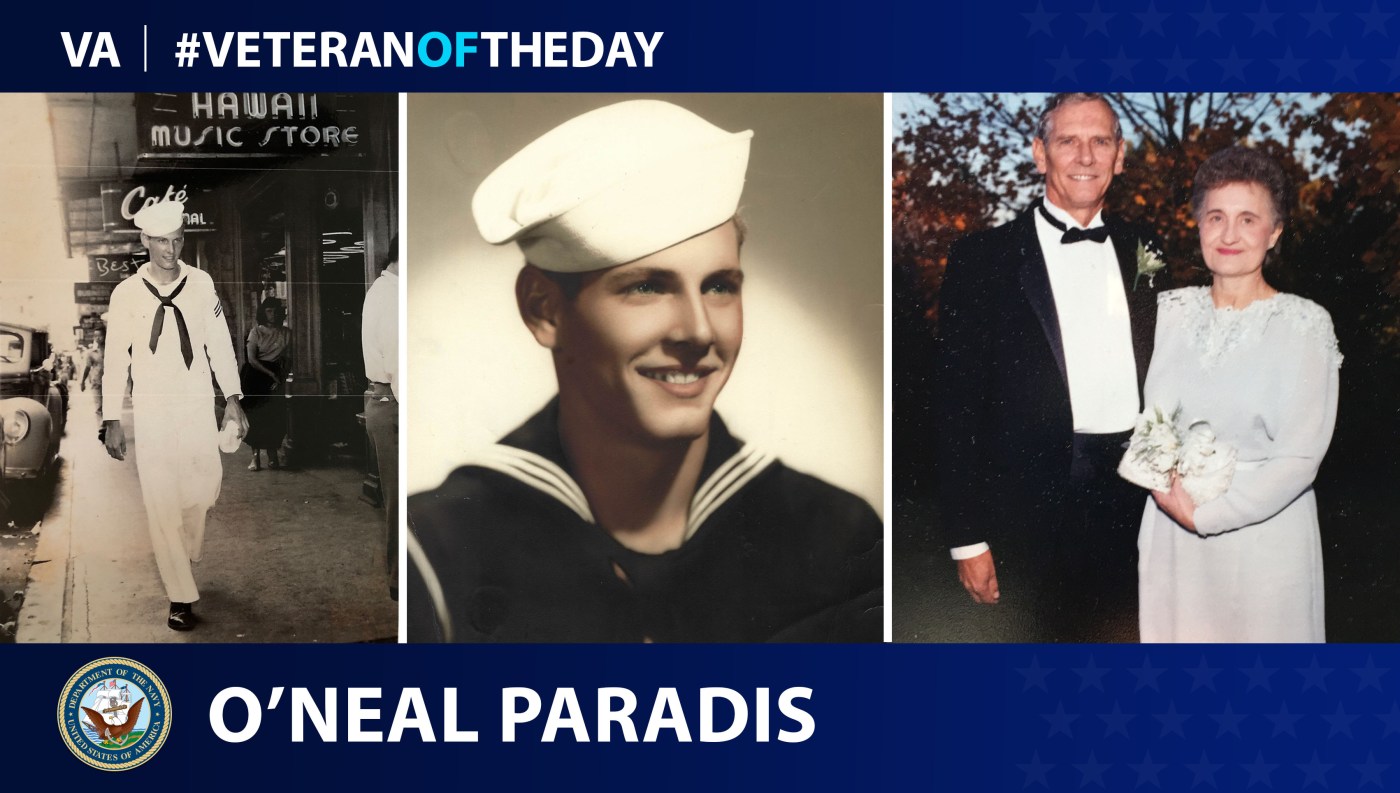 Today’s #VeteranOfTheDay is Navy Veteran O’Neal Gordon Paradis, who served during World War II and in the Korean War before using his GI Bill.

During his service in the Navy, Paradis was assigned to carrier support units with the USS Leyte (CV-22) and the USS Kearsarge (CV-33). He then served on the USS Antietam (CV 36), USS Doyle (DMS 34) and USS Firecrest (AMS 10).

During the Korean War, he served on the USS Doyle. The ship’s crew earned four battle stars for mine sweeping and fire support operations. In addition to the World War II Victory Medal, Paradis received the National Defense Service Medal, the Korean Service Medal and the United Nations Service Medal for Korea.

After the Korean War, he returned home to Maine and went to Fort Kent State College on the GI Bill and earned a bachelor’s degree in education. He taught elementary school for 27 years including two years in Caribou, Maine, and 25 years in Southington, Conn. Paradis is a life member of the Veterans of Foreign Wars and the American Legion. He belongs to the National Education Association.

Paradis was predeceased by his loving wife of 61 years, Louella, in 2012. Together they raised three children.  He lives in Rotonda West, Fla., and he loves visits from his six grandchildren and 10 great grandchildren.