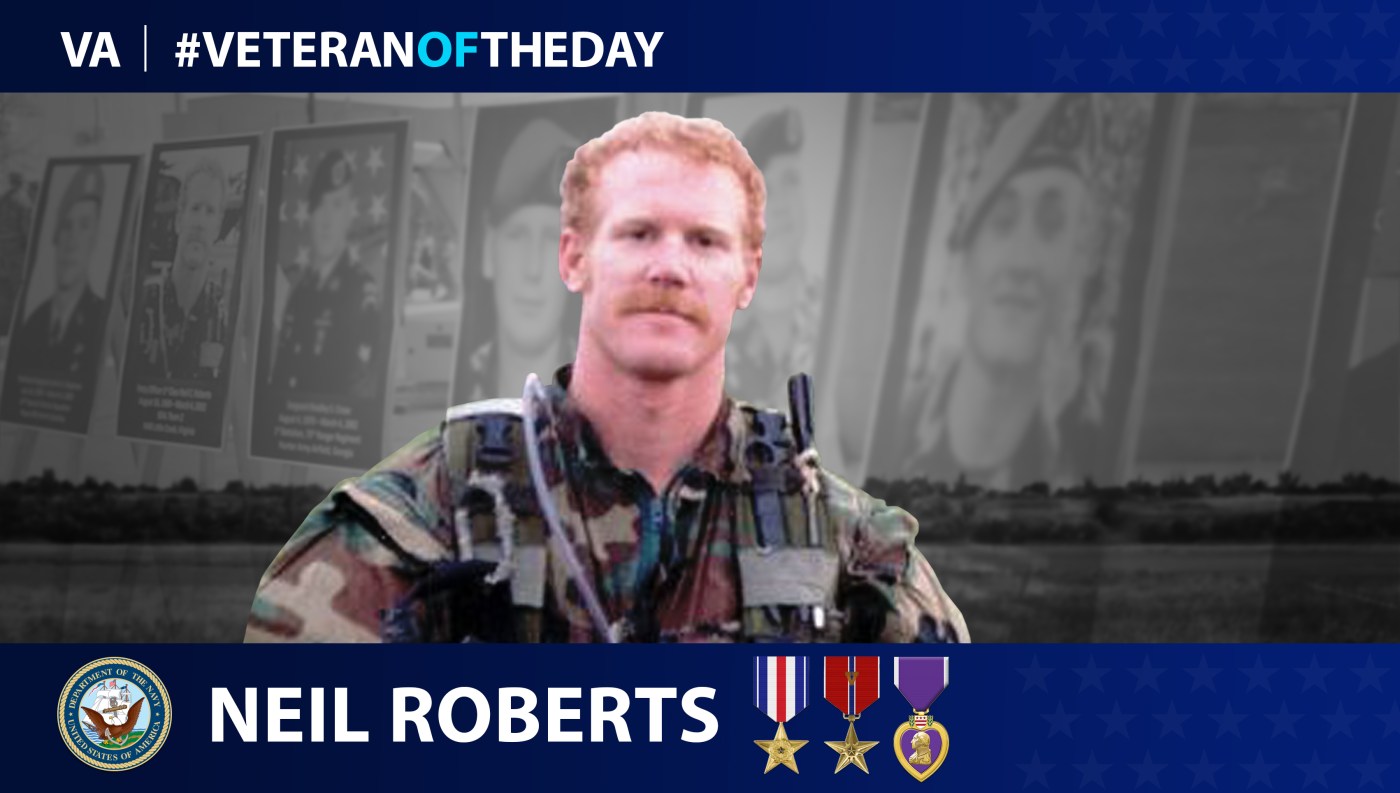 Neil C. Roberts and his eleven siblings grew up in Woodland, California. After graduating from high school in 1987, Roberts chose to follow in his father’s footsteps and enlist with the Navy. He completed basic training in Orlando, Florida, and became an aviation boatswain’s mate. He then went to aviation electrician’s mate training in Millington, Tennessee.

From 1988 to 1992, Roberts deployed to Guam as an EP-3 Aries I aviation technician with VQ-1, Fleet Air Reconnaissance Squadron One. During the Gulf War, his squadron deployed in support of Operations Desert Shield and Desert Storm.

After promoting to petty officer first class, Roberts applied for Navy SEAL training. He earned his Trident with Class 184 in October 1992.

Roberts’s assignment for the following six years was with SEAL Team Two in Little Creek, Virginia. During the Bosnian War, he deployed to San Vito, Italy, and Sarajevo, Bosnia and Herzegovina. In June 1999, he joined SEAL Team Six in Dam Neck, Virginia.

In March 2004, Roberts took part in Operation Anaconda with SEAL Team Six in Eastern Afghanistan. On March 4, his team tried to establish an observation post on an unoccupied, 11,000-foot peak called Takur Ghar. While attempting to land an MH-47E Chinook helicopter on the snowy ridgeline, the team took fire from enemy fighters. During the engagement, Roberts fell 10 feet from the helicopter onto terrain held by enemy forces.

Roberts survived the initial impact of his fall. According to his Silver Star citation, Roberts established a defensive position and attempted to contact rescue forces. Despite being outnumbered by an enemy force, he defiantly fought back. Roberts died on the battlefield from direct fire.

In addition to a Silver Star, Roberts posthumously received a Bronze Star Medal with Valor and a Purple Heart. The Battle of Takur Ghar is also known as the Battle of Roberts Ridge.