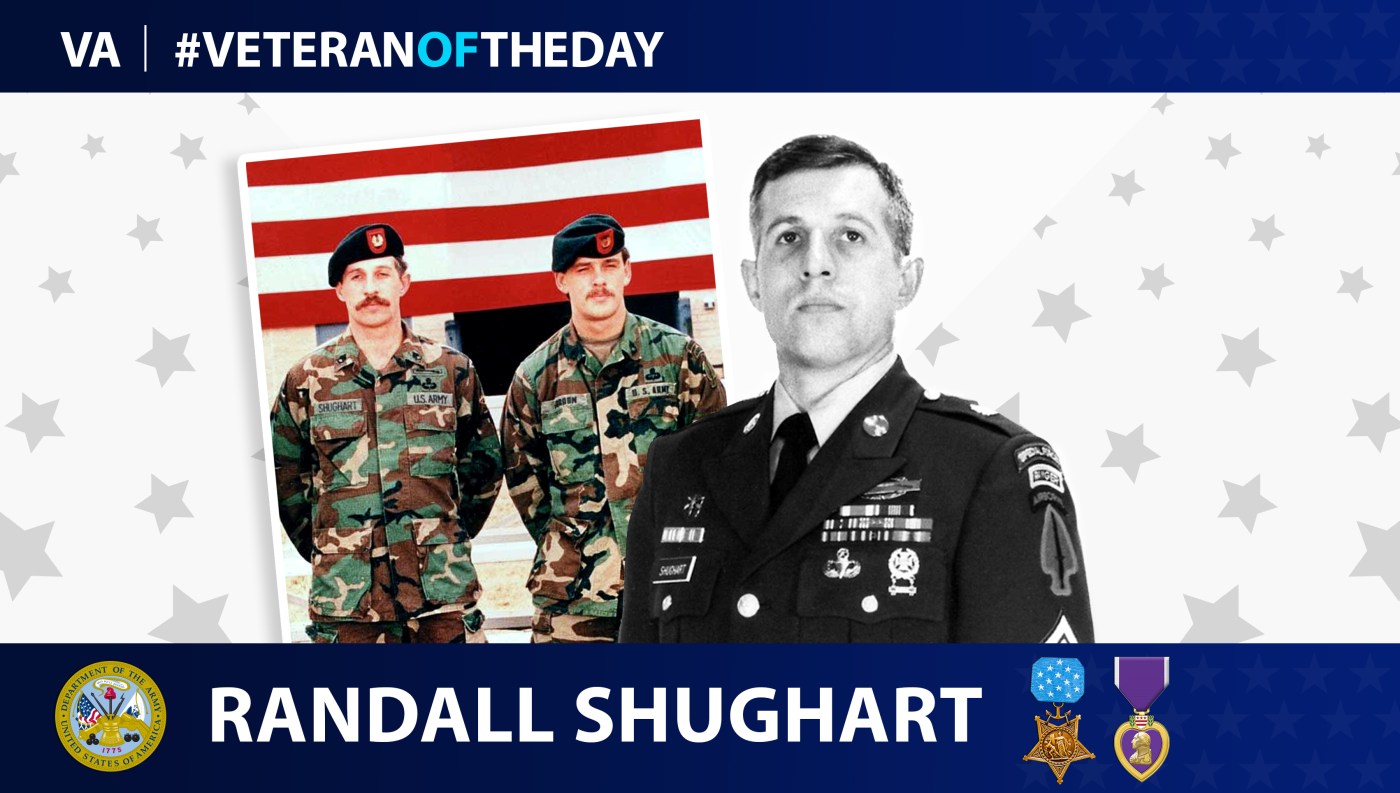 On the anniversary of the Battle of Mogadishu, today’s #VeteranOfTheDay is Army Veteran Randall Shughart, who received the Medal of Honor for his actions.

Randall Shughart was born in 1958 in Lincoln, Nebraska. His father served in the Air Force. After his father left the Air Force, the family moved to Newville, Pennsylvania, where they lived and worked on a dairy farm. Shughart attended Big Spring High School and during his senior year, he enlisted in the Army.

Shughart left active duty in 1980 and transferred to the Army Reserve. In 1983, he returned to active duty and later attended Special Forces school in 1984. Randall then served with the 1st Special Forces Operational Detachment-Delta, also known as Delta Force.

In 1993 he deployed to Mogadishu, Somalia, as part of Task Force Ranger. The task force deployed in response to warlord Mohamed Farah Aidid’s attack on the United Nations Operation in Somalia (UNOSOM II) force. On Oct. 3, 1993, he was on a mission to capture key advisors to Mohamed Farah Aidid in downtown Mogadishu. During the mission, a Blackhawk helicopter was shot down.

Shughart and Gary Gordon, who provided sniper cover from a helicopter, requested insertion to defend the downed Blackhawk from hostile force. Their requests were twice denied by commanders due to the dangerous situation. Finally, commanders granted their requests. Shughart and Gordon inserted near the crash site. They defended the downed helicopter and pilot, Michael Durant, from a Somali mob. Shughart continued to return fire and killed an unknown amount of enemy forces until the mob killed Gordon. Shughart then retrieved Gordon’s rifle and gave it to pilot Michael Durant to defend himself. Shortly after, enemy forces shot and killed Shughart.

Shughart posthumously received a Medal of Honor for his actions during the Battle of Mogadishu. During his service, Shughart also received a Purple Heart, Meritorious Service Medal and several other medals.

Shughart’s actions were dramatized in the film “Black Hawk Down.”