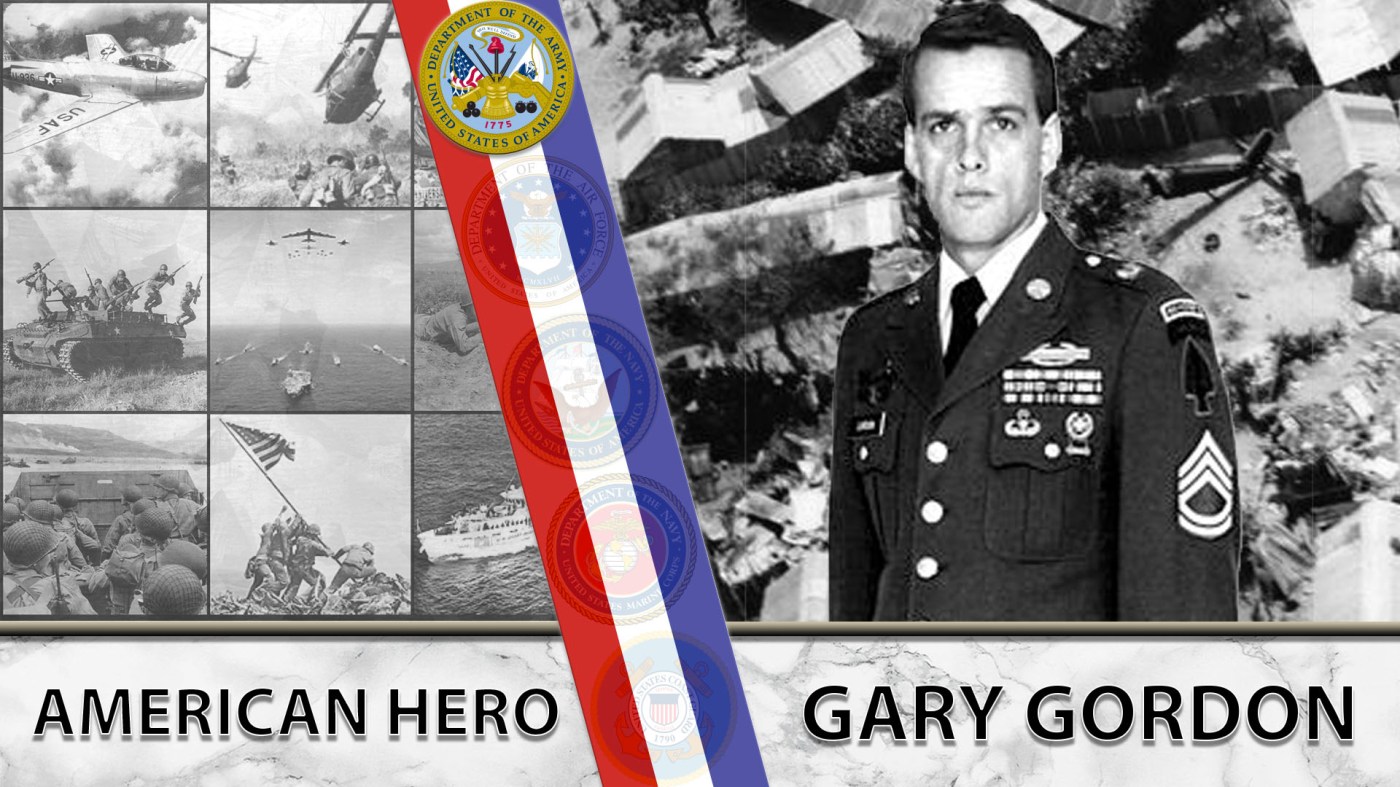 Gary Gordon was posthumously awarded the Medal of Honor for actions performed during the Battle of Mogadishu.

With a new Marvel movie coming out every few months, it seems that there has been no shortage of contemporary fictional heroes. For decades, Americans need only look up to the silver screen to see depictions of strength, determination, loyalty and comradery.

Children growing up in the 1960s would have found a version of these traits in G.I. Joe, an action figure put out by the Hasbro company.

Gary Gordon was one such boy.

As a child, the young Gordon played with tanks, helicopters and battleships. It was no surprise when he joined the Army after graduating high school in 1978 to become a Combat Engineer. A year later he became a Special Forces Engineer.

While stationed at Fort Devens, Mass., Gordon served with the 2nd Battalion, 10th Special Forces Group. There, he completed French Mountain School as well as Ranger School. In 1986, he joined the 1st Special Forces Operational Detachment-Delta (1SFOD-D) out of Fort Bragg, N.C.

While with 1SFOD-D, he advanced through the levels of responsibility to become Team Sergeant. He participated in the invasion of Panama, as well as other conflicts, but will forever be remembered for his service in Somalia.

Somalia was in the midst of a civil war. The UN’s efforts to provide the starving citizens with food and supplies were thwarted at every turn. While the UN worked with a number of countries to provide humanitarian aid, it was Gordon and 1SFOD-D who helped to secure seaports and other travel points in order to transport the goods. They were also tasked with apprehending members of Somali warlord Mohamed Farrah Aidid’s regime.

It was supposed to be a quick mission. Shortly after taking off, two Black Hawks fell from the sky. The 10th Mountain Division ground forces were quickly surrounded by Somali militia. 10th Mountain was able to secure the first crash site, but the second downed Black Hawk crew had to fend for themselves.

Gordon and his partners, Randall Shughart and Brad Hallings, provided sniper cover from the air. The militia was closing in on the second wreck. After Gordon’s third request to the pilot to be set down, the pilot acquiesced. Gordon and Shughart took to the ground, leaving Hallings to cover them from the air.

When they reached the crash site, Gordon and Shughart worked to extricate the pilot, and Gordon set a perimeter while Shugart removed the remaining members of the crew. After running out of ammo, Gordon radioed for help. With just a pistol remaining as the crowd closed in, he and Shughart were killed.

On May 23, 1994, during a ceremony at the White House, President Bill Clinton presented Gordon’s wife and children with his posthumous Medal of Honor. He and Shughart were the only soldiers from the Battle of Mogadishu to have been awarded a Medal of Honor, the military’s highest honor.

Gordon’s legacy and his extreme acts of heroism have been forever immortalized in Black Hawk Down, a book by Mark Bowden, as well as an Academy Award-winning film adaptation of the book by the same name.