Liaison to White House bunker during 9/11 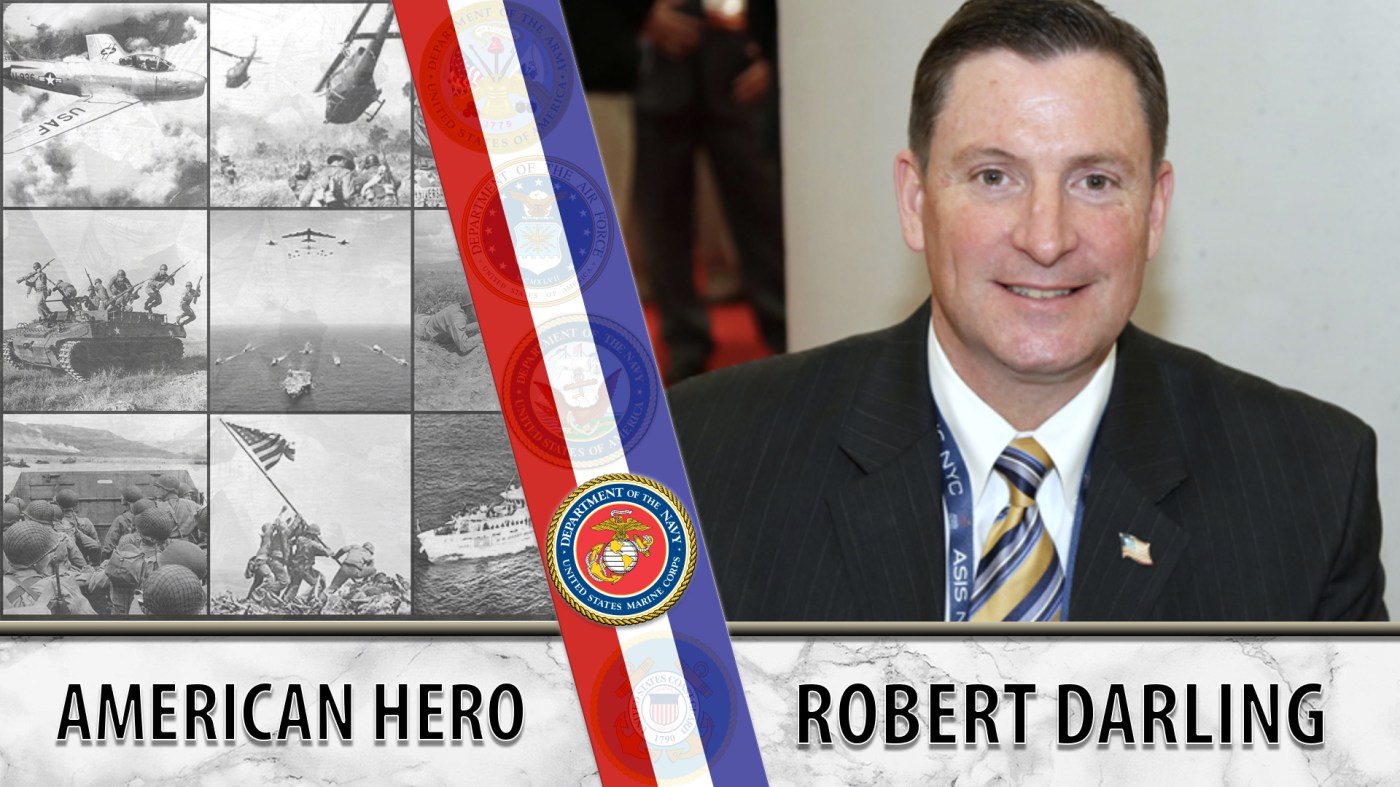 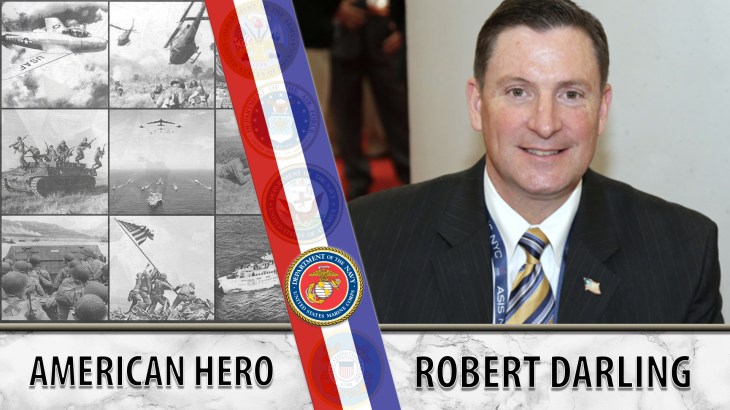 As the events of 9/11 unfolded, Marine Veteran Robert Darling served as a liaison between the Pentagon and Vice President Dick Cheney in the underground bunker at the White House.

While organizing President George Bush’s trip to Florida on Sept. 10, 2001, Robert Darling had no idea that the next few days would be forever imprinted on American history. As the events of 9/11 unfolded, Darling witnessed it first-hand from the president’s underground bunker in the White House. Sitting with Vice President Dick Cheney and Secretary of State Condoleezza Rice, Darling lent his support during one of America’s darkest days in history.

Born in 1965 in Patchogue, Long Island, New York, Darling had no aspirations to join the military, even though he grew up with a strong Navy presence in his family. Instead, he was interested in economics and wanted to become a stockbroker, and attended Iona College in 1983.

However, during his freshman year, on Oct. 23, 1983, the Beirut bombing occurred in Lebanon, where a terrorist drove a truck filled with bombs into the Marine Corps barracks, resulting in the deaths of 241 Marine, Navy and Army personnel. Stunned by the number of deaths, Darling began researching the Marine Corps. During his junior year of college, he was accepted and completed Officer Candidates School to become a Marine Officer. Upon graduating from Iona in 1987, he received his first commission and went on to receive further aviation training to become an attack helicopter pilot.

Darling’s first deployment was in August 1990 for Operations Desert Shield and Desert Storm, where for eight and a half months, he flew rear air security on the AH-1W Cobra chopper. In 1993, he deployed to Somalia and aided in finding and catching terrorists. After returning to the U.S. that same year in late September, he worked as a Cobra flight instructor and then military recruiter for the 1st Marine Corps District before putting in a package to work for presidential service. He eventually served as President Bill Clinton’s helicopter pilot before being assigned to the White House Military Office under President George Bush in 2001.

Darling expected Sept. 11, 2001, to be like any other day. Then, the first plane hit one of the Twin Towers in New York City.

Believing it to be at first an aircraft failure, Darling watched in stunned silence as a plane hit the Pentagon at 9:35 a.m. By 9:45 a.m., the speaker boxes by him blared to life and an evacuation was used for the White House, the first time since 1814. Rushed into the president’s underground chamber at the White House, Darling worked with the National Commander Authority and worked logistics as Vice President Cheney ordered two fighter jets to shoot down United Flight 93, which was headed for the U.S Capitol Building.

In an interview, Darling recounted that “the South Tower collapsed at 9:59 that morning. It was an unbelievable and tragic sight. I knew that America would never be the same again. In an instant, we became a nation at war and we may be at war for a generation to come.” Shortly after, a call came in from Russian President Vladimir Putin, which was passed on to Secretary of State Rice. Darling recounts that conversation in another interview:

“So she came over and took the phone from me, and she’s talking to President Putin about the events of the day. That our President’s still in motion. We don’t know if the attack is over yet. And he’s going to call you the first chance he gets. And by the way, thank you for standing down your nuclear forces, and she hung up. And I guess later on we learn what she meant by that is when—an important part of the START Treaty, the Strategic Nuclear Alliance we have with Russia—whenever we go DEFCON anything, Russia matches our DEFCON condition and vice versa. Well, they decided to stay at DEFCON 4 while America went to DEFCON 3, and she was thanking him for standing down our intents.”

Throughout the day, Darling continued to serve as the liaison between the Pentagon and the vice president. A week later, he flew President Bush to New York City and assisted with supporting the ground efforts for rescues and cleanup. Witnessing the aftermath of 9/11, he knew that this day would live not only in his mind forever but also in the minds of millions of American people.

Nine years later, Darling published “24 Hours Inside the President’s Bunker, 9/11/01: The White House,” a detailed account of the events of that day. Although he officially retired in October 2007, Lt. Col. Darling continues to be a lecturer and guest speaker on counterterrorism and crisis leadership.