Armstrong served in the Navy before NASA career 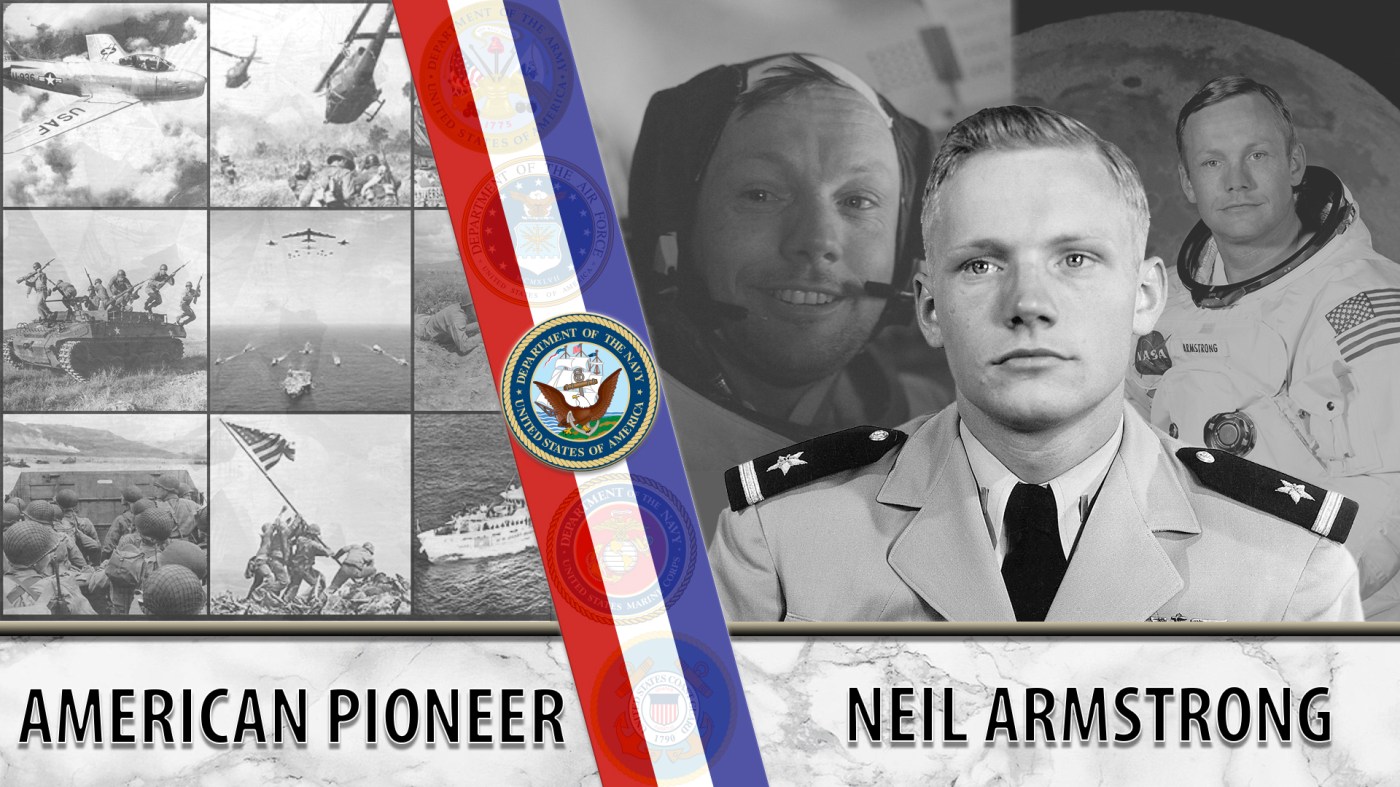 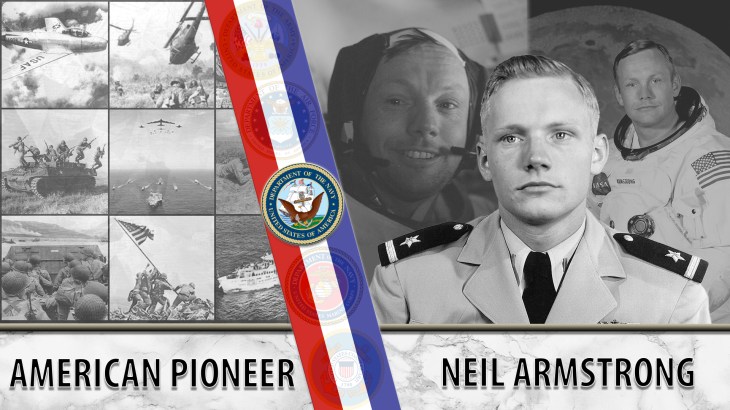 NASA astronaut Neil Armstrong was the first person to walk on the moon. He was also a seasoned Naval aviator.

Neil Armstrong was born on Aug. 5, 1930, in Wapakoneta, Ohio. Thanks to his father’s job as a traveling auditor, he grew up all over Ohio and eventually lived in 16 towns by the age of 14. Armstrong was fascinated with aircraft as a child and received his pilot’s license at the age of 16 before he even had his driver’s license. After graduating high school, he enrolled in Purdue University to study aeronautical engineering under the Holloway Plan, which allowed for undergraduate students to offset the costs of college by serving for three years in the Navy. Following two years at Purdue, he was sent to Naval Air Station (NAS) Pensacola for his basic training and flight school.

Following a brief time spent training at NAS Corpus Christi, Armstrong completed flight school in August 1950 and was assigned to NAS San Diego. In California, he joined the VF-51 “Screaming Eagles,” an all-jet unit flying the latest F9F Panther carrier-based fighter jet. In June 1951, the Eagles deployed aboard USS Essex to join the fighting in Korea. Operating from the Sea of Japan aboard the Essex, VF-51 flew a variety of missions to support American troops on the ground in Korea that often forced the Navy pilots to fly deep into enemy territory.

On Sept. 3, 1951, Armstrong was tasked on one such mission: to fly over the North Korean stronghold of Wonsan and collect photographs of troop movements there. As he flew at low altitude, his aircraft struck a cable strung between two mountains that sheared off six feet of his wing. Despite the damage, Armstrong managed to pilot the plane back over friendly territory before ejecting. Afterwards, he was rescued by American forces. When reflecting on his time in Korea in an interview with CPA Australia, Armstrong noted the risks and horrors of combat but stated that “You are a better person having endured that environment.” He returned home in March 1952 after flying 78 combat missions and was discharged from the Navy Reserve in 1960.

After leaving the Navy, Armstrong finished his education at Purdue and then joined the National Advisory Committee for Aeronautics, a precursor to NASA, as a test pilot. His Navy experience proved valuable, and he managed to survive a string of accidents that may have killed a lesser experienced pilot. Once, he managed to safely land a bomber after an engine explosion disabled three of four engines; another time, he narrowly survived when his lunar lander test rig malfunctioned and plummeted to the ground. His ability as a pilot plus deep understanding of aeronautics earned him a spot as one of the first NASA astronauts in April 1962.

Armstrong’s first trip to space was aboard Gemini 8, a small two-seater spacecraft. During the mission, the spaceship began to rotate rapidly due to a computer error which forced him to manually pilot the ship and commit to an emergency landing. For his efforts in saving the mission, he was awarded the NASA Exceptional Service Medal and firmly established his reputation as an excellent pilot. A year after the flight of Gemini 8, he joined the Apollo program, which aimed to land an American on the moon by 1970. As one of NASA’s best pilots, he was chosen to command Apollo 11 as it made the first attempt by humans to land on the moon. After launching from Cape Canaveral on July 16, 1969, he piloted the lunar lander “Eagle” to a soft landing on the moon’s Sea of Tranquility on July 20. As he lowered himself to the moon’s surface, he made the famous statement, “One small step for man, one giant leap for mankind”.

After returning from the moon, Armstrong announced he did not intend to return to space. He devoted the rest of his life to teaching, primarily as a professor in the University of Cincinnati’s aerospace department. Between classes, he used his fame to support space exploration and worked as an advisor for NASA.