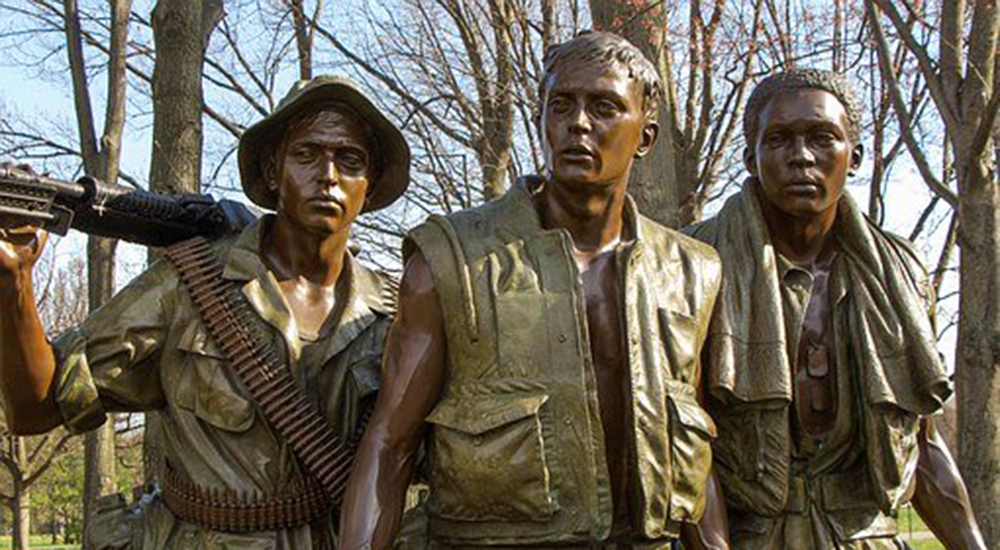 The corporal was posthumously awarded the Medal of Honor for “conspicuous gallantry and intrepidity in action.” His “bravery and extraordinary heroism at the cost of his life which are in the highest traditions of the military service and reflect great credit on himself, his unit, and the U.S. Army.”

He was born in Philadelphia on Jan. 14, 1949, the second of six sons of Charles and Mary Ann Crescenz. Michael’s grandfather served in World War I. Then his father served during World II.

Crescenz attended St. Athanasius School in the West Oak Lane section of Philadelphia in 1962. He graduated from Cardinal Dougherty High School in 1966. He enlisted in the Army in February 1968 and shipped out to Vietnam that September. That same month, the Marine Corps discharged his older brother, Charles after he served 13 months in Vietnam.

Crescenz received a posthumous promotion to the rank of corporal. President Richard M. Nixon presented the Medal of Honor to his family in a White House ceremony held April 7, 1970.

To respect his parents’ wishes, the military buried Cpl. Crescenz in Holy Sepulchre Cemetery in Cheltenham Township, Pa. Later, in 2008, after the death of his parents, Cpl. Crescenz’ body was interred at Arlington National Cemetery.

A large grass-roots effort that took years to accomplish resulted in the medical center being named in Crescenz’ honor. The medical center staff held a renaming ceremony May 2, 2015. More than 700 people attended the event. Members of Crescenz’ original unit flew in from all over the country to participate.

The medical center may bear the name of one local Vietnam hometown hero, but it is a tribute to all the Philadelphians who served in Vietnam.

The photo at the top is of The Three Soldiers, a bronze statue created by Frederick Hart. Unveiled on Veterans Day in 1984, on the National Mall, it’s part of the Vietnam Veterans Memorial commemorating the Vietnam War.

“On behalf of the Department of Veterans Affairs and the Veterans we are deeply honored to serve, I want to say thank you to our country’s millions of living Vietnam Veterans and their families. Welcome home!

“We honor the nine million American men and women who served on active duty from November 1, 1955, to May 7, 1975. We solemnly remember the more than 58,000 whose names are etched into the Vietnam Memorial’s polished black granite as constant reminders of the price of freedom.

“Show your gratitude to this noble generation of American service members. Say thank you. And welcome them home.”

The Department of Veterans Affairs, in keeping with guidelines from the Centers for Disease Control and Prevention (CDC) in response to the COVID 19 virus, is postponing Vietnam War commemoration events until further notice.