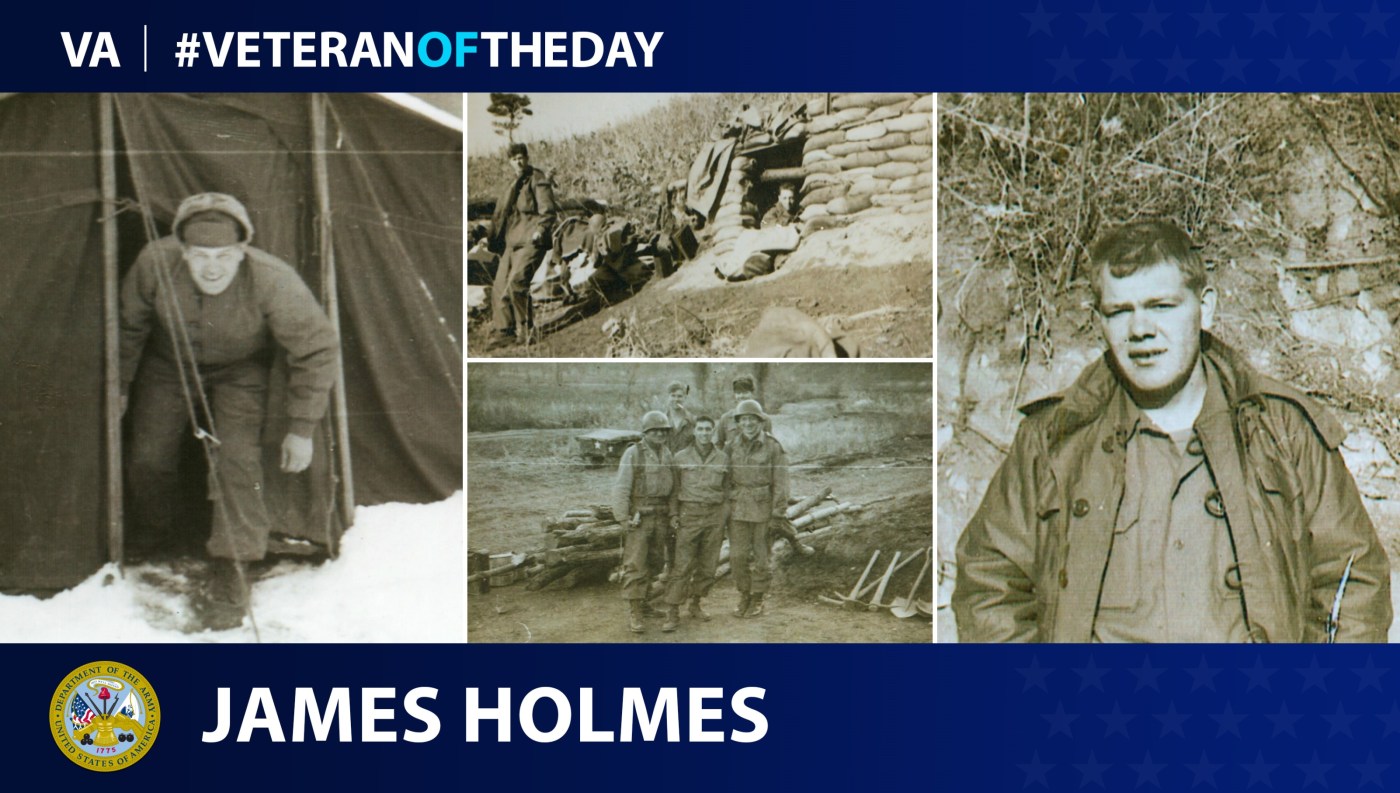 Originally from Hastings, Minnesota, James Holmes enlisted in the Army in 1946 while still in high school. After attending basic training at Fort Dix, New Jersey, he went to Japan in December 1946 as part of the Allied power’s post-war occupation and rehabilitation of the Japanese state. Holmes served at Naval Air Facility Atsugi in Kanagawa as a signal corps soldier.

Holmes returned to the U.S. to serve as an honor guard member at Oakland Army Base in California. After his discharge in 1948, he worked at a car dealership in Minnesota before he joined the Minnesota National Guard. On December 26, 1950, the Army activated Holmes’ company for service in the Korean War. He promoted to first sergeant and joined Company D of the 135th Infantry Regiment. The regiment went to Camp Rucker, Alabama, for combat training. Holmes then transferred to Fort Benning, Georgia to take basic training courses. Later, he went to Camp Breckinridge, Kentucky, for a leadership training course. After completing the course, he stayed on as an instructor.

On March 10, 1951, Holmes married Iona Huberty and reassigned to the Far East Command. He left for South Korea in June. After his arrival, he joined Company B of the 35th Infantry Regiment, 25th Infantry Division based in Pusan. Holmes’ regiment worked closely with the Turkish Brigade that served with the United Nations Command. During this time, Holmes conducted field artillery training and went on daily patrols.

After returning, Holmes finished his high school education in 1954. He later worked as a journalist for a St. Paul newspaper in Minnesota and briefly worked for the Army as a civilian before joining the a manufacturing company until retirement. Holmes also continued to serve in the National Guard until 1988 when he retired as a chief warrant officer.