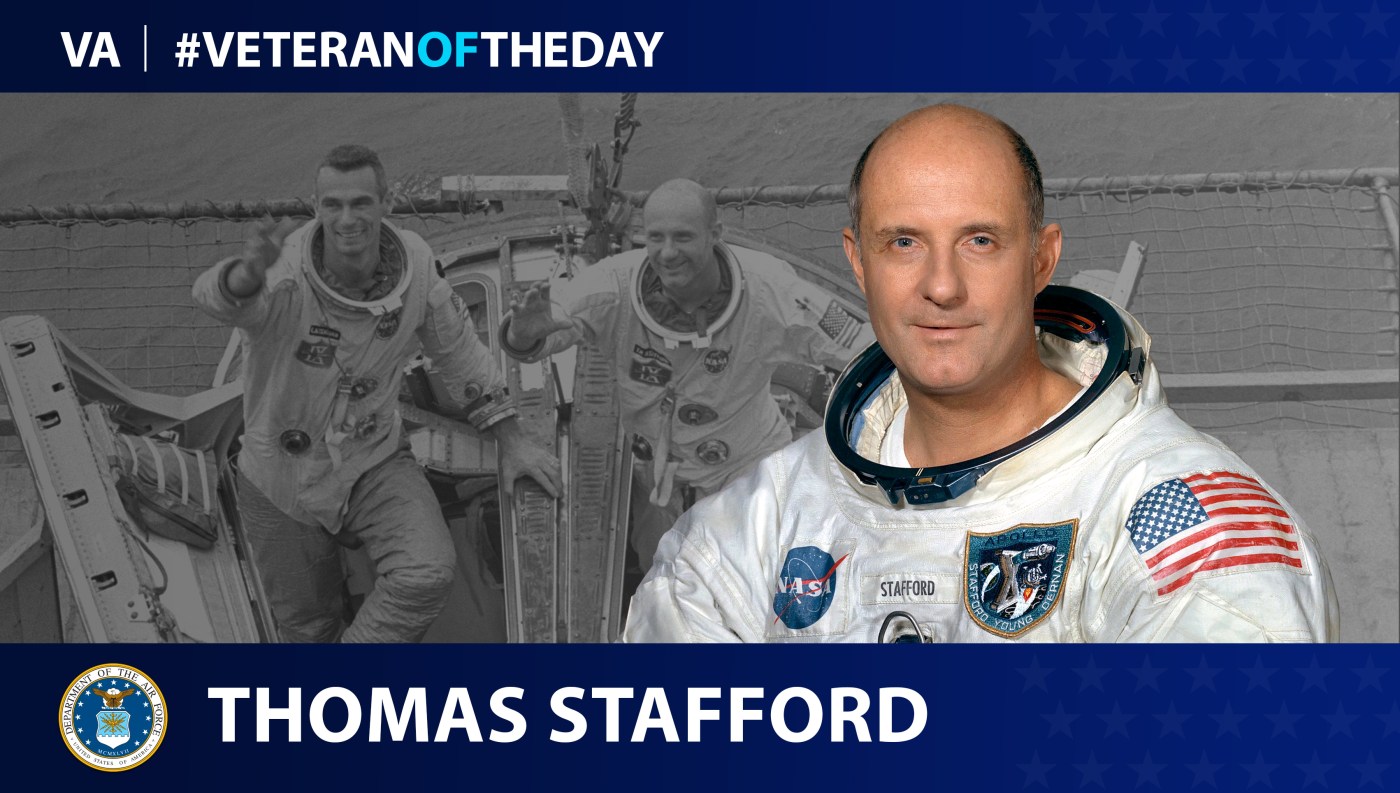 On the 55th anniversary of the Gemini 6A mission, today’s #VeteranOfTheDay is Air Force Veteran Thomas P. Stafford, who piloted the mission.

Originally from Oklahoma, Thomas Stafford attended the U.S. Naval Academy in Annapolis and graduated with honors in 1952.  Afterward, he  commissioned as a second lieutenant in the Air Force. In 1953, he earned his pilot wings at James Connally Air Force Base, Texas.

He served with the 54th Flight Interceptor Squadron at Ellsworth Air Force Base, South Dakota, after completing his training. In 1955, he served as a pilot, flight leader and flight test maintenance officer with the 496th Fighter Interceptor Squadron at Hahn Air Base, Germany. Stafford attended the Air Force Experimental Flight Test Pilot School at Edwards Air Force Base, California, in 1959. There he served as an instructor and was chief of performance branch after graduation.

In 1962, NASA selected Stafford to participate in the Gemini and Apollo projects.  He piloted the 1965 Gemini 6A mission and commanded the 1966 Gemini IX mission, 1969 Apollo X mission and 1975 Apollo-Soyuz Test Project.  He was nominated for the Nobel Peace Prize for his role in the Apollo-Soyuz Test Project, where he and Russian cosmonaut Alexey Leonov worked together on the joint mission.  A photo of Leonov and Stafford shaking hands while in space somewhere over West Germany came to signify the thawing relationship between the Soviet Union and the U.S.

In 1978, he served as the deputy chief of staff, Research, Development and Acquisition at Air Force Headquarters in Washington D.C. He retired from the Air Force as a lieutenant general in 1979.

In total, Stafford logged 507 hours and 43 minutes of space flight on four different types of spacecraft. He also flew 127 different types of aircraft and helicopters. Stafford is in the Guinness Book of World Records for the highest speed ever attained by a man at 24,791 statute miles per hour.