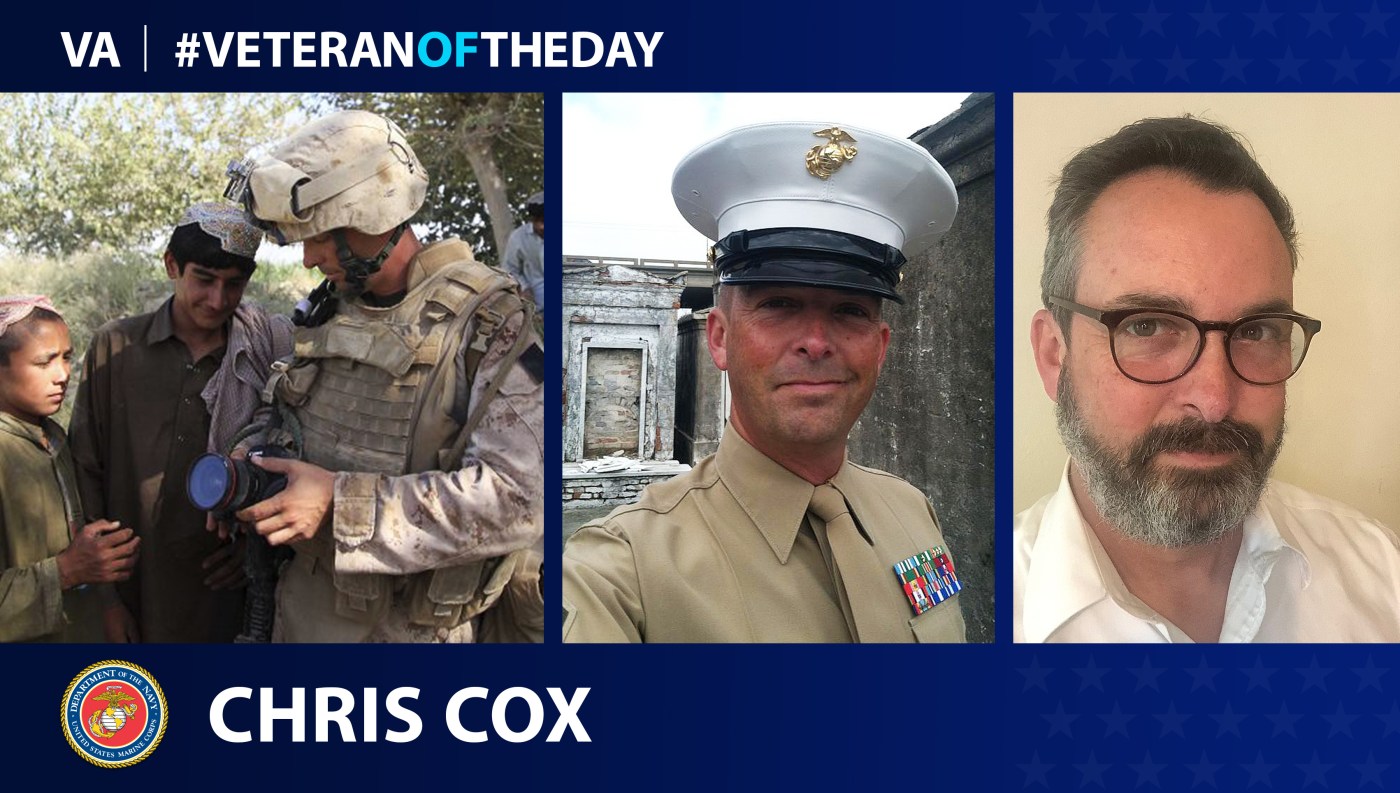 Today’s #VeteranOfTheDay is Marine Corps Veteran Chris Cox, who worked as a combat correspondent and deployed to Afghanistan.

After briefly attending North Idaho College, Chris Cox enlisted in the Marine Corps in 1990. Following basic training, Cox went to the Marine Wing Headquarters Squadron 1 in Okinawa, Japan. There, he served for a year as a print journalist, acting as a media liaison for the squadron. In 1992, he transferred to Marine Corps Air Station El Toro near Irvine, California, and promoted to sergeant. He covered Marine Corps humanitarian efforts during Operation Support Hope, which airlifted supplies to Rwandan refugees in Kenya.

After serving at the recruiting station in Sacramento, California, Cox began working with local and international media organizations. In 2005, he was stationed at Marine Corps Air Ground Combat Center in Twentynine Palms, California, and served as public affairs chief during Operations Iraqi and Enduring Freedom. Cox also helped coordinate part of the joint information bureau for President Gerald Ford’s funeral ceremony in Palm Desert, California, in 2006.

In 2009, Cox became public affairs chief for the Third Marine Division at Camp Courtney in Okinawa. That same year, he also served as the senior enlisted public affairs Marine during Operation Khanjar, covering the 4,000-Marine push to secure Helmand Province in Afghanistan and the country’s border with Pakistan.

After leaving the military, Cox attended Tulane University and received a bachelor’s degree in public relations and advertising. He now works as a public affairs specialist for the Department of Veterans Affairs.