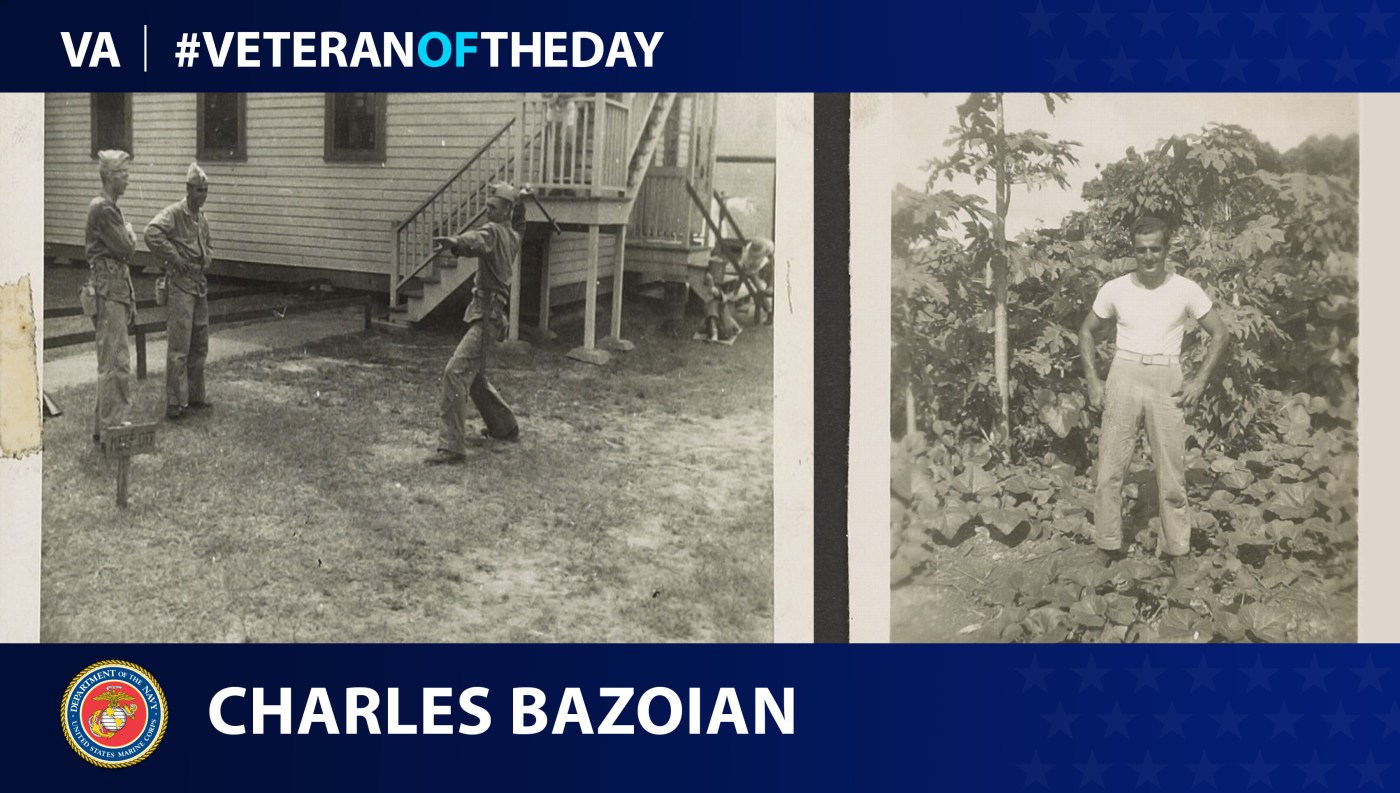 Charles Bazoian was born in March 1925 in Meadville, Pennsylvania. During World War II, after turning 18, he went down to the recruitment office to enlist. Since his Armenian parents had fled during World War I, Bazoian knew that serving would make them proud. In 1943, he attended basic training in Parris Island, South Carolina.

During the 82 days of the invasion, the battles of Sawtooth Ridge and Shuri Castle stood out for Bazoian. The coral ridge caves on Sawtooth Ridge prevented any advance for several days. The infantry had halted. Bazoian’s unit moved forward, with their howitzers and fired into the caves. This provided cover long enough to allow American tanks to move in and secure the ridge.

The Instrument of Surrender signed Sept 2, 1945, aboard the USS Missouri ended the war with Japan. Several ships had arrived in anticipation of the surrender. The Navy landed at the Yokosuka Naval Base in Tokyo Bay. Bazoian was among the first of hundreds of sailors to step foot on Japanese soil.

Before returning home, while on a short stop in Guam, Bazoian shared a teachable moment. During an inspection, the first sergeant gave him 10 hours of extra police duty for not having had a haircut. He decided to go to the first lieutenant the next day, who then doubled the duty. Luckily, he went home the following day.