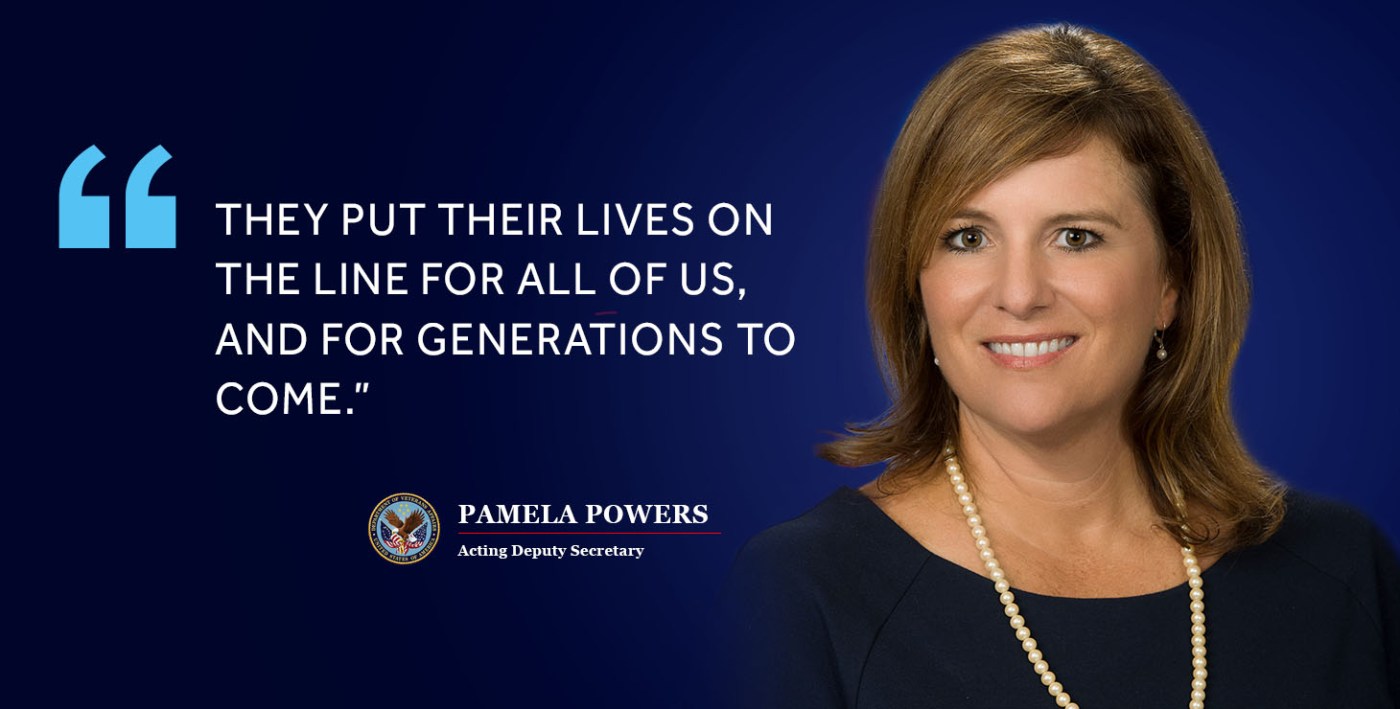 Powers spoke of the helicopter’s missions in Southeast Asia, flying armed escort, reconnaissance and battle support. She also talked about the sounds that resonate with Vietnam Veterans, from miniguns to whirring of blades.

“I have little doubt the Vietnam Veterans among us and those who see it here in years to come still hear and feel it,” she said. “Thousands of men and women fighting in Vietnam and in other conflicts since have seen that Cobra silhouette overhead. In that, they found some measure of comfort, of relief, perhaps some measure of inspiration and salvation.”

“They put their lives on the line for all of us”

She said the pair, along with many others who flew in Southeast Asia, deserve the nation’s gratitude.

“They put their lives on the line for all of us, and for generations to come,” she said.

Powers said the thanks also go to the crews who kept the helicopters in the air.

“We honor and celebrate the courage, determination, ingenuity, and plain grit of the tireless crews who kept them flying in and out of combat,” she said. “They are the crew chiefs, the engine mechanics, sheet metal mechanics, avionics repairmen, armament techs, test pilots, and others.

Powers said these Veterans “worked tirelessly to patch them back up, make them airworthy again so they could get back to the fight,” protecting Veterans who served on the ground

“By honoring all of them, we honor every Veteran who came before and after, and those servicemembers fighting and standing watch today around the globe.”

Getting Cobra 327 on display

Following military service, Cobra 327 went to the Kern County Fire Department in California to fight night fires. The helicopter can see through the smoke with its military infrared scanners and locate people. Once the fire department retired Cobra 327, five different states tried to acquire it.

Martin County’s Veteran Memorial Committee started restoring Cobra 327 in 2019, returning it to the likeness of 1971. The helicopter is one of several monuments that compose the larger Veterans Memorial.