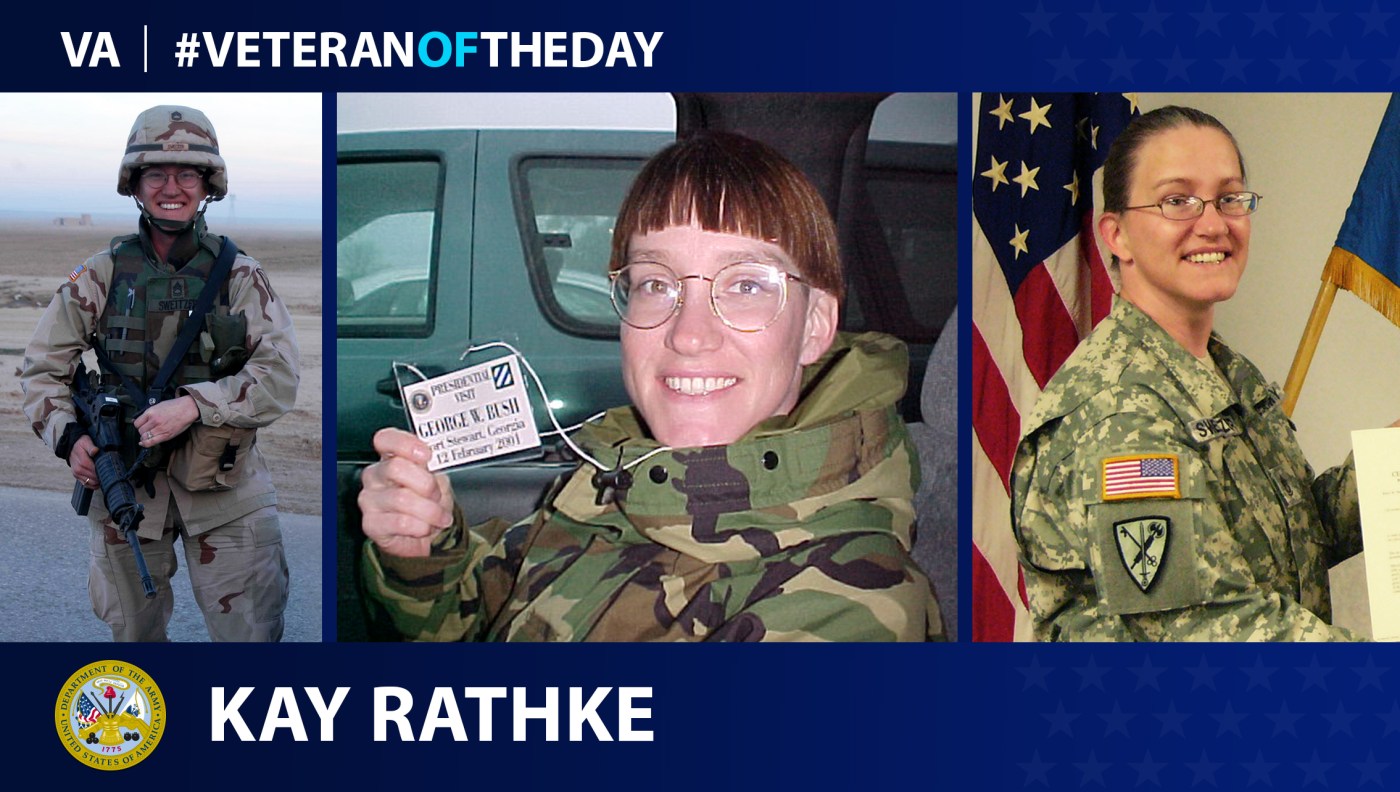 Kay Rathke served as a signals intelligence analyst and equal opportunity advisor for the Army for 21 years. During her service, Rathke served in many regions of the world, including Schofield Barracks, Hawaii; Fort Stewart, Georgia; and Baghdad, Iraq, at Camp Victory Army Base from 2004-2005. Rathke was responsible for taking complaints of sexual harassment as well as providing training on sexual harassment prevention, sexism, racism, anti-Semitism and more. She accompanied the command sergeant major to multiple bases stationed around Iraq. Rathke’s brigade was responsible for several detention facilities, including the one that housed Saddam Hussein until he was tried in court.

In 2010, Rathke retired and received her bachelor’s degree in business management and economics shortly after. Throughout her military career, she completed courses one by one and finished her degree through long distance learning. After retiring, Rathke worked as a technical writer for defense contract companies in the Washington D.C. area.

A mother of two sons and a daughter, Rathke currently lives in Ontario, New York. She works for the Women Veterans VA Call Center. For her job, Rathke helps women Veterans and their families access VA resources and services.