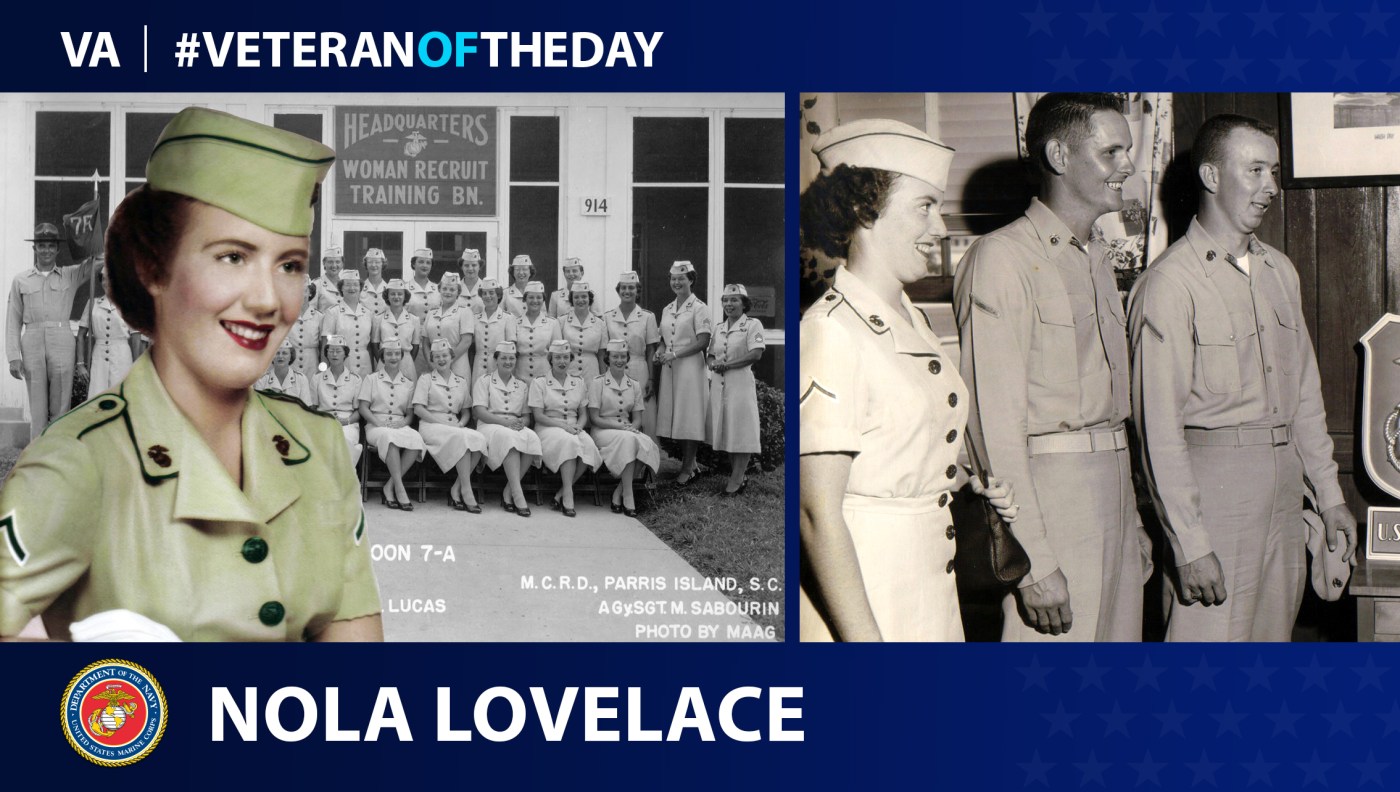 Today’s #VeteranOfTheDay is Marine Corps Veteran Nola M. Lovelace, who enlisted in 1957 and was once featured in the Marine Corps Gazette.

Nola Marie Lovelace, née Collier, was born and raised in Ohio. Her grandfather was a tobacco farmer. She helped him plant tobacco from a young age. After her father passed away, her mother relocated the family to Tampa, Florida. The teenage Collier started working at a drugstore and earned enough money to purchase her first car.

After graduating from high school, Collier wanted to leave home. In 1957 she enlisted in the Marine Corps and went to Parris Island, South Carolina for boot camp. According to Lovelace, the weather was so hot that “it seemed the drill field would melt your shoes.” Collier and another female Marine promoted to private first class after boot camp. The Marine Corps Gazette featured them in an article.

Collier later met drill sergeant William Lovelace and the two fell in love. Because both of them were in the military, it was impossible for Collier and Lovelace to marry. Nola Collier transitioned out of the military and became Nola Lovelace. She married William, who served three tours in Vietnam and passed away in 2003.

Two years after leaving the military, Lovelace’s son advised her to move. She built her own house in Tennessee, where she “only had to contract the concrete slab and the underground plumbing” because her family did the rest.

Today, Lovelace lives in Tennessee and spends her time gardening, painting, and caring for her two cats. She said she is extremely grateful to the VA for all their help and care.