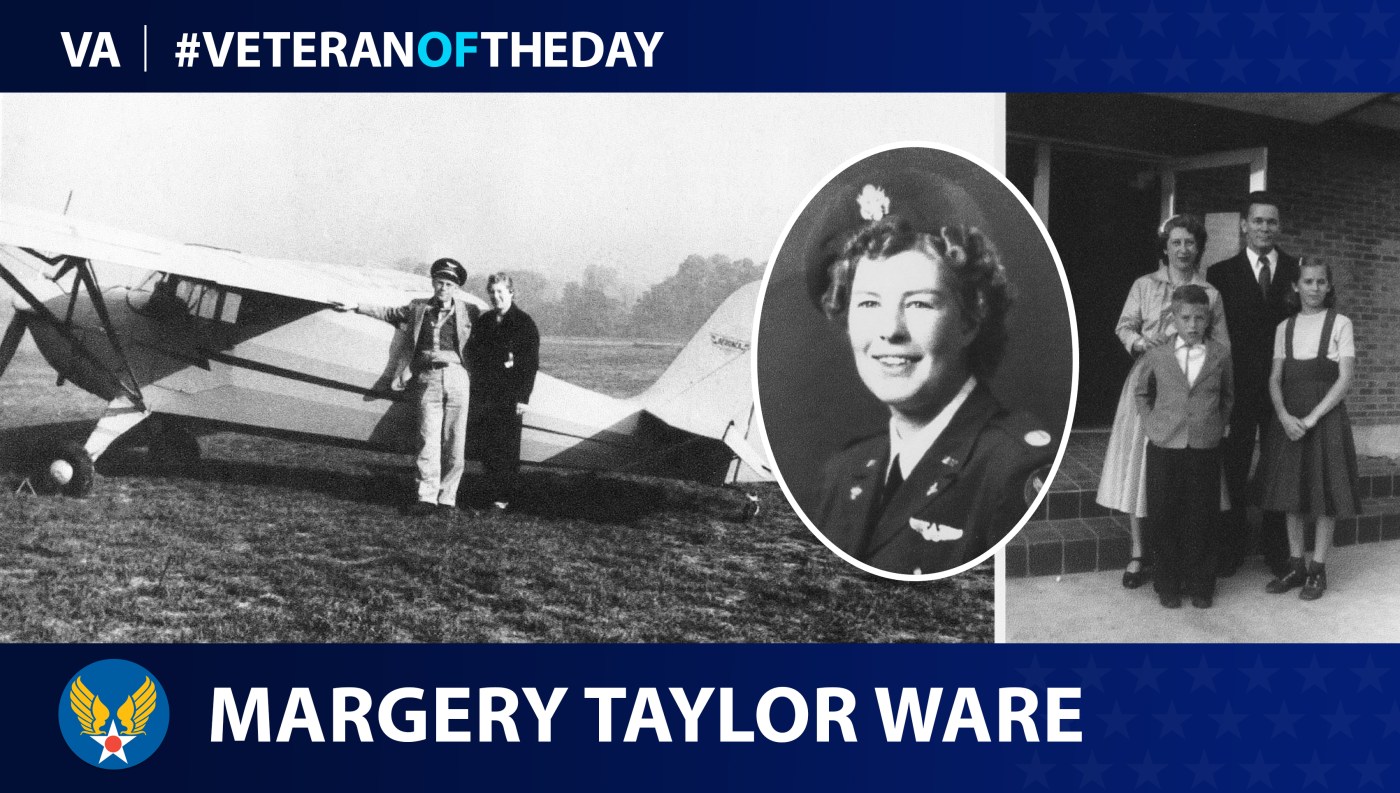 Margery Fitz Stephen Taylor grew up in different towns based on her father’s work as an Episcopalian minister. Nicknamed “Tomboy Taylor” for her roughhousing with the neighborhood boys, she enjoyed carpentry, playing sports and was active in her Girl Scout troop. Her family moved to Cambridge, Massachusetts, so her father could attend the Harvard University School of Business.

After completing bachelor’s and master’s degrees at Wellesley College, Taylor accepted a position at Western College for Women in Miami, Ohio in 1940. She became friends with the owners of a local airfield, who encouraged her to join a civilian pilot training program. Taylor joined and became the first woman to earn a private pilot’s license in 1941.

She later returned to Boston, Massachusetts where she taught swimming at the local Young Women’s Christian Association (YWCA). After the war broke out in December, she learned about a program in Sweetwater, Texas that was training women to fly military aircraft while men were being sent to fight abroad. While Taylor had experience as a pilot, the program required 250 flight hours for pilots to qualify. She began practicing at a civilian airfield near Boston and had recorded 75 hours when the program decreased its required flight hours to 35. Taylor applied for the program and was accepted. After completing the program, she received her silver wings and went on to join the Women’s Auxiliary Ferry Service (WAF). The WAF later merged with the Women’s Flying Training Detachment to form the Women’s Air Force Service Pilots (WASPs) in August 1943.

After graduating, Taylor transferred to the ferrying division of the Air Transport Command at Love Field in Dallas, Texas. As a WASP, Taylor flew 52 missions across the U.S. from April 1943 to December 1944 and completed 650 flying hours. She also flew over a dozen types of civilian and military aircraft during her service.

After the war, Taylor moved to Washington D.C. to teach physical education at George Washington University. She met Robert Ware at a Library of Congress lecture. The pair wed in 1946. She later served as assistant executive secretary of the National Urban League. She later got involved with Neighbors Inc., a group founded in 1958 to stabilize integrating neighborhoods in northwestern D.C. Ware became the group’s executive director in 1961. She also worked for the Fair Employment Practices Council, which worked to end work discrimination based on race and gender.

Ware continued to be active in public service after her retirement. She volunteered with Common Cause, a grassroots organization that promotes government accountability, equal rights and local involvement in political processes. Ware also was an active member of the River Road Unitarian Church in Bethesda, Maryland.