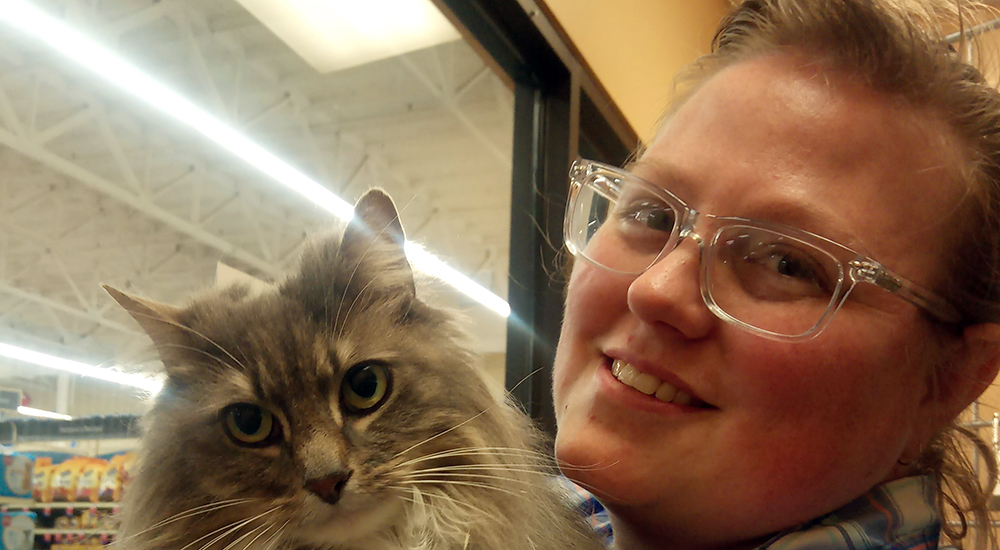 Veterans across the country have benefited from the services of a VHA partnership called Operation Hero-Animal Bond, which matched Veterans with animals to adopt.

Operation Hero-Animal Bond, a partnership between VHA and the Humane Society of the United States, was managed by VHA’s Office of Community Engagement (OCE) and helped pair Veterans with companion animals. It also encouraged Veterans to consider participating in volunteer opportunities with local community animal shelters and rescues, which can reduce the social isolation some Veterans experience.

Operation Hero-Animal Bond provided Veterans with the benefits of the human-animal bond. This bond creates a mutually beneficial relationship between people and animals. Veterans can experience the human-animal bond when they adopt or spend time with animals. Research shows that spending time with animals can reduce blood pressure, heart rate, stress hormones and feelings of isolation.

A welcome source of joy

Navy Veteran Jessica Beck said her adopted cat, Kaya (both pictured above), has been a welcome source of joy. Beck reached out to a representative from Operation Hero-Animal Bond for assistance with adopting Kaya. Beck and her husband went to a local PetSmart store where she first met and then decided to adopt her cat.

“She reminds me of the wonderful memories I had as a kid. She keeps me present. It’s not an extremely easy thing to do to have and take care of an animal, but Operation Hero-Animal Bond helped me get Kaya. That’s the first step.”

Navy Veteran Lonnie Hamon adopted Sammie, a one-year-old kitten he calls “a hero at home.” Sammie has helped Hamon with his anxiety. “When my heart begins racing, Sammie knows. And he’s there to calm me down,” said Hamon. “Sammie is the comfort and confidence I need to overcome any challenge that comes my way.”

A sense of purpose

Andrew Findlay, an Army Veteran, had been thinking about getting a dog to help him deal with his posttraumatic stress disorder and major depressive disorder symptoms. He recently adopted Murphy, shown in this photo.

“When I’m hanging out with Murphy, I don’t feel anxious. There is definitely therapeutic value in that,” Findlay said. “He gives me a little bit more of a sense of purpose, he kicks in my paternal instincts because I’m taking care of him.” Findlay noted his appreciation for Operation Hero-Animal Bond, not only for the speed with which staff responded to his request for assistance with the adoption, but also for following up with him several times to make sure he and Murphy were doing OK.

“Partnerships like this one, that helped Veterans experience the sense of well-being that comes from spending time with animals, are invaluable to VA,” said VA Secretary Robert Wilkie. “I look forward to seeing more partnerships across the enterprise that support the human-animal bond.”

Here’s more information on OCE’s partnerships, including other animal-focused partnerships.

Dr. Jamie D. Davis is a health systems specialist for the VHA Office of Community Engagement.