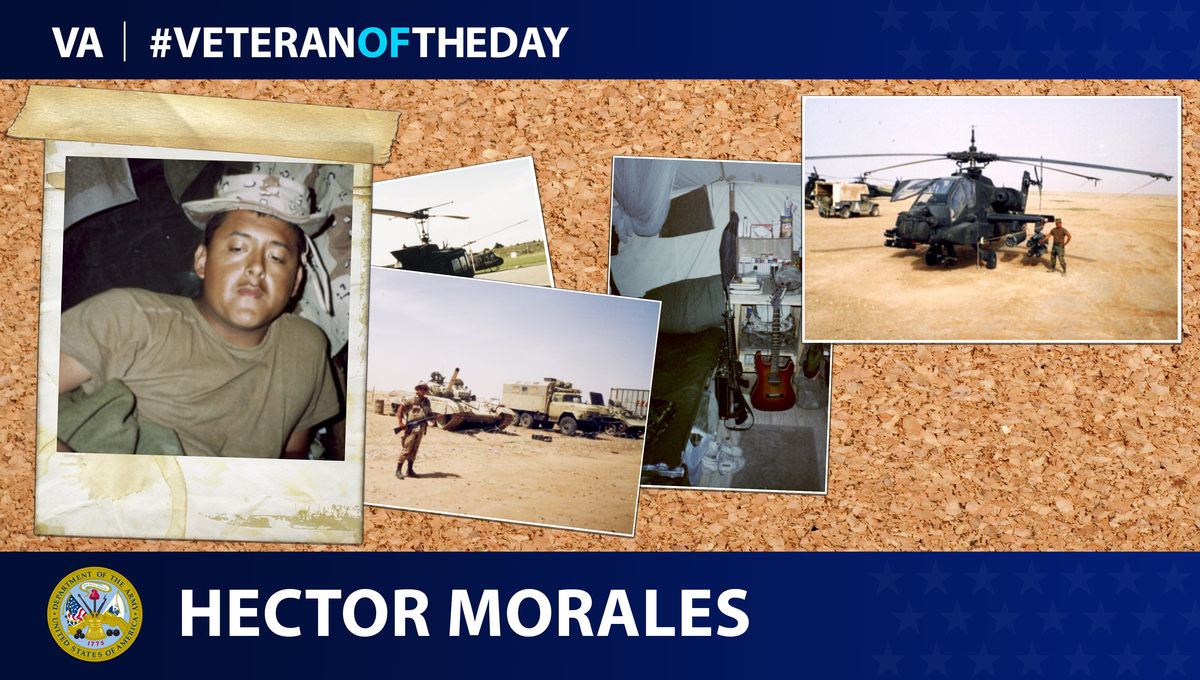 While living in El Paso, Texas in 1985, Morales’ stepfather took him to enlist in the Army. He went to basic training at Fort Dix, New Jersey in August 1986. After basic training, Morales went to Stuttgart, Germany where he joined the machine maintenance company. He served with an armament platoon, working on weapon disassembly and helicopter repairs. Morales also trained as a door gunner on helicopters while in Stuttgart.

After Operation Desert Shield started in August 1990, Morales went to an oil pumping station with an airfield in Saudi Arabia in October. He later went to an airfield near King Khalid Military City (KKMC). He served with an armament platoon in the 2nd Corps Support Command, repairing, loading and refueling helicopters. During his deployment, Morales’ platoon needed volunteers to join the mobile loading and refueling work on the ground. Because his brother was already among the ground troops in battle, Morales did not go on the mission.

One of the most memorable moments for Morales was guarding a group of Iraqi prisoners who surrendered to the American Army in Saudi Arabia. He also witnessed the Kuwait oil fires on the Saudi Arabian-Kuwaiti border, which later gave him breathing and stomach issues.

After seven months in Saudi Arabia, Morales returned to Stuttgart and discharged from the Army in 1991 as a specialist. He returned to El Paso, Texas and attended college, working on a music degree. After two years in college, Morales began working for the U.S. Postal Service.