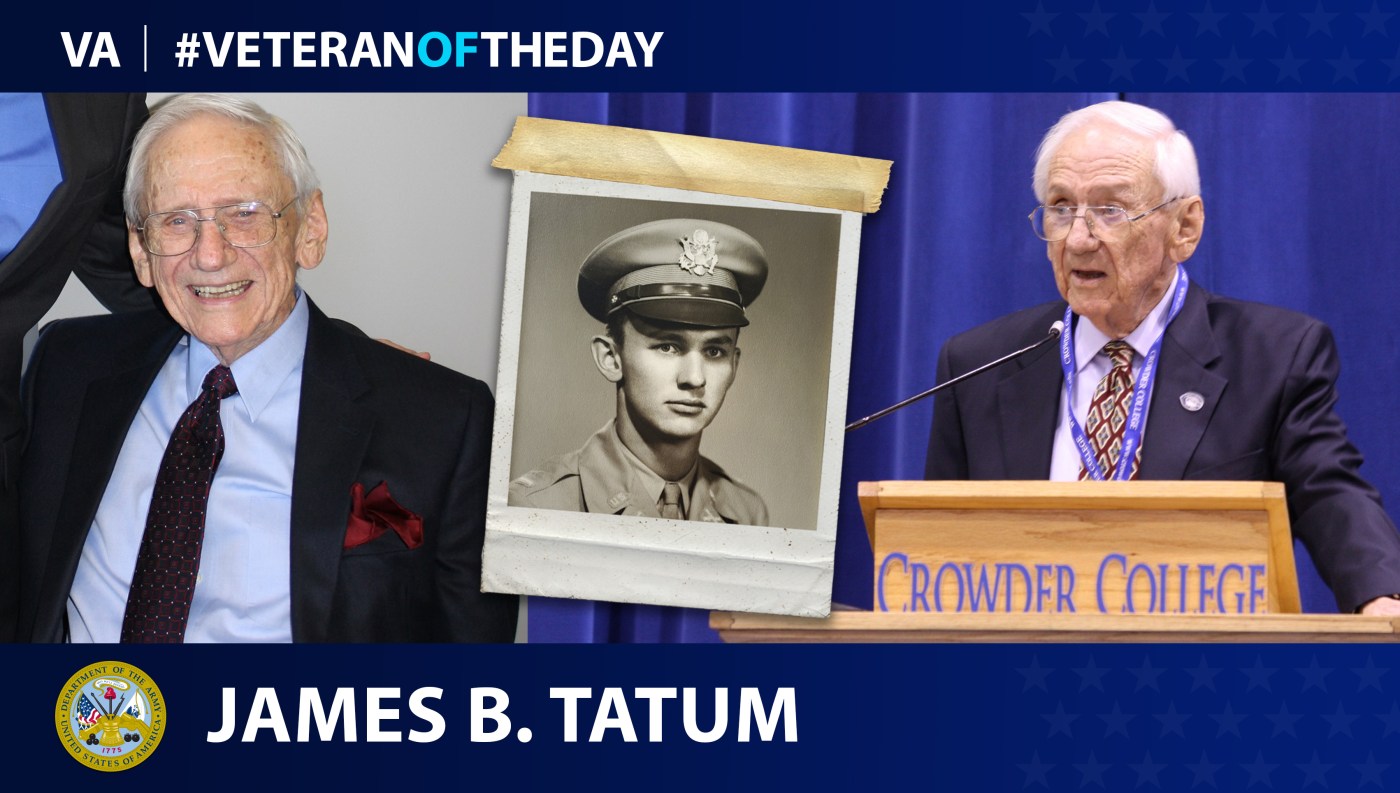 Today’s #VeteranOfTheDay is Army Veteran James B. Tatum, who served as an infantry company commander during the Korean War.

James B. Tatum was born in Missouri in 1925, and as a child worked in his grandparents’ grocery store. When Tatum was a senior in high school, his father enrolled him in Wentworth Military Academy in Lexington, Missouri, to prepare him to serve in the military. Tatum then attended college at the U.S. Military Academy in West Point, New York. He graduated in 1947 as a second lieutenant with a Bachelor of Science.

At the beginning of his military service, Tatum served at Fort Riley, Kansas, and at Fort Benning, Georgia. He then went overseas to Japan in 1948. There, he served in the 11th Airborne Division 511th Parachute Infantry Division until 1950.

Tatum transferred to Inchon, Korea, at the start of the Korean War while he was a company commander. He promoted to and served at the rank of captain. After an ambush injured him, the military evacuated Tatum to the U.S. where he recovered and returned to duty to teach intelligence at Fort Riley’s Ground General School. Tatum enjoyed his time teaching but due to his injuries, he retired on a medical disability in 1953.

After retirement, Tatum returned home and opened Tatum Motor Company, a farm equipment company, in Anderson, Missouri, which he owned and operated for 54 years. Tatum helped found Crowder College, a public community college located in Neosho, Missouri. He served on the board of trustees from the college’s inception until January 2014, making him the longest serving community college trustee in the nation. He served on the board for 50 years, and for 47 of those from 1963 to 2009, he served as the president.

Tatum received numerous honors for his service to Crowder College and Missouri. A portion of I-49 in Newton County, Missouri, is designated the James B. Tatum Highway. Crowder College named a facility James B. Tatum Hall in his honor and the Tatum Bell Tower stands on the main campus quad. There is also a bronze bust of him on permanent display in the lobby of Crowder College’s Arnold Farber building. In 2007, the Mel Carnahan Missouri Community College Hall of Fame inducted him.

Tatum currently resides in resides in Pineville, Missouri, and celebrated his 95th birthday in July 2020.