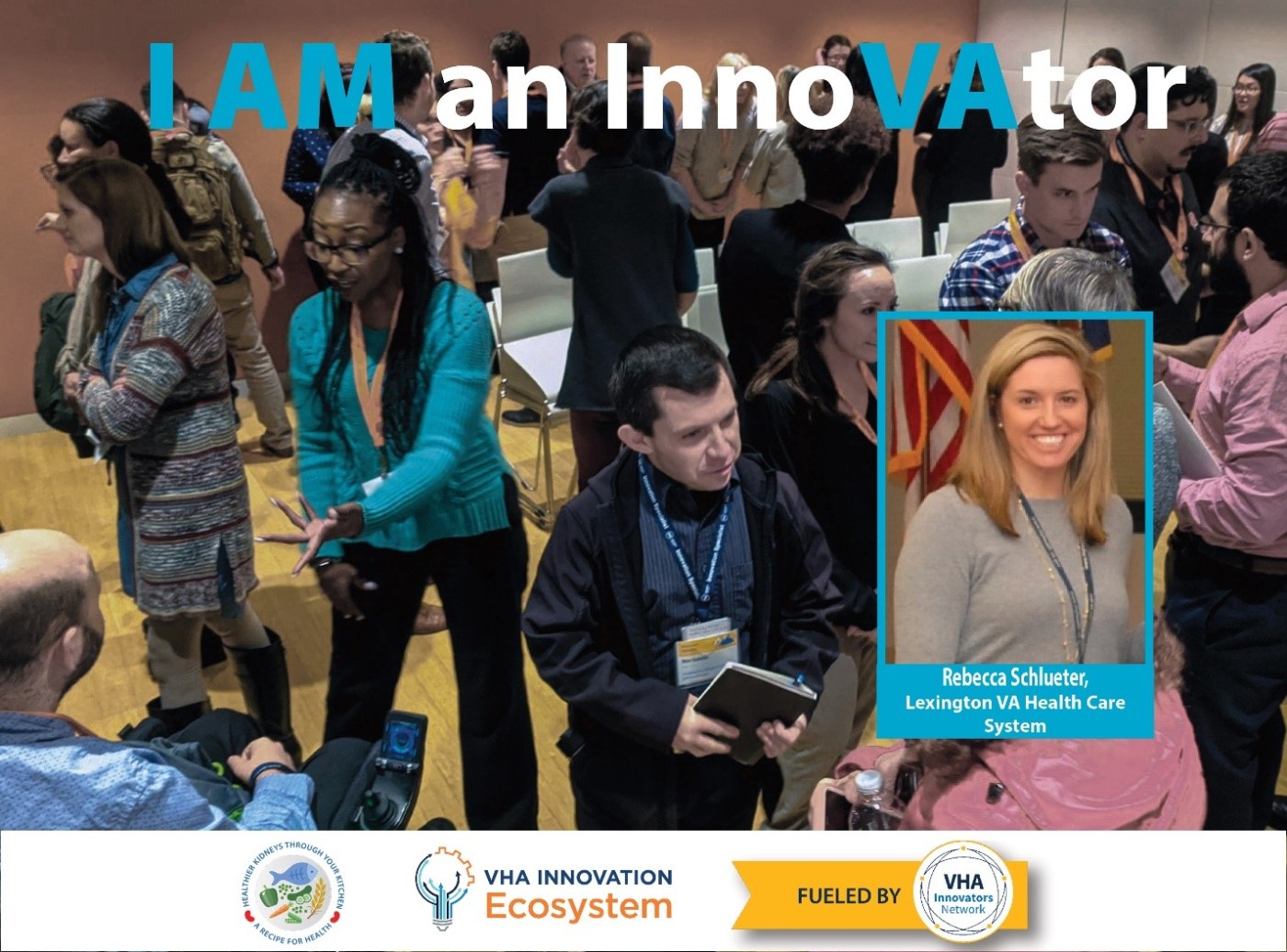 The VHA Innovators Network (iNET) InnoVAtor of the Month for September is Becky Schlueter, RD, LD, the assistant chief of Nutrition and Food Services at the Lexington VA Health Care System (HCS). Schlueter is the creator of Healthier Kidneys Through Your Kitchen (HKTYK): Earlier Nutrition Intervention for Chronic Kidney Disease (CKD).

In 2017, Schlueter felt that Veterans at the Lexington VA HCS who were on dialysis with stage 4 CKD may have been able to avoid that outcome. Many Veterans were not aware of their CKD until it was in the end stages, forcing them to utilize dialysis. To prevent this outcome, she launched HKTYK. This innovative educational opportunity for Veterans is a nutrition program that raises awareness about CKD.

Schlueter said that Veterans with stage 3 CKD are identified and given the opportunity to participate in a nutrition class that explains CKD stages and lifestyle changes that slow progression. Veterans learn about monitoring protein and potassium intake, as well as the importance of blood pressure and sugar control. Veterans enjoy a Healthy Teaching Kitchen demonstration where a registered dietitian (RD) prepares a meal for tasting. They also have the opportunity to meet individually with the RD within a month, post-class, for medical nutrition therapy that includes behavior change counseling.

HKTYK was an instant success, with Veterans providing positive feedback and calling it an “eye-opener.” Schlueter was selected as an Investee in the VHA Innovators Network (iNET) Spark-Seed-Spread Innovation Investment Program, which helped her better develop, grow, and spread her practice. Then, with education and support, HKTYK became a VHA Diffusion of Excellence Promising Practice. Now, HKTYK is implemented in 12 VA facilities and counting.

“iNET has been a wonderful resource for learning the best tactics for designing and implementing this innovation,” said Schlueter. “Learning about human-centered design and best practices for change management has been very impactful. iNET contributed to our end goal of getting this program a TMS training and a toolkit. Now, we are in the works with our Diffusion of Excellence liaisons on getting the finishing touches on these items, which is very exciting.”

iNET is proud to support employee-driven innovations like HKTYK. You can learn more about how iNET is creating an army of frontline VHA employee innovators. Follow the VHA Innovation Ecosystem on Facebook and Twitter each month, as a new employee innovator is showcased.