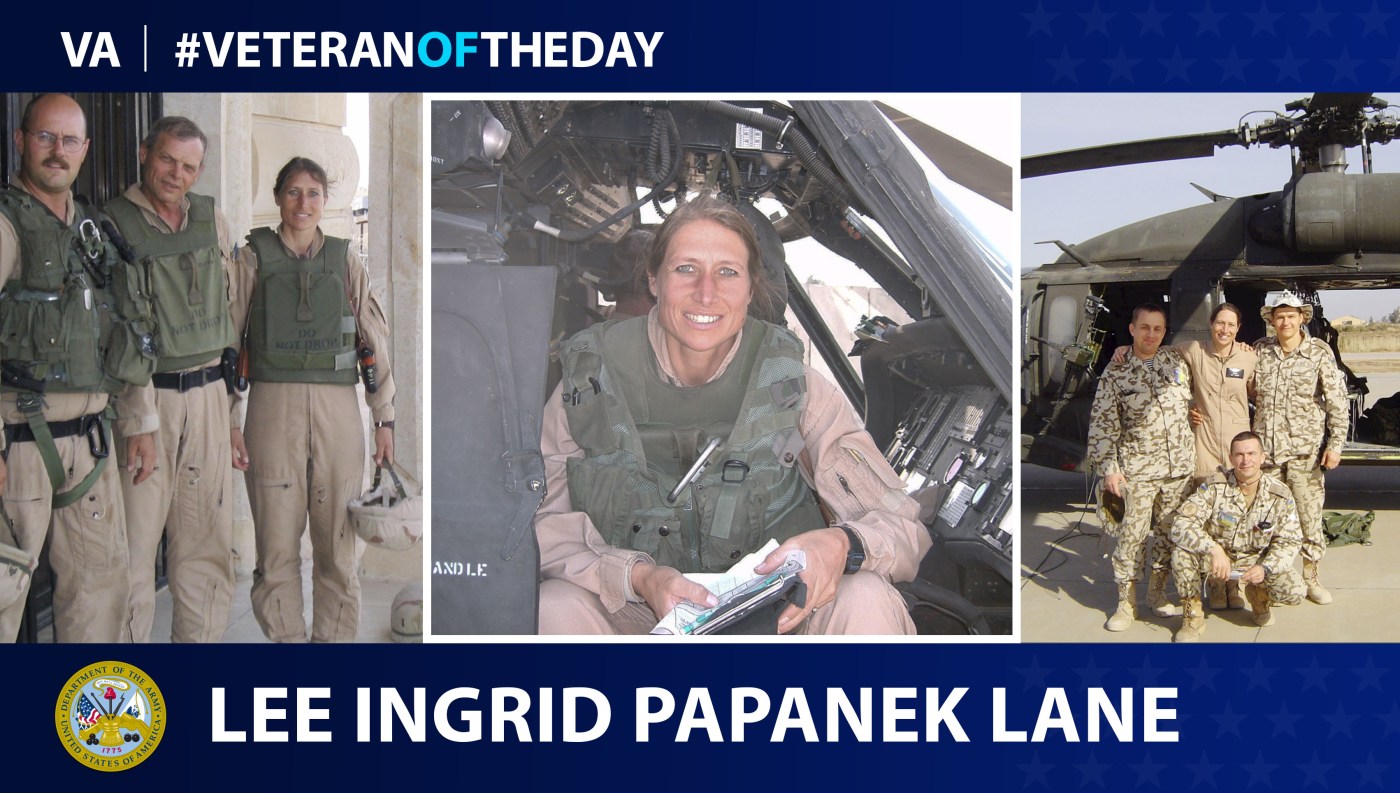 Lee Lane joined the Illinois Army National Guard in 1991 to pursue her passion for flying helicopters as a career. She entered into the Warrant Officer Training Program. Lane later entered into a flight training program, which awarded her the rank of warrant officer.

Lane’s first deployment was to Balad Air Base in Iraq. While in Iraq, Lane flew helicopters for a variety of different missions. This included flying missions to deliver ballot boxes for Iraqi elections. She said it was easy to focus on the task at hand in Iraq as she did not receive any phone calls and did not have to dedicate time to tasks such as cooking and cleaning. Looking back, Lane said soldiers would often go to bed not knowing their schedule for the next day and receive their missions at late hours.

Lane said she felt much support from the Iraqi people and people would often run out of their homes to wave at the helicopters as they flew by. The helicopters would often fly over the outskirts of cities, where they would drop candy ‘bombs’ for the children eagerly greeting them from below.

Lane was in her unit for 10 years and was its first female pilot. When it came time for Lane to return home, she found it easy to fall back into the routine but found some aspects awkward having deployed.

During her service, Lane was awarded multiple medals and citations, including the Air Medal, which one receives after flying over 100 hours of combat time, and other additional medals for serving in Iraq and Afghanistan.