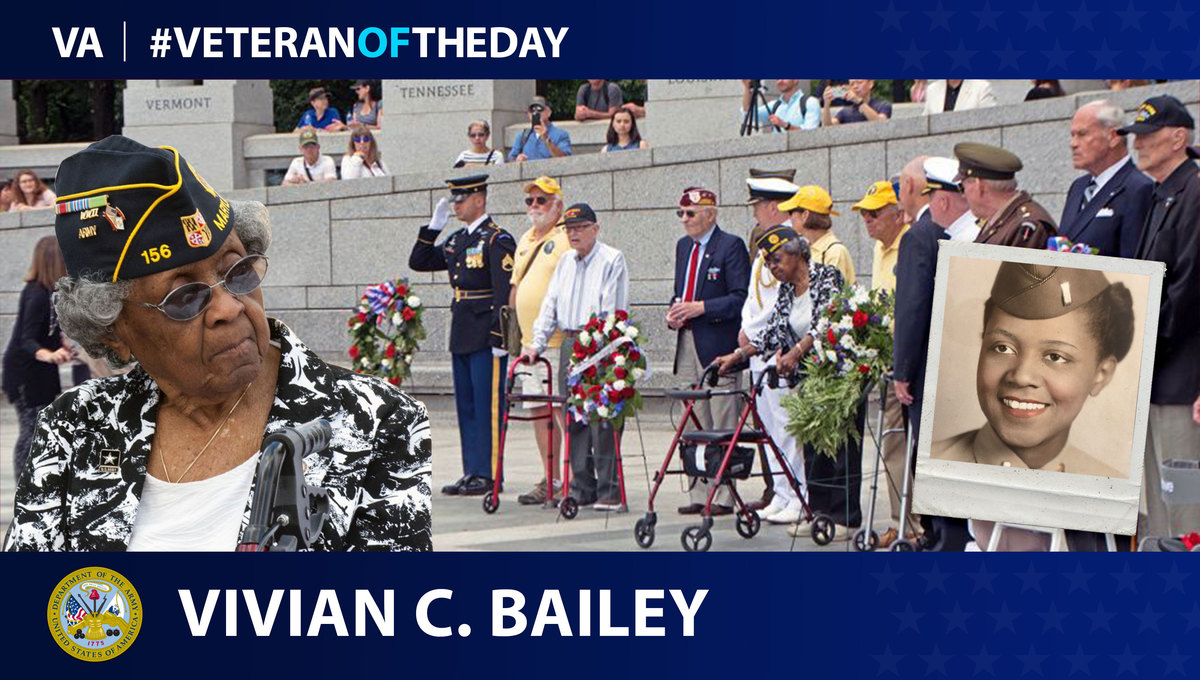 Millie Bailey was born in Washington, D.C., but grew up in Tulsa, Oklahoma. While working as a secretary, she became motivated to join the Army after hearing about her cousin’s experiences.

Bailey completed basic training and then attended officer candidate school at Fort Des Moines, Iowa. She graduated from the Women’s Army Auxiliary Corps (WAAC) Training Center in April 1943. After graduating, she commissioned as an officer. Her first orders were to Fort McClennan, Alabama, where she served as second in command of the Women’s Colored Detachment.

Bailey’s second orders were to Fort Benning, Georgia. She was second in command there as well but later promoted to first in command after attending the Army Adjutant General School (AG).

On her way to the AG school by train, she met a general. Before she met the general, she entered the dining car for breakfast and noticed a small table with a curtain. The curtain segregated black diners from white diners, but a white man had already taken that seat behind the curtain. The man was a major sitting there by himself. Upon seeing Bailey, he asked her “Lieutenant, would you join me?” She thanked him and sat down. When her train arrived in Texas, she lined up to get off the train, about four people behind a general. The general turned to her and said, “After you, Lieutenant.” Bailey stated how he was “a gentleman before he was a general.”

Bailey honorably discharged from the Women’s Army Corps in 1946 but continued to work and serve her community. She joined the Veterans Administration in Chicago after her discharge then at the Social Security Administration in Chicago and later Baltimore. She has also been working at American Legion Post 156 and Howard County General Hospital. In 2020, she celebrated her 102nd birthday.