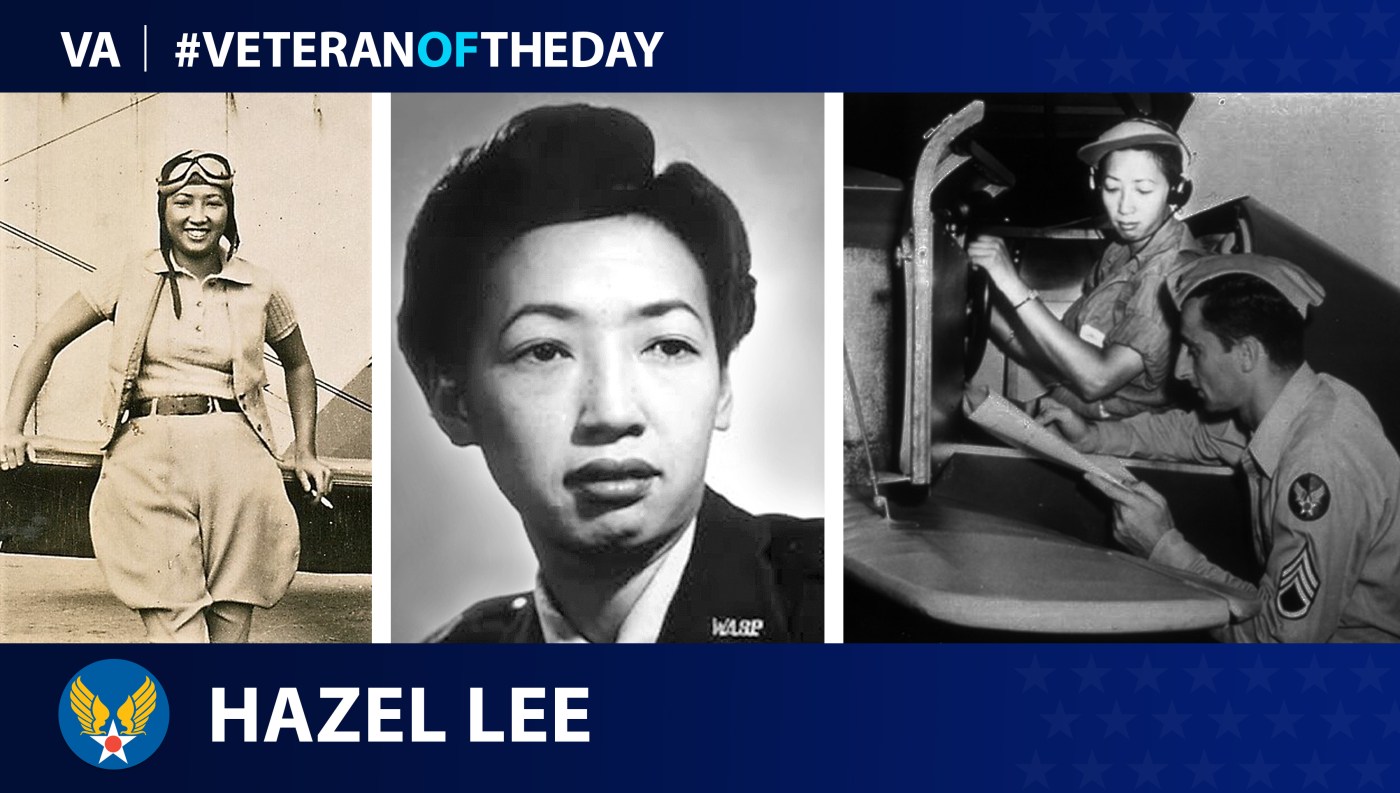 Originally from Portland, Oregon, Hazel Lee was the daughter of Chinese immigrants and grew up with seven siblings. As a teenager, Lee took a job as an elevator operator at Liebes Department Store in downtown Portland to save money for private flying lessons. She later joined the Chinese Flying Club of Portland and enrolled in the flying program sponsored by the Portland Chinese Benevolent Society.

Lee earned a pilot’s license in October 1932 after graduating from Cleveland High. She became one of the first Chinese-American women to ever earn a license. When the Japanese invaded Manchuria in 1931, she traveled to China to volunteer with the Chinese Air Force but was turned down. Lee worked as a pilot for a commercial airline based in Guangzhou in southern China and took a military desk job. After the Marco Polo Bridge incident began the Second Sino-Japanese War in July 1937, Lee attempted to volunteer again in the Chinese Air Force but was again turned down. Lee returned to the U.S. in 1938 and settled in New York. She worked for the Chinese government as a buyer of war materials.

When the U.S. entered World War II in December 1941, Lee applied for the Women’s Flying Training Detachment in the fall of 1942. She attended an all-women’s flight school in Sweetwater, Texas, for six months of training. Before Lee graduated, the detachment merged with the Women’s Air Ferrying Service to form the Women Airforce Service Pilots (WASPs).

After graduating in 1943, Lee became the first Chinese-American female pilot to fly for the U.S. military. She qualified to ferry cargo and trainer aircraft. She served with the 3rd Ferrying Squadron at Romulus Army Air Base in Romulus, Michigan. With the 3rd Ferrying Squadron, Lee flew ferrying and administrative flights in Boeing PT-17 Stearmans, North American T-6 Texans, and the Boeing C-47 aircraft. From Romulus, WASPs also delivered the aircraft they flew to ports on both the West and East coasts. The military loaded the aircraft onto transport ships for the longer trip overseas.

In September 1944, Lee attended the Pursuit School in Brownsville, Texas. She became one of 130 women certified to fly high-powered fighters like the North American P-51 Mustang and Bell P-63 Kingcobra. On Nov. 23, while ferrying a P-63 Kingcobra fighter from Niagara Falls, New York, to Great Falls, Montana, Lee’s aircraft collided with another P-63 aircraft immediately after landing in Montana. Though rescued from the flaming wreckage, she was badly injured and passed away on Nov. 25. Lee was the last WASP casualty during World War II.