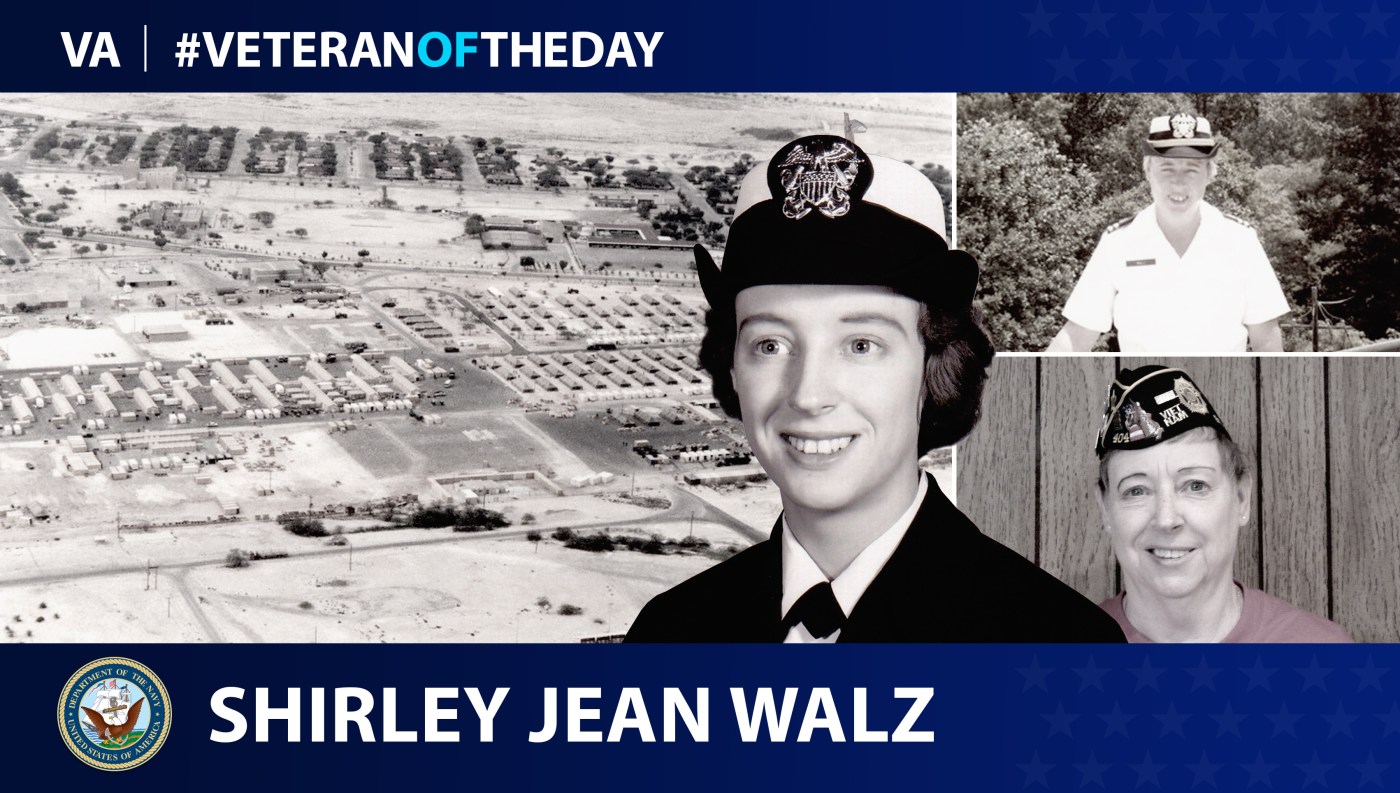 Today’s #VeteranOfTheDay is Navy Veteran Shirley Jean Walz, who served in the Navy nurse corps on active duty and the Reserve from 1962 to 1995.

First commissioned in 1962, Shirley Jean Walz spent over 30 years on active duty and as a Reservist in the Navy Nurse Corps, where she rose to the rank of lieutenant.

The first in her immediate family to join the military, Walz commissioned a few months after graduating from a nursing program at St. John’s Mercy in St. Louis, Missouri in 1962. Walz had known from a very early age that she wanted to be a nurse. She joined the Navy after recruiters visited her nursing program. With the Vietnam War escalating, and Walz joined out of a sense of patriotism and service to the country. She also wanted the educational and professional opportunities the Navy could offer her.

Before heading to her first duty station, Walz attended officer training in Newport, Rhode Island, for eight weeks with a class of all female Naval officers. Walz served her first active duty tour in the Portsmouth Naval Hospital in Virginia in the emergency room. Here she treated both active duty military, as well as their wives and dependents. Walz liked working in the emergency room because of the variety in what she treated.

In 1965 Walz became a Reservist and maintained that status until reactivated for Operation Desert Storm. During Desert Storm in 1991, Walz deployed to Bahrain, where she worked in the all-female ward of the military hospital there. In 1995, a few years after her return from Bahrain, Walz retired from the Navy. She said she had no regrets about choosing to join the Navy Nurse Corps and would do it all again, given a chance.