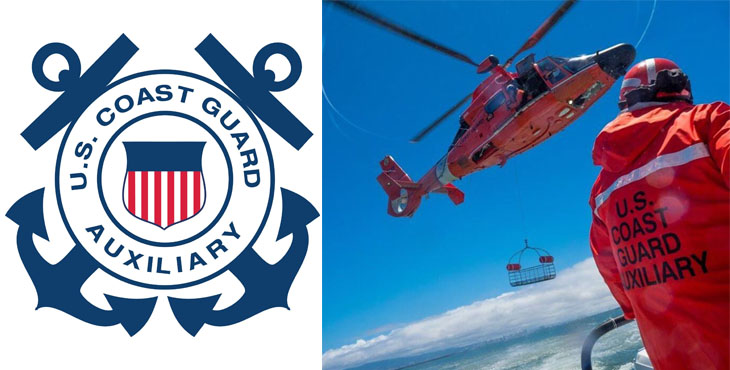 Veterans looking for camaraderie and a chance to contribute in a military setting have opportunities through the Coast Guard Auxiliary.

The Auxiliary is an organization of uniformed volunteers. They assist the Coast Guard, as authorized by the commandant, in performing any Coast Guard function, power, duty, role, mission or operation authorized by law. Members do not perform any law enforcement functions or direct military action.

The Auxiliary looks for owners – sole or part – of motorboats, yachts, aircraft, or radio stations, or those with special training or experience. These specialties include education, information technology, legal, disaster response, human resources, public affairs and others.

Membership is open to any citizen of the U.S. and its territories and possessions who is 17 or older, and there’s no mandatory maximum age.

There are no specific physical standards to be eligible to enroll in the Auxiliary. Any Auxiliarist, regardless of physical limitations, may participate in training to achieve certification in a non-operational or operational position. The Auxiliary also has relaxed grooming standards, such as beards for men.

Mike Reidy spent 30 years in the Air Force as a B-52 navigator and instructor, retiring in 2004. The Afghanistan and Iraq Veteran served in communications, B-52s and as a liaison officer with Army units, including the 82nd Airborne at Fort Bragg.

After retirement, he went back to New York. Standing on a street corner one day babysitting his nieces, someone asked him, “Don’t you have a job to go to?” He saw the same person again the next day, who encouraged him to join the Auxiliary.

After completing initial training, he received a job. He is a qualified boat coxswain, or boat skipper, who performs safety patrols and teaches boating safety classes. He’s also an elected leader for the organization. He said joining the Auxiliary helped him reconnect with service.

“I was definitely missing things about being on active duty,” Reidy said. “The Auxiliary really got me into meeting a new group of people I would have never met.”

He said many of the Auxiliary members are former military, which helps establish a bond.

Auxiliary members also wear decorations they earn while in the military. Reidy said. He said he has struck up conversations with several Vietnam and other Veterans based upon their medals. Once, he saw a Veteran with a Purple Heart. After talking, Reidy found out the Auxiliary member was on the USS Liberty, who were strafed and torpedoed during the Six-Day War in 1967.

Another member, Tom Violante, lives by Coast Guard Sector Long Island Sound in New Haven, Connecticut. A self-described Army brat who lived on bases growing up, Violante was a sole surviving son who couldn’t join the military during Vietnam. He went to an Auxiliary open house and later became a chef. He attended three weeks of training for his specialty at Coast Guard Sector New York on Staten Island. He’s also been a public affairs officer on the national staff, vessel examiner and publications specialist.

“Being around that military life has helped me quite a bit because ‘yes sir’ and ‘yes ma’am’ is part of my vocabulary,” he said. “It’s given me the quasi-military experience I wanted.”

Violante said he had a first-hand experience with the bond on a vacation to Hawaii. When Violante told the tour guide – an Afghanistan Veteran – he was in the Auxiliary, Violante said, “he treated me as an equal.”

Violante said Auxiliary members have stepped in multiple times to augment the Coast Guard. He served as chief cook and bottle washer, running a galley while Coast Guardsmen deployed. Violante is responsible for finding volunteers for other chef missions. One member deployed for two weeks on USCGC Katherine Walker, a 270-foot cutter out of Bayonne, New Jersey. Another member spent two weeks aboard USCGC Coho out of New London, Connecticut, after COVID-19 hit the East Coast.

Reidy said an Auxiliary member taught Coast Guard cadets celestial navigation aboard the Academy’s USCGC Eagle as it sailed in the Atlantic Ocean.

“It’s more than serving a meal across the line, Viloante said.” We’re a part of their morale, welfare and recreation.”

Reidy said serving others boosts his morale because of the mission.

“At the end of the day, you feel like you did something,” Reidy said. “You know you helped people. They will be a little safer on the water.”

Congress established the United States Coast Guard Auxiliary in 1939. The Auxiliary promotes and improves recreational boating safety; provides trained crews and facilities to augment the Coast Guard and enhance safety and security of ports, waterways, and coastal regions; and supports Coast Guard operational, administrative, and logistical requirements. The Auxiliary has units in all 50 states, Puerto Rico, the Virgin Islands, American Samoa, and Guam.

The Auxiliary serves under the direct authority of the U.S. Department of Homeland Security via the commandant of the U.S. Coast Guard. The Auxiliary breaks down into four organizational levels: flotilla, division, district and national.

Veterans can find out more about joining at http://join.cgaux.org/join.