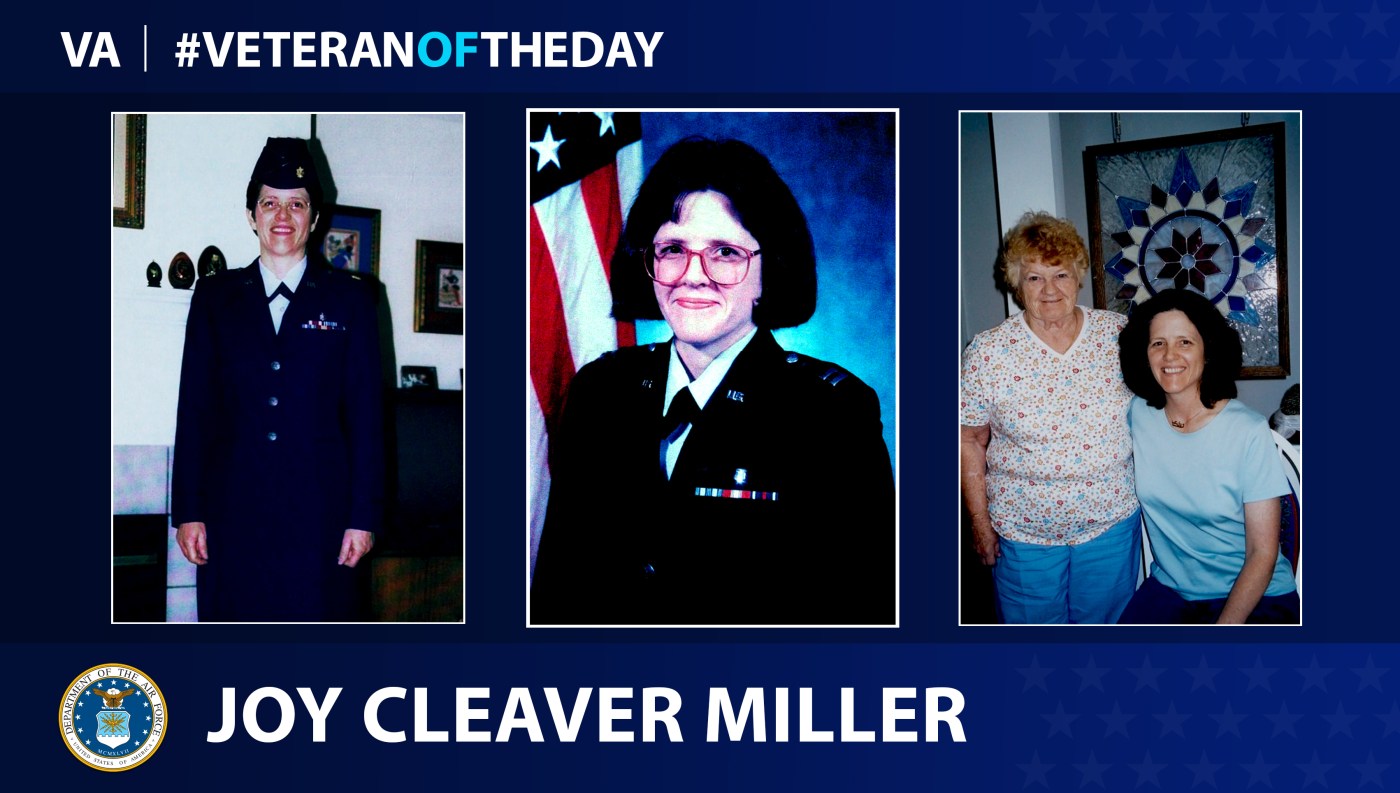 In 1994, Joy Cleaver Miller commissioned in the Air Force for her unique medical background. Before returning to school, she ran a private veterinary practice for 12 years, and decided to return to complete a master’s degree in Veterinary Preventive Medicine at the University of California at Davis.

She met an Air Force recruiter who explained there was a hiring need for medical officers with epidemiology expertise. Miller received and accepted an offer to become chief of Air Force health surveillance at Brooks Air Force Base. Her first duties included developing more advanced systems to track the spread of disease among deployed service members so the Air Force could detect an outbreak’s inception. The Air Force used a pencil and paper tracking system used when she first entered. Each unit would track the number of cases of each disease it saw daily and sent the data to Brooks Air Force Base. During Miller’s Air Force career, this system transformed into a computer-based system. Miller experienced this transition during her deployment to Saudi Arabia in 1996.

The Air Force assigned Miller to Prince Sultan Air Force Base. Her assignment was to help implement electronic surveillance systems to better track the risk factors for disease and injury. The Khobar Towers bombing revealed that it was difficult to predict who would be most at risk for severe injury because medical staff didn’t know if injuries directly from the bomb or from flying debris were more severe. Prince Sultan Air Force Base was crowded. Miller shared an eight-person officers’ tent with 12 other women for her three-month long deployment. After Miller completed her deployment to Saudi Arabia, she applied for a fellowship with the Epidemic Intelligence Service at the Center for Disease Control and Prevention.

Upon receiving the fellowship, Miller spent the next two years researching in Somalia, Bosnia, Russia and Yemen. Miller completed the fellowship in 1999 and began working at the Armed Forces Medical Intelligence Center at the Defense Intelligence Agency analyzing diseases in Russia and Eurasia until 2001. Miller received an honorable discharge at the rank of major in 2002. She took a civilian job as team leader for an infectious disease team at the Defense Intelligence Agency.