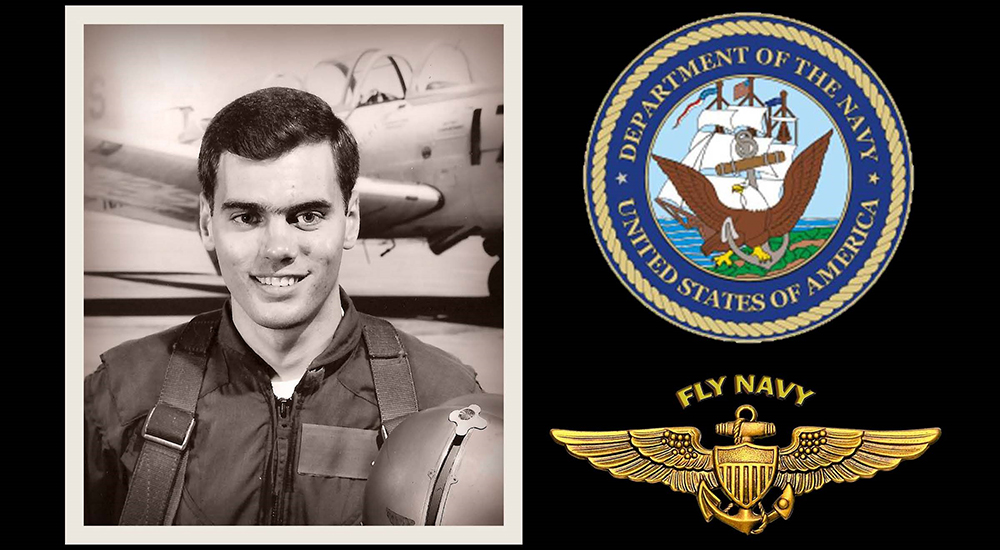 As a Navy pilot, Steve Riley led by example. Now in his 70s, he’s leading by example in a different sense.

Whole Health is a patient-centric approach to health care that empowers and equips Veterans to take charge of their physical and emotional well-being.

Whole Health hinges, in part, on changing the dynamic between Veterans and their VA health care providers. Providers approach care differently by paying closer attention to the goals and priorities of Veterans.

Put simply, they don’t ask, “What’s the matter with you?” when caring for Veterans. They ask, “What matters to you?” The answers form the basis of a personalized health plan.

Life story one of heartbreak – and hope

Riley is no stranger to such soul searching. As a Whole Health volunteer, he speaks openly about his own struggles and successes, which inspires others to explore their own needs and aspirations in a group setting.

Riley’s life story is one of determination, heartbreak, deep struggle and, ultimately, hope.

A native of Portland, he attended Oregon State University on a Naval Reserve Officers Training Corps scholarship. He went on to flight school and a career as a Navy pilot that included stints as a flight instructor and assistant navigator aboard a Kitty Hawk-class aircraft carrier, the USS America.

After leaving Naval service in 1983, Riley earned a master’s in computer and information science and embarked on a career in information technology.

But the ambition that fueled his success in the Navy and later in the business world faded when his father died in 1999. “All of a sudden, the importance that I had placed on competitive success and personal accomplishments became essentially meaningless with the passing of my father,” he recalls.

Journey of self discovery in prison

In the months after his father’s death, Riley was involved in an alcohol-related, single-car accident that resulted in the death of the passenger in his vehicle. He later pled guilty to criminally negligent homicide and was sentenced to four years in a state prison.

While in prison, Riley completed a rehabilitation program for first-time offenders that made him eligible for early release. The program focused on fitness and diet, changes in thinking patterns (cognitive dissonance), stress management, anger management, relationships and substance abuse.

The experience marked the start of what Riley describes as a journey of self-discovery that continues to this day.

By the time he enrolled in Whole Health classes years later, Riley wasn’t shy about sharing his experiences and emotions in a group setting.

“I took to it right away,” he says, reflecting on his participation in a six-week, peer-led course that focuses on self-exploration, self-care and goal setting around what matters most to participants.

A greater emphasis on self care

Riley and other participants delved into each aspect of what’s called the Circle of Health, a foundational component of Whole Health that helps Veterans visualize and explore the connections between their health and other aspects of their lives. Riley began to put a greater emphasis on certain aspects of self-care that contribute to emotional well-being.

“Whole Health is about lifestyle change. I needed to believe strongly in the value or values that underpinned the path on which I was about to embark. Doctors can fix broken bones and prescribe medicine. But only the individual Vet can change his or her lifestyle and many maladies and conditions require just that.”

Riley’s experience with Whole Health went much deeper than realizing he needed to do more around the house. He and other Veterans also learned about mindfulness and its power to help people manage their emotions.

“Join us in an awesome experience.”

The class left Riley wanting more in the form of ongoing connections with fellow Veterans. That inspired him to serve as a Whole Health volunteer. He also volunteers with VA’s MOVE!® weight management program, which helped him shed nearly 30 pounds since being diagnosed with Type 2 diabetes in 2016.

What message does Riley have for fellow Veterans who are taking Whole Health classes or interested in doing so?

“To my fellow Vets already in Whole Health, I would say, ‘Keep coming back. Keep learning about yourself, keep listening, keep striving and keep forgiving yourself if at first you don’t succeed.’ There is no magic goal line we cross that means we don’t have to continue to work at our lifestyle.

“To those Vets who are thinking about Whole Health, I’d say, ‘Be open-minded. Take a chance and join with us in an awesome experience.’”