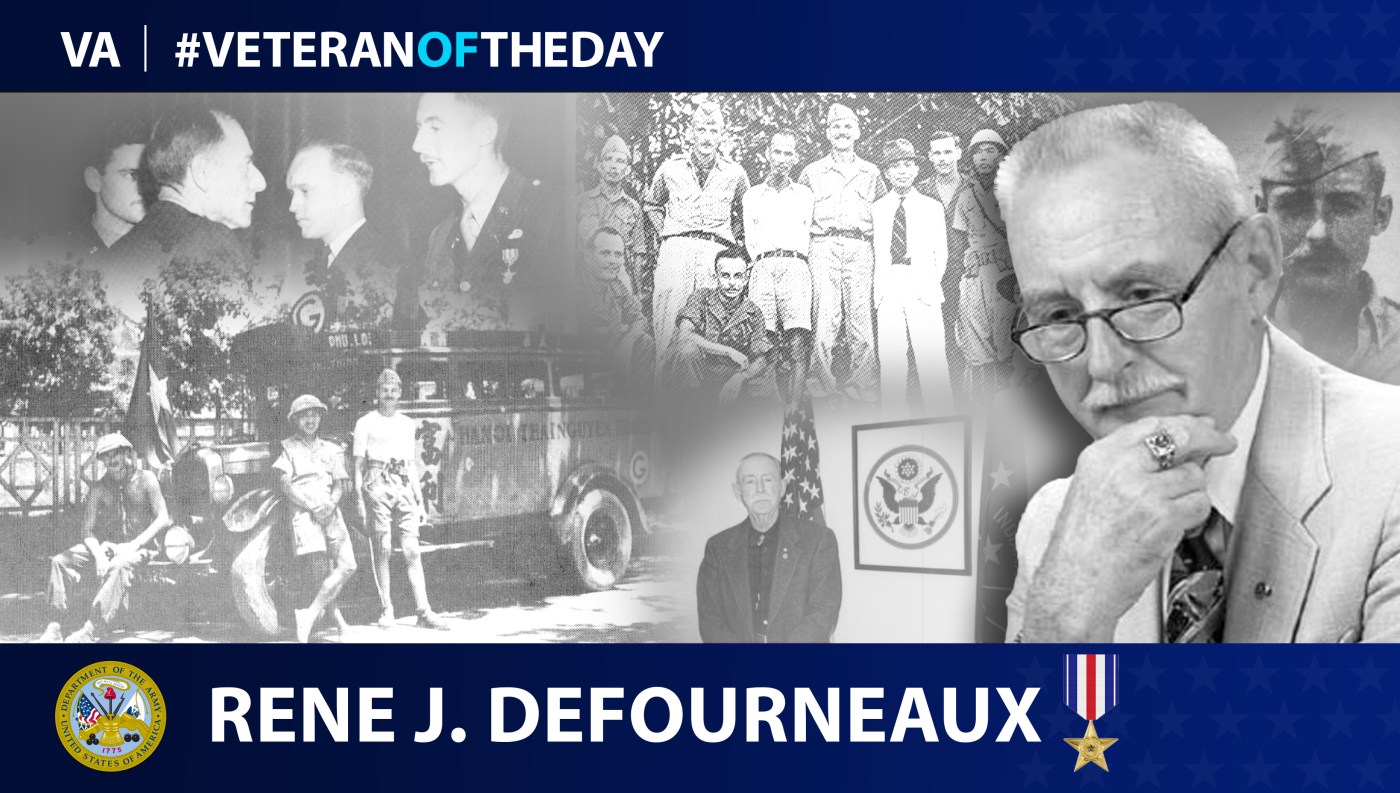 Today’s #VeteranOfTheDay is Army Veteran Rene J. Defourneaux, who served as a counterintelligence operative during World War II and the Korean War.

Rene J. Defourneaux was born in Lebetain, France. In 1939, at age 18, he immigrated to the United States with his father. He worked for several years as a fitter until 1941, when all of his friends enlisted into the military following the Pearl Harbor attack. Feeling a surge of duty and responsibility, Defourneaux enlisted in the Army and chose the infantry, not a common occurrence at the time.

Defourneaux would later become an infantry fitter because the Army assigned soldiers based on skills. Defourneaux held a higher skill set than the average infantryman. As a result, his command transferred him again, when they discovered that Defourneaux spoke French fluently. He worked in the Office of Strategic Services, where he operated under the Counterintelligence Corps (CIC) department.

Defourneaux went to London for his training and learned skills on radio, sabotage, explosives, weapons handling, code and jumping from an airplane. During his first mission, Defourneaux dropped behind German lines, where he met up with the French Resistance. He worked with the French Marquis, a band of resistant fighters armed and trained in guerilla warfare. Later in China, Defourneaux trained a small group of guerilla soldiers, led by Ho Chi Minh. They fought against the Japanese before the end of the war.

Defourneaux transitioned to the Reserve after World War II, before returning to active service in the Korean War. He returned to the Reserve after the Korean War ended. In 1956, he joined the Central Intelligence Agency. He served in Japan, where he moved through various countries. In 1963, he moved to Fort Benjamin Harrison, Indiana, where he worked as a special agent.

During his service, Defourneaux received numerous awards, including a Silver Star, the armed forces third highest award for bravery during combat.