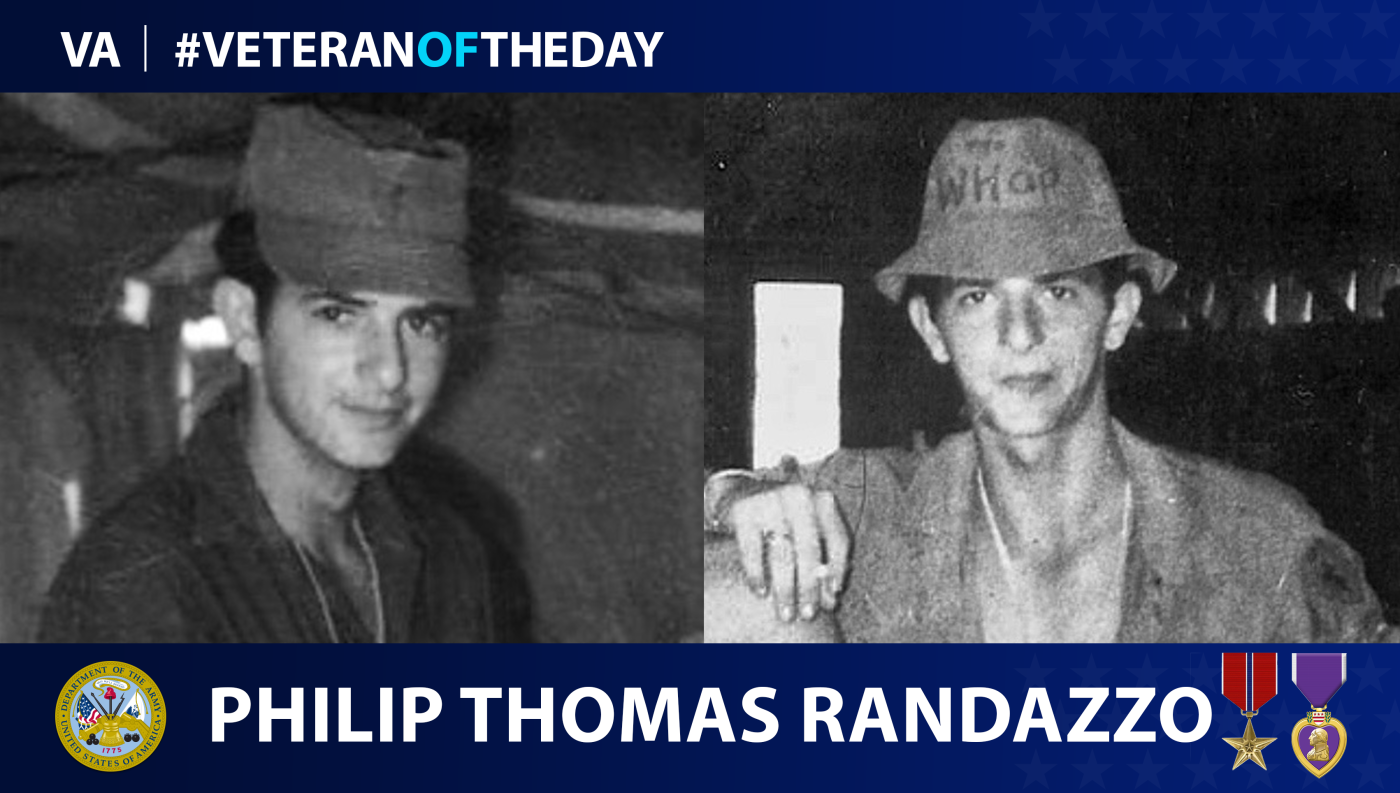 Today’s #VeteranOfTheDay is Army Veteran Philip Thomas Randazzo, who was a reconnaissance scout during the Vietnam War and received two Bronze Star Medals.

Philip Thomas Randazzo was born in Grosse Point, Michigan. He graduated high school in 1965 and continued his education at a barber’s college. As a student Randazzo received two draft notices, but was able to defer both. At age 20 he received his third draft notice nine months in advance, and so was unable to defer. He joined May 8, 1967, at Fort Wayne, Indiana, before going to Fort Knox, Kentucky.

After graduating from basic training, Randazzo remained at Fort Knox for advanced individual training. There hetrained as a reconnaissance scout, with the duties of locating, engaging, and maintaining contact with the enemy until help arrived. Randazzo flew to Bình Hòa, Vietnam, and arrived at Củ Chi Base Camp, the headquarters of the 25th Infantry Division, via a C-130 for another five days of training.

The weapons and vehicles Randazzo learned in basic training were not the ones he used in Vietnam. He learned how to use the new weapons through experience. Randazzo spent approximately four months engaging the enemy with his reconnaissance team as part of the mechanized cavalry. He and his team were pulled back to Củ Chi on Jan. 30, 1968; he later fought in Saigon and Tan Son Nhut during the Tet Offensive.