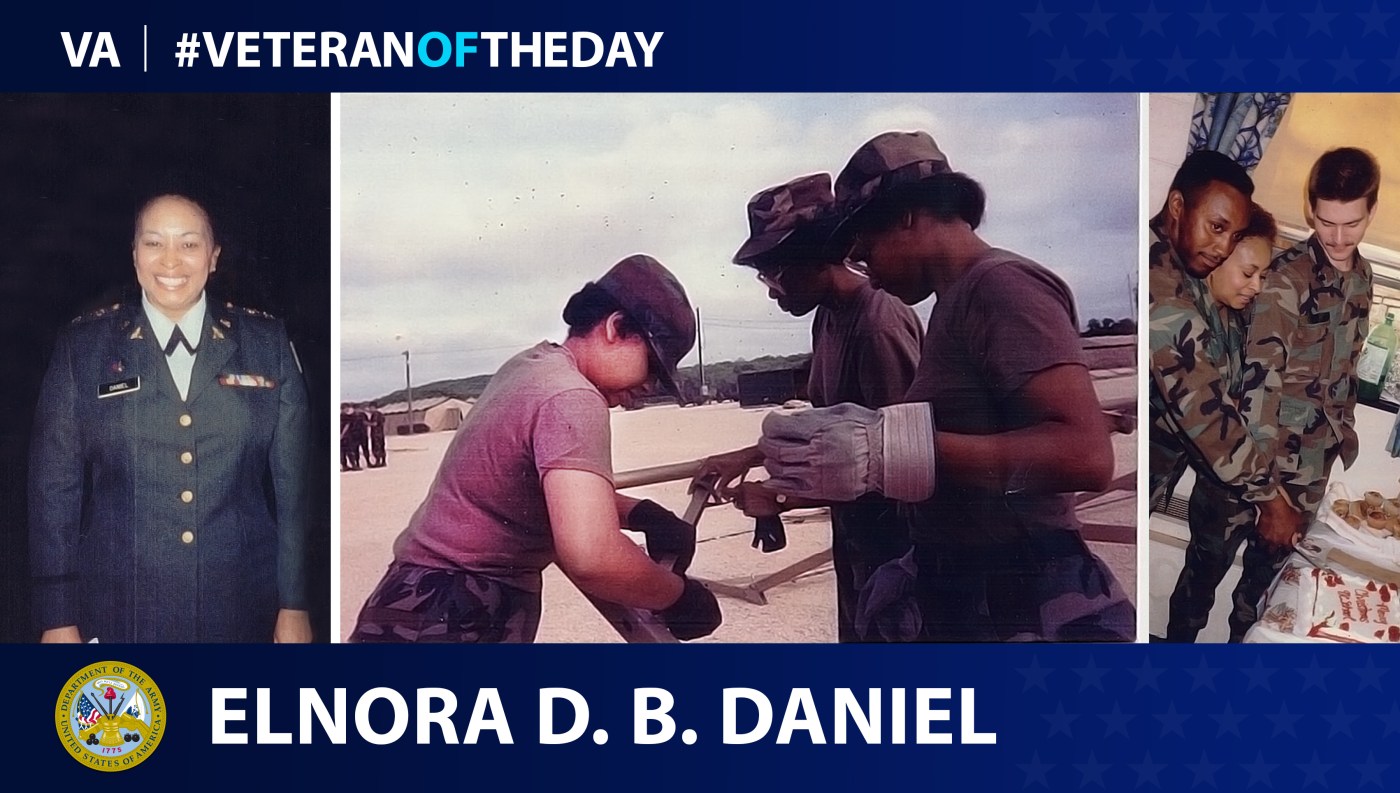 Today’s #VeteranOfTheDay is Army Veteran Elnora D. B. Daniel, who served in the Army Nurse Corps and retired as a colonel.

Elnora D. B. Daniel was born in Oxford, North Carolina, in November 1941. She earned her bachelor’s degree in nursing in 1964 and moved to New York City, where started her nursing career at the New York Medical Center. After earning her master of education degree from Columbia University in 1968, Daniel relocated to Virginia, where she continued studying at the College of William and Mary and worked as a nurse at Hampton University’s School of Nursing.

She also earned her doctorate of education from Columbia University in 1975. In 1979, Daniel transferred to the Army Nurse Corps as a major and served as the chief nurse of the 18th Field Hospital in Virginia.

Daniel described her experience as a chief nurse as hectic but rewarding. Her service at the field hospital taught her how to manage a difficult situation and survive with few comforts; she explained, “We worked from six o’clock on a Friday night and finished Sunday night.” Daniel worked at the field hospital from 1979 to 1987 before being transferred to the 2076th U.S. Army Reserve School in Wilmington, Delaware, to develop a satellite training school.

Daniel also managed an Army Nurse Corps training camp in Hampton, Virginia. She served as dean and provost, and as administrator and vice president of academic affairs, at Hampton University. She later became the president of Chicago State University in 1998, where she taught ROTC for a short time and also served as the CEO.

Daniel retired from the military as a colonel.