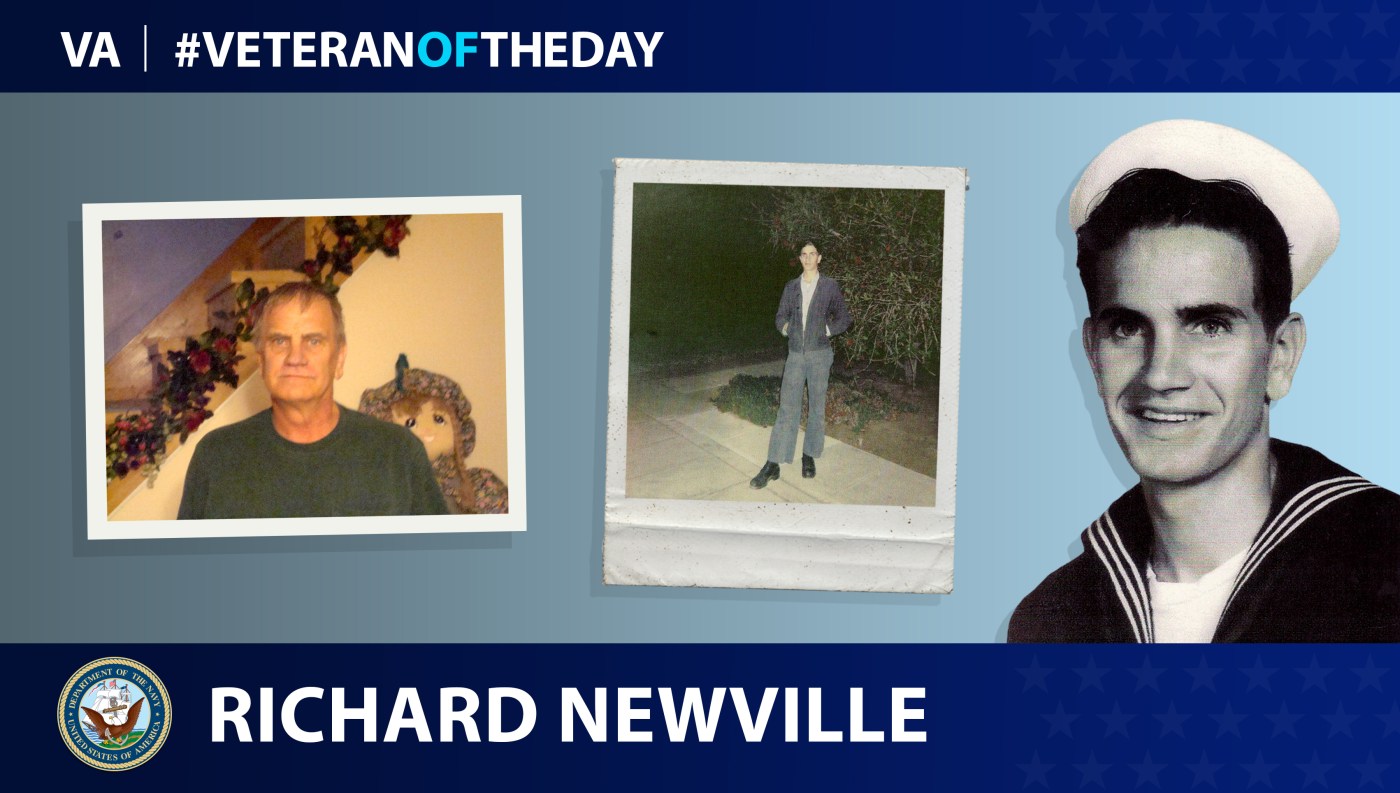 Today’s #VeteranOfTheDay is Navy Veteran Richard Newville, who served as a jet engine mechanic across the Pacific during the Vietnam War.

Richard Newville enlisted in the Navy in 1966, before he was 18 years old. After boot camp, Newville served with the 6th Fleet Air Wing as a jet engine mechanic on the flight deck of an aircraft carrier. He loved working with airplanes and earned the rank of petty officer third class. Throughout his service, he traveled greatly throughout South Vietnam, the Philippines, Japan and Hong Kong.

A favorite memory during his service was Christmas Eve in 1968. Newville saw Bob Hope perform on his South Vietnam Christmas tour. While in the service, Newville wrote letters to his family and played cards and chess with his fellow sailors during his free time.

The first portion of Newville’s service ended on Dec. 26, 1969. He honorably discharged prior to turning 21 due to his young age at his first enlistment. After discharge, Newville joined the Reserve. During his service, he received two Vietnam Service Medals.

After the war, Newville completed his GED and began working as a truck driver. He moved around the U.S. for many years, before eventually settling in Indiana with his family.