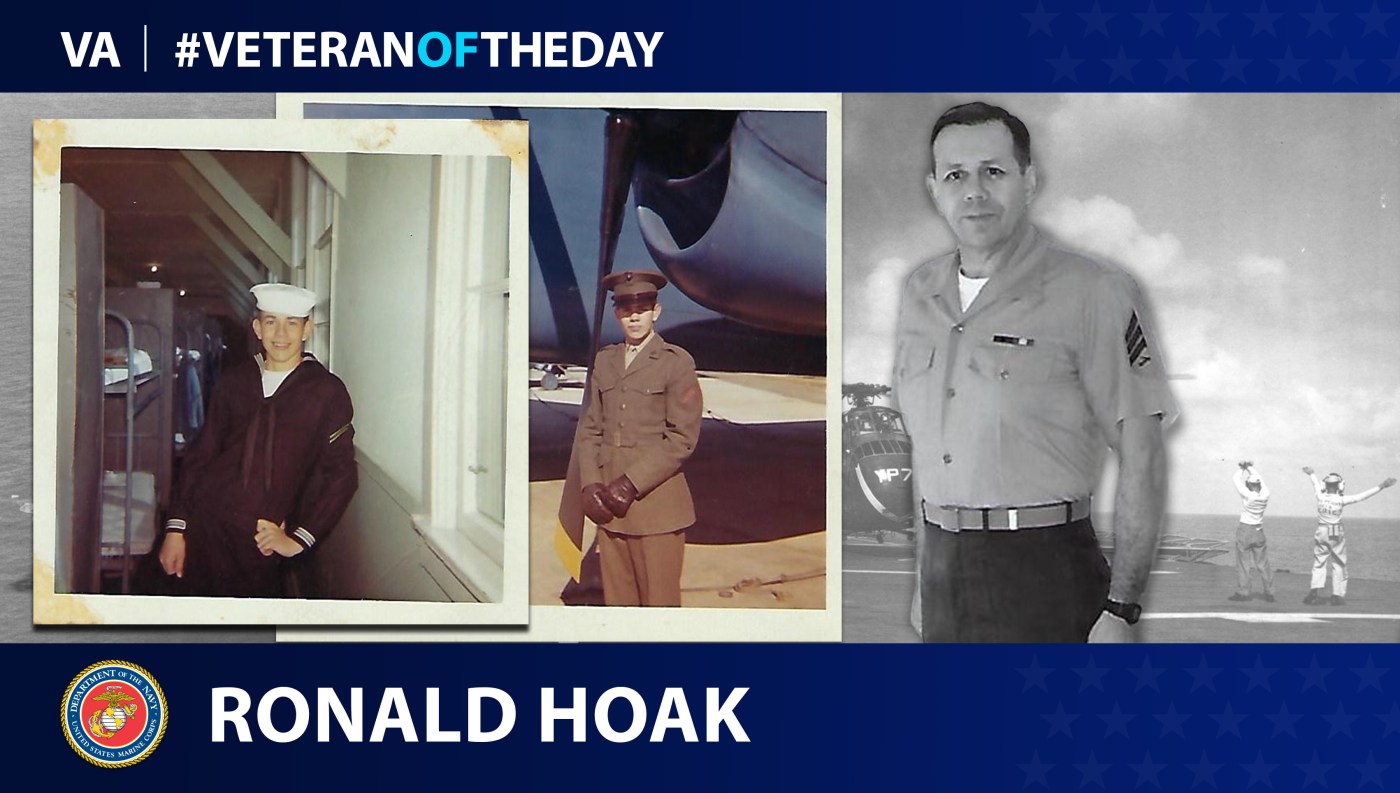 Ronald Leroy Hoak grew up in Roseburg, Oregon, and enlisted in the Marine Corps in 1960. He was inspired to serve in the military by his stepfather, a Coast Guard Veteran, and a family friend, a Marine Corps Veteran, whom he called “Uncle Steve.” He sparked Hoak’s interest in the Marine Corps by telling Hoak war stories and giving him books on the Marine Corps, which Hoak commented, “I think I was a Marine since I was 8 years old.” He enlisted at age 17 in a six month delayed entry program and went to boot camp after graduation.

After boot camp, Hoak attended advanced infantry training at Camp Pendleton, where he promoted to private first class. Then, he trained at Millington Tennessee Naval Air Technical Training Center as an aircraft reciprocating engine mechanic. Hoak graduated top Marine in his class. He expected to receive choice of duty station, but instead his entire class received orders to USS Princeton.

Hoak spent two and a half years working on the flight deck of USS Princeton. His service was three years prior to the start of the Vietnam War. During this time, USS Princeton took members of the Central Intelligence Agency to Vietnam, where pilots in plain clothes flew them to the mainland. The agents removed any traces of the journey from the ship’s log. Hoak could not discuss the event for 20 years. During another trip to Vietnam, the Princeton relayed HMM-163, the first Marine squadron to go into Vietnam.

While on USS Princeton, Hoak witnessed nuclear tests on Johnston Island in 1963. He and his fellow Marines watched four nuclear and one thermonuclear explosion detonate. They wore dosimeters, devices used to measure radiation exposure, but were later told that the meters were faulty.

Hoak also served as a helicopter mechanic in Santa Anna, California before discharge. After ten years out of the service, he went back into the Marine Corp Reserve. Hoak spent 10 years there before leaving with the rank of sergeant. He said about his service, “At 17, I went from being a snot nose kid to a Marine.”

Now, Hoak works as a Christian pastor in Oregon. He has been married to his wife for 56 years and has two children, one of whom is currently in the Navy.