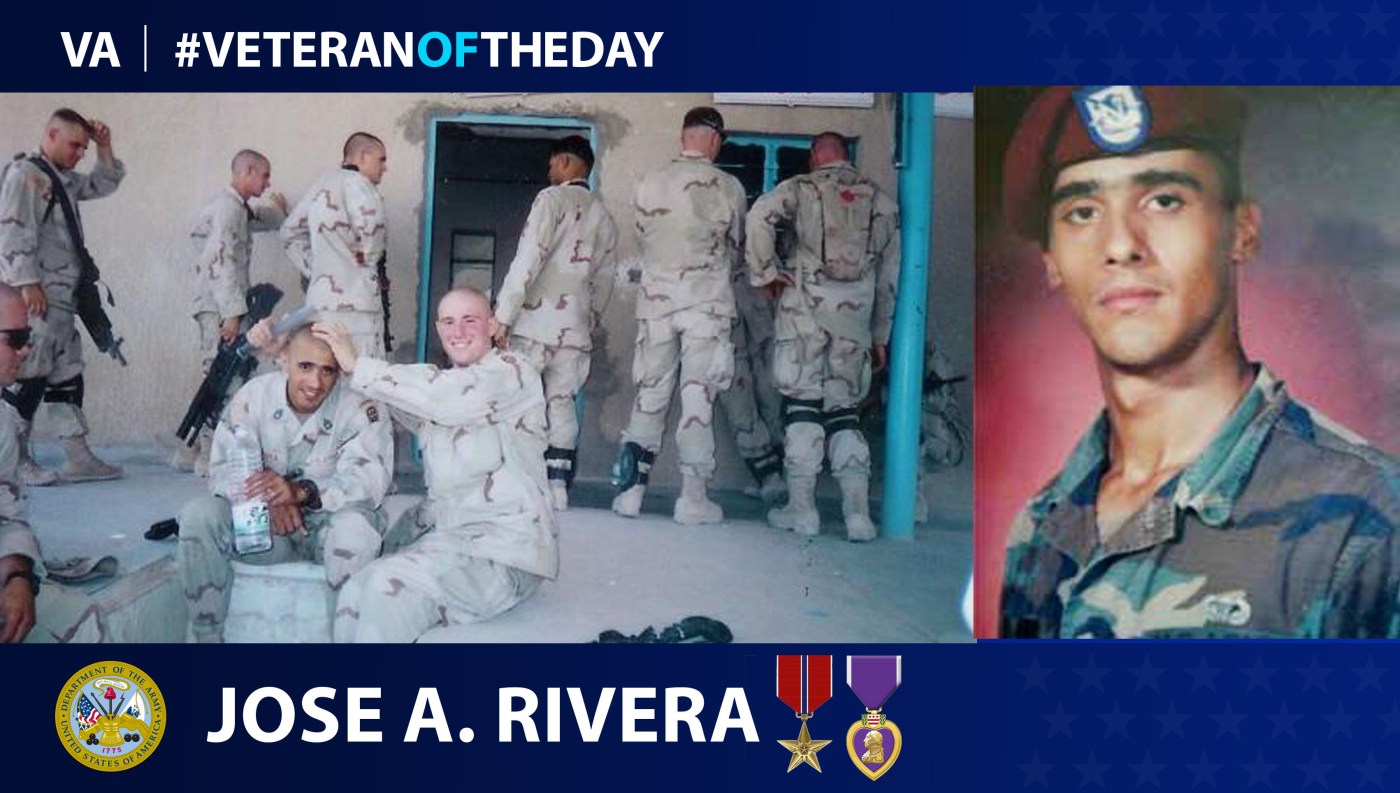 Today’s #VeteranOfTheDay is Army Veteran Jose A. Rivera, who served with the 82nd Airborne Division and was killed in action during Operation Iraqi Freedom.

Jose A. Rivera was born and raised in Barranquitas, Puerto Rico. In 1990, at the age of 19, he enlisted in the Army and served 13 years. He served with Headquarters Company 2nd Battalion, 505th Parachute Infantry Regiment during his enlistment. He was also a part of the 82nd Airborne Division.

Rivera served at Fort Bragg, North Carolina and as an Army recruiter in New York. His deep sense of patriotism and work ethic inspired others to follow in his footsteps and enlist.

Following the events of Sept. 11, 2001, he left his recruitment position and went back to Fort Bragg before deploying to Iraq. He served with Delta Company, 3rd Battalion, 505th Parachute Infantry Regiment. Rivera took over a platoon in Iraq. He and his team operated outside of the city, near Mumuhdyah. On Nov. 5, 2003, enemy forces ambushed Rivera’s platoon with rocket-propelled grenades and small-arms fire. Rivera lost his life at age 34.

Rivera is survived by his wife, Sonia and his children Orlando, Stephanie and Sergio.

During Rivera’s service, he received a Bronze Star Medal and a Purple Heart.