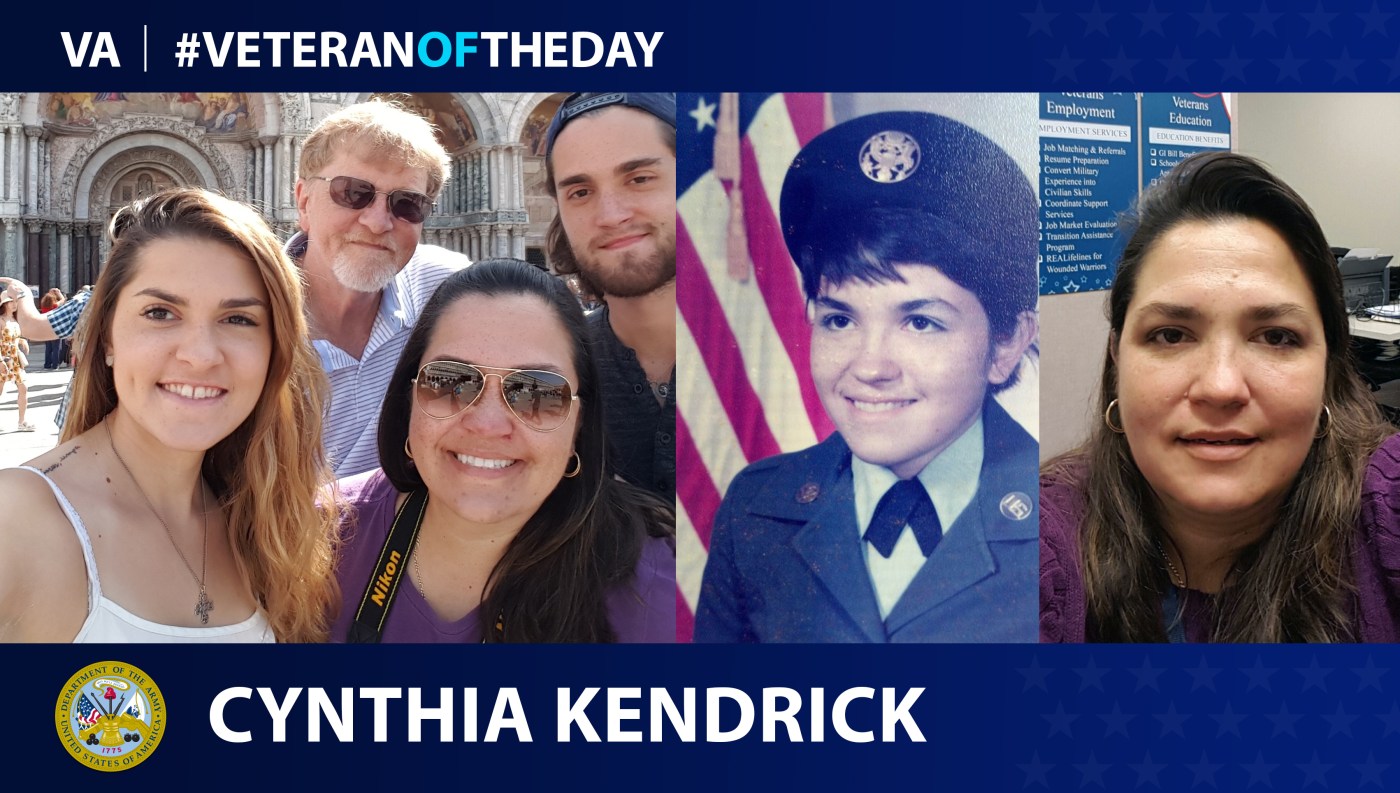 Cindy Kendrick had grown up in the small town of Brownsville, Texas. Her father and grandfather had both served in the military. After graduating from high school, Kendrick enlisted in 1986. Kendrick said she chose to enlist in the Army because the college scholarships that they were offering would give her a better chance at a lasting career.

After completing basic training at Fort Jackson, South Carolina. Kendrick went to Fort Sam Houston in San Antonio, Texas, and later Randolph Air Force Base in Universal City, Texas. She said she liked being stationed in Texas as she was able to remain close to her family in Brownsville.

Kendrick later said that she developed a sense of camaraderie with her fellow soldiers while stationed at Fort Sam Houston and RAB in Texas. From her service, she said she developed greater discipline and began recognizing the importance of teamwork. She also recalled that she gained new patriotic pride for the nation after serving in the Army.

Kendrick honorably discharged as a specialist in 1989. During her service, she received an Army Service Ribbon, a Sharpshooter Qualification Badge and an Army Good Conduct Medal.

Following her honorable discharge, Kendrick relocated to Houston before moving to Pflugerville, Texas. Kendrick currently works as the print and digital designer for the communications department at the Texas Veterans Commission.

Since 2017, she has also served as the assistant marketing director for Honor Flight Houston. As a non-profit organization, Honor Flight Houston takes World War II, Korean War and Vietnam War Veterans to Washington D.C. to visit the memorials dedicated in their honor. All of the trips are free of charge to Veterans and funded by private donations.