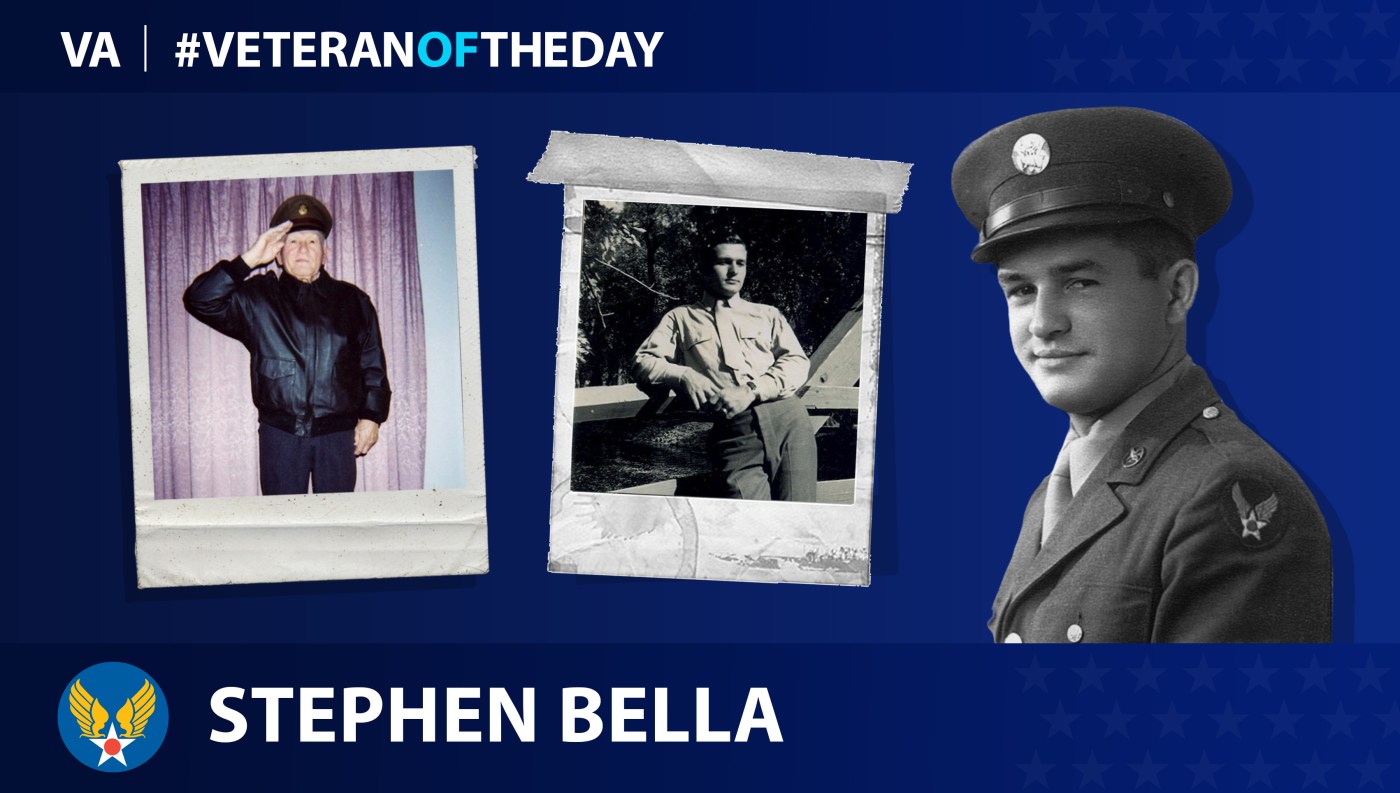 Bella served in the 18th Signal Service Company in Fort Hayes, Ohio, and the 12th Observation Squadron in Fort Knox, Kentucky, before he joined the 7th Air Depot as part of the 9th Air Force. His squadron deployed to England in the summer of 1944 and served in Liverpool, England, where Bella worked to repair sheet metal on planes. The 7th Air Depot later deployed to France in September 1944.

In the fall of 1944, Bella transferred to the 925th Signal Depot. He went to Pierrefonds, France, and soon underwent extra training with the 1st Army. Bella assisted with airplane repairs as the allies advanced east during the Rhineland campaign. During this period, mail from home became harder to receive. However, in the spring of 1945, he managed to receive a package from his wife containing Easter candy and colored Easter eggs.

Two experiences for Bella stood out the most during his service. The first was visiting Napoleon’s home and the Chateau de Pierrefonds while he was stationed in Pierrefonds, France. The second experience was being bombed by the Germans while stationed at an airfield in Reims. Bella recalled that during the Battle of the Bulge, the air raids would happen daily but that the airfield escaped relatively unscathed.

Bella honorably discharged as a private first class in January 1946 after returning to the U.S. Upon leaving the service, he worked for Goodyear Aerospace in sheet metal plane repairs until his retirement. He was also an active member of the local Veterans of Foreign Wars post in his area and attended several reunions for his squadron.