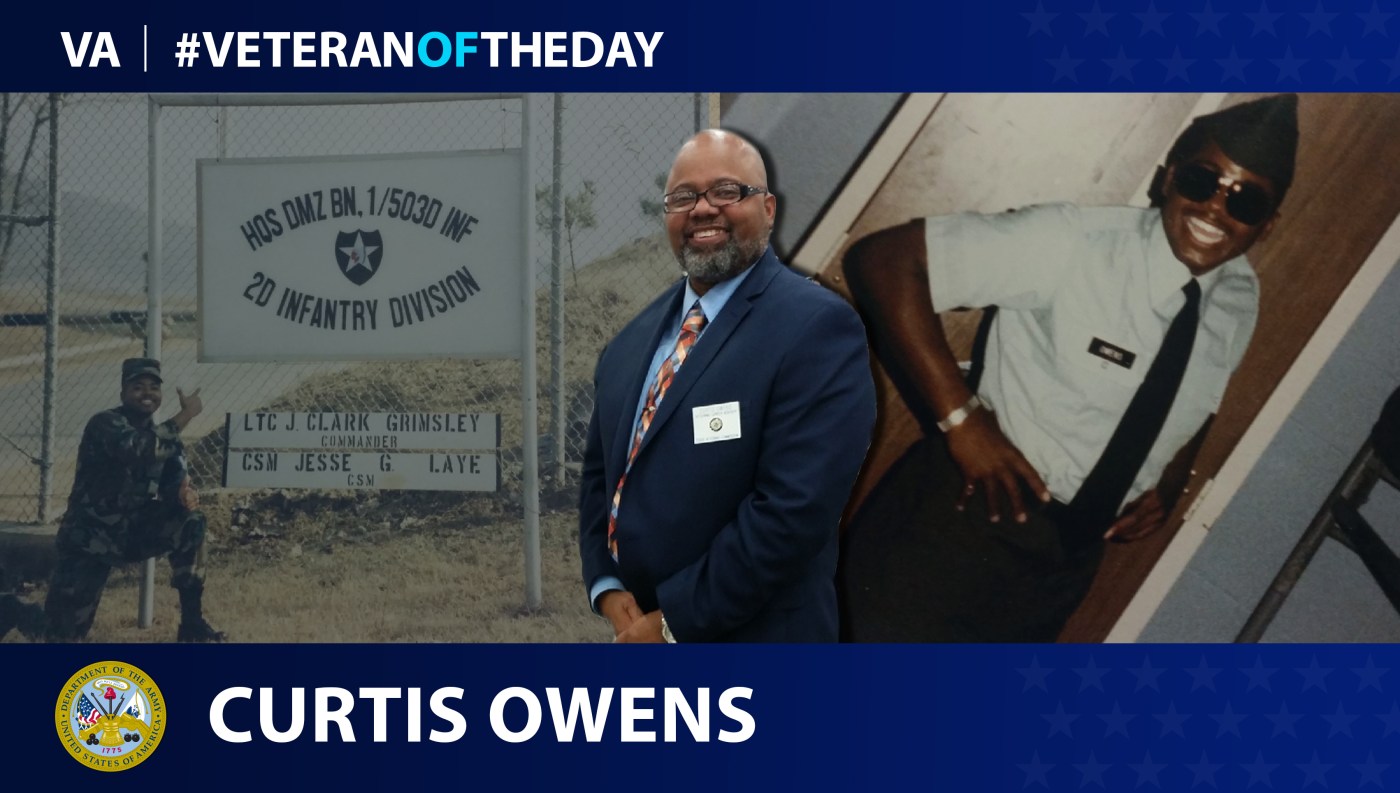 Today’s #VeteranOfTheDay is Army Veteran Curtis Owens, who served with the 101st Airborne Division and now works for the Texas Veterans Commission.

Curtis Owens enlisted in the Army in 1985, completing his basic training at Fort Sill, Oklahoma. He then served with the 101st Airborne Division from June 1986 until February 1989, engaging in air assault training with night missions to prepare for wartime situations and tactical movements in combat.

In March 1989, Owens transferred to the 1st Battalion, 503rd Infantry Regiment in Korea, where he served until March 1990 at the Distribution Management Center (DMC). The DMC has a responsibility to sustain the Army by providing logistics to military men and women around the world.

Owens deployed for the Gulf War. In December 1990, he was injured and returned to Fort Sill, Oklahoma, where he spent time in the 31st Infantry and 2nd Battery Artillery. Due to his injuries, Owens left the Army in 1992 when his term of service expired. Owens received two Army Achievement Medals and was also recognized as Soldier of the Month and Soldier of the Year.

“I joined the military because I wanted the honor that came with the uniform,” Owens said. “It gave me great pride to serve.”

He currently works as a Veteran career advisor for the Veterans Employment Program at the Texas Veterans Commission, where he improves the lives of Veterans and their families by guiding their next steps towards successful careers.